No one is ever too old to get treatment for a substance use disorder. Because the segment of the population over 65 years old is the fastest-growing proportion of Americans, many rehab facilities are making special arrangements to address issues with addiction in this age group.

According to the United States Census Bureau, the fastest-growing segment of the United States population is the group of individuals over age 65. It is expected that by 2030, people above 65 years old will outnumber those under age 18.

As people live longer, many of the demographic factors of people who are over the age of 65 have changed substantially, and the group is no longer homogenous. Typically, the elderly population is divided into three different age brackets:

None of these labels are very flattering; however, it is important to designate different levels of people over 65 due to differences in their physical functioning and cultural and life experiences. If you do not like the label, just refer to the age bracket.

According to the U.S. Census Bureau and the Substance Abuse and Mental Health Services Administration (SAMHSA): 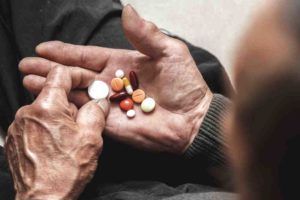 Drug Use in the Elderly

Triggers for Substance Abuse in the Elderly

If you have had any type of substance abuse issue, you are likely to think that certain factors caused your substance abuse. Unfortunately, there is no identified specific cause associated with the development of a substance use disorder. Instead, substance abuse is a result of numerous interacting factors that may differ substantially among different people.

People age 65-plus have their own specific challenges that can contribute to substance abuse in addition to other identified risk factors that occur across all groups, such as genetic associations and stress. Some of the things that might affect you if you older than 65 include:

If you are older than age 65, you have experienced some significant changes in the way your body works. These changes will continue as you get older.

One of the major changes is that your metabolism works much more slowly than it did when you were younger, and your ability to metabolize complex substances like prescription medications has changed. Less of any particular medication can produce more significant effects in you.

Benzodiazepines are regularly prescribed to individuals older than 65, and these may have a significant effect on you if you use them in doses that are typically prescribed for younger individuals. Alcohol use may also affect you differently.

This can increase your chances of developing issues with abuse and physical dependence.

Signs of Addiction in Elderly Individuals

Who is Most At Risk?

According to NIDA and SAMHSA, the highest rates of alcohol use disorders occur in people over age 75 who lost a partner. Rates of substance use disorders among elderly patients in nursing homes may be extremely high. A large percentage of new hospital admissions in elderly individuals may be related to the abuse of alcohol or other drugs.

NIDA specifically states that if you are over the age of 65, you will respond just as well to standard treatment interventions for substance use disorders as younger individuals. However, there may be some adjustments that may make you more comfortable with treatment.