Barbiturates are central nervous system depressants with a high risk for dependence and overdose. Barbiturate Use & Abuse

Barbiturates like Nembutal can generate euphoria. Because of this euphoric effect, it has a high risk of abuse. Table of Content Symptoms of Abuse Effects of Long-Term Use Overdose Symptoms Overdose Treatment Addiction Treatment

Common symptoms of barbiturate abuse include the following:

Most of these cognitive deficiencies are also present in adults who use the drug over a long time. Most people who use the drug long-term exhibit reduced rates of cognition compared to those who don’t use it.

Long-term use of Nembutal has been linked to several health issues, such as:

Altered consciousness Staggering Sluggishness Slurred speech Shallow breathing Lack of coordination Faulty judgment Drowsiness Coma Difficulty thinking Changes in alertness Irritability Memory loss Since many of the signs of overdose are similar to symptoms of abuse, it can sometimes be tough to tell when an overdose has occurred. If you are in doubt, call 911. It’s better to be safe in these instances.

Emergency on-site overdose treatment is primarily focused on getting a good airway and improved breathing ventilation as well as circulation. EMTs may: Administer supplemental oxygen Insert two IV lines to give intravenous fluids and medication. This may only be done when the person exhibits signs of hypotension (abnormally low blood pressure). Secure the person’s airways. They will ensure they are breathing regularly and capable of bilateral breathing. Install an “emergent endotracheal” (ET) intubation, which is a flexible plastic tool placed in the trachea to maintain an open airway. This is only done when the person has significant trouble remaining conscious and cannot maintain the airway on their own. 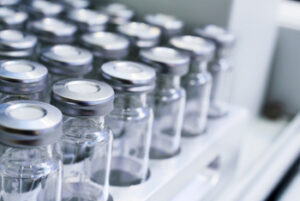 Over the years, the medical field has questioned the effectiveness of activated charcoal in overdose. A 2015 study on activated charcoal from the National Center for Biotechnology Information revisited whether it should still be considered a viable option for treatment.

The study found that while activated charcoal is generally a safe treatment method, it is not without its risks.

One of the risks associated with activated charcoal is pulmonary aspiration (particles moving from the gastrointestinal tract into the voice box, trachea, and lungs).

The study found that out of 4,500 overdose patients, 71 (1.6 percent) of the patients experienced pulmonary aspiration.

In therapy, you’ll address the personal circumstances that contribute to your desire to abuse drugs. You’ll learn coping skills to manage triggers, so you don’t return to substance abuse following withdrawal.