Is Alcoholism Hereditary What the Research Shows

The National Institute on Alcohol Abuse and Alcoholism (NIAAA) publishes that about 16 million Americans struggle with an alcohol use disorder (AUD). Alcohol is one of the most commonly consumed psychoactive substances in the world. Most people can drink it safely and without cause for concern. It is, however, an addictive substance, and problematic use can lead to both alcohol dependence and the onset of alcoholism.

Addiction is a brain disease; it changes the brain’s chemistry and the way the brain processes reward.

When a person drinks alcohol, several of the brain’s neurotransmitters, or chemical messengers that help to regulate mood and central nervous system functions, are affected. Addiction is also classified as a behavioral disease with social implications. As a complex disease, alcoholism has many potential contributing factors, including genetics. NIAAA reports that around half of the risk of alcoholism can be linked to genetics, meaning that the disease is considered to be at least partially hereditary and can run in families. This does not mean that just because you have a parent or sibling who struggles with alcoholism, you will, too. It just means that there may be certain risk factors, or genes, involved.

Family history can indeed contribute to the onset of alcoholism, but this is not the whole story. Environmental factors, personal metabolism and biological aspects, and social influences can all contribute to the development of the disorder.

Understanding the Genetic Link To Alcoholism

No one specific gene can be definitively linked to alcoholism and addiction, as there are likely many different genes involved. Genes make up our DNA. They are passed down from our parents, and they help to determine personal characteristics – but we still have a long way to go when it comes to how they influence our personality. Getting DNA testing can show your ancestry, but it doesn’t determine your character.

That being said, over the years, much research has been done to understand the potential genetic link to addiction and alcoholism, and why it seems to run in some families and not others. The journal Nature Reviews Gastroenterology and Hepatology reports that several genes have been isolated as potential contributors to the hereditary nature of alcoholism.

Both ALDH2 and ADH1B are genes that are involved in how alcohol is metabolized in the body. They are highly prevalent in the Asian population. The journal Alcohol Research and Health publishes that the presence of these genes can actually act as a protector against alcoholism. This is because that if you have one of these genes, you will struggle to metabolize alcohol safely, leading to nausea, rapid heart rate, and flushing when alcohol is consumed.

This makes drinking alcohol much less pleasurable. A person is then less likely to resort to patterns of regular and problematic drinking. In this way, ADH1B and ALDH2 are hereditary factors that actually reduce the risk of developing alcoholism.

One of the major inhibitory neurotransmitters influenced by the consumption of alcohol is gamma-Aminobutyric acid, or GABA, which slows functions of the central nervous system, enhancing relaxation and decreasing stress. GABRA2 (gamma-Aminobutyric acid type A receptor subunit Alpha-2) is a protein-coding gene, influencing GABA-receptors. The journal Alcoholism: Clinical and Experimental Research publishes that it is linked to the onset of alcoholism. The presence of GABRA2 can, therefore, contribute to the hereditary nature of alcoholism.

The long arm of Chromosome 7 contains the acetylcholine receptor gene CHRM2 (cholinergic muscarinic 2 receptor). The journal Genes, Brain and Behavior publishes that this gene has been linked to a heightened risk of alcoholism. CHRM2 is thought to influence the limbic and cortical structure of the brain involving learning and memory functions, information processing, and attention levels. Several different single nucleotide polymorphisms (SNPs) of CHRM2 are believed to increase the odds of developing alcohol dependence, which can lead to alcoholism and influence its heritability.

Endorphins, or lack thereof, may also predispose someone to alcoholism, Medical News Today reports. Endorphins are what make you feel good when you do certain things or eat special foods. Drinking alcohol also causes endorphin levels to rise. When alcohol wears off, the crash can include depressed moods while the brain struggles to reestablish a chemical balance without alcohol’s impact. If you produce fewer endorphins naturally, it can make it harder for you to feel happy without alcohol and, therefore, increases the desire to drink bigger quantities more often. This compounds the risk of problematic drinking, alcohol dependence, and addiction. A lack of naturally occurring endorphins is hereditary and can contribute to alcoholism.

Alcoholism Risk Factors and the Evolution of the Research

Alcohol consumption and drinking have played a role in society for centuries. Alcohol has a long and storied history.

In the early 1900s, excessive drinking and alcoholism were often linked with the decline of society. People struggling with addiction were often considered morally weak and sinners who couldn’t control themselves.

In about the 1930s, popular perception began to shift some. The American Association for Cancer Research publishes that the Research Council on Problems of Alcohol was established to try and figure out a scientific link for the effects of alcohol on humans. The scholar E.M. Jellinek was the executive director and became the first director of the Center of Alcohol Studies at Yale in the early 1940s. Jellinek was instrumental in establishing alcoholism as a disease with scientific considerations, per the Journal of Studies on Alcohol and Drugs.

In the 1940s, Alcoholics Anonymous (AA) was founded, and one of its main premises is that individuals are not in control of their drinking. Research into alcoholism and its genetic and potential heritability has been ongoing for decades since then.

One of the most common forms of research into the family link for alcoholism comes in the form of identical twin studies and study of the human genome, or genomic medicine. Identical twins share the same 23 chromosomes and can, therefore, provide insight into the heritability of diseases and traits.

One of the largest twin studies on alcoholism done to date was performed by researchers at the University of Queensland and the University of Washington, Psychology Today reports. This study showed a genetic predisposition of 50 percent in male identical twins and 30 percent in female twins. It is still held that genetics accounts for about half of the risk of alcoholism. Environmental, behavioral, and social aspects are thought to account for the other half.

Mitigating Risks of Alcoholism Despite Genetics

Again, just because a family member struggles with alcoholism does not mean it is inevitable that you also will. The risk of alcoholism is considered just as much environmental, social, and behavioral as it is genetic and heritable.

The debate between nature versus nature in the development of diseases like alcoholism rages on. Specific genes are being mapped today to try and pinpoint the “addiction gene,” and whether or not there is one gene that will prove to be connected to all people struggling with alcoholism. It believed that genetic, environmental, social, and behavioral factors all contribute to the onset of addiction and alcoholism.

The National Institute on Drug Abuse (NIDA) publishes that if a parent battles alcoholism, the odds of their children also struggling with the disease at some point are increased two to four times over the general public, but less than half of these children will have alcoholism. The journal Biological Research on Addiction reports that genetics do play a role in the heritability of alcoholism; however, no single gene is involved. Rather, many genetic variants and the way they interact with the environment and each other likely contribute. Biological factors such as metabolism, how your brain and body process reward, and how alcohol affects you personally can all influence drinking patterns and potential issues with alcohol.

There are several things you can do to minimize your potential risk of developing alcoholism, especially if it runs in your family. NIAAA publishes that one of the biggest risk factors for developing AUD is a pattern of binge and excessive drinking on a regular basis. 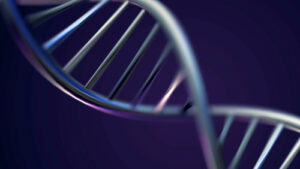 Drinking in moderation and limiting your alcohol consumption can help to decrease the odds of developing alcohol dependence and also for alcoholism.

High levels of stress in the environment, a lack of family support and engagement, and peer pressure can make a person more susceptible to engaging in patterns of problematic drinking that can lead to alcoholism.

Lowering stress levels naturally and surrounding yourself with people who are supportive of sober habits or moderate drinking can be beneficial.

Mixing alcohol with other drugs can also compound the risk of developing alcohol dependence.