Does addiction mean the same thing as dependence? Could someone who is dependent on alcohol or drugs be diagnosed as having an addiction? The terms “addiction” and “dependence” are often used interchangeably, but there are differences between the two.

Let’s look at some research about addiction vs dependence.

Someone struggling with addiction may start mentally or physically declining over time. The characteristics of addiction include:

The Difference between Dependence and Addiction

Dependence is defined as a psychological and physical reliance on a substance and losing control of substance abuse. The biggest difference between addiction and dependence is functionality. While a person who is dependent on a drug needs it to feel normal, it’s not creating a lot of chaos in their lives. But an addicted individual will start experiencing problems due to their drug abuse. 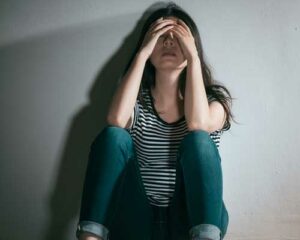 For example, a man named Mark drinks six beers per night. He looks forward to his nightly drinking. He says it relaxes him, and he enjoys the way it makes him feel. Mark eventually develops a physical dependence on alcohol, as it’s an addictive substance. He decides to cut out this bad habit, but he soon starts drinking again. Now he drinks ten or fifteen beers every night, and he sometimes blacks out. Since he can’t stop even though he wants to, his dependence has turned into an addiction.

We know that the difference between addiction and dependence is often challenging to understand. Some organizations may have different names or definitions or use the words interchangeably, which causes mass confusion. The term substance use disorder (SUD) is the preferred way of saying it in the scientific community. Since consistency is lacking, it’s important to establish some ground rules.

When someone uses the term “dependence,” they’re often referring to someone becoming physically dependent on a drug. This means they’ll experience withdrawal symptoms if they decrease the dose or halt use altogether, or they’re unable to experience the effects of the drug at the dose they’ve become used to, known as tolerance. With that said, it’s important to note that you can be dependent on a drug without being addicted. However, addiction typically follows.

Addiction is in its own category and is characterized as changes in behavior, which are caused by the biochemical changes in our brain due to prolonged substance abuse. Getting and using drugs become the main focal point in the person’s life, despite any and all consequences that may follow. For example, if a person is arrested for using drugs and leaves jail to pick up more, they’ve likely developed an addiction. Addiction causes individuals to act erratic or irrational when they cannot get more of their drug of choice.

You may have heard the phrase mental dependence and physical dependence and wondered to yourself, “what are the differences?” Mental dependence is when the use of drugs or alcohol is a conditioned response to something you feel or an event, often referred to as triggers. For example, if you get into an argument with a significant other, your first response will be to pick up a six-pack of beer or call your dealer for illicit drugs. These triggers set off biochemical changes in your brain, which influence addictive behavior.

Symptoms of triggers could include the following:

Why have some organizations scrapped addiction from their vocabulary? Well, the phrase carries a negative connotation and is ambiguous, according to the DSM. The World Health Organization also believed it should be replaced with dependence in 1964, which is likely where the confusion stems.

The leading source to diagnose and understand addiction comes from the Diagnostic and Statistical Manual of Mental Disorders (DSM). The DSM-IV defines dependence and abuse as two completely different disorders. In the most recent edition, however, it does not have this distinction.

Dependence and abuse are defined in a way that measures the time and severity of substance use. Abuse is the early stage of dependence. As it worsens and becomes more frequent, the odds of developing a substance use disorder increase dramatically.

The only way to overcome this is by accepting you have a problem and reaching out for help. Whether you’re in the early stages or have a full-blown disorder, the earlier you get help, the greater your odds of overcoming this successfully. The longer you let this fester, it’ll only hurt you worse in the long term. Let’s take a look at substance abuse disorder.

For a person to be diagnosed with a substance abuse disorder, they must be consistently using alcohol or drugs. As a result, their usage must be causing them psychological or physical impairment. Individuals with SUD often experience health issues, legal problems, and job loss due to their substance abuse.

The Signs of Substance Abuse

Reach Out for Help

Is your loved one struggling with substance abuse or addiction? Are you? If so, it’s important for you to treat it with the seriousness it requires and get help before it’s too late.

For a free and confidential consultation with a specialist at California Highlands, call 855-935-0303 or contact us online now. These professionals are available around the clock to help you navigate your treatment options, verify your insurance, and answer any questions you might have.