Codeine is a prescription pain medication that belongs to the opioid class of drugs. It is used to treat mild-to-moderate pain, and it is also sold in combination medications to address a bad cough or diarrhea. It works by attaching to opioid receptors in the brain that are responsible for sending pain messages throughout the brain and body. As a result, the sense of pain is blocked. Codeine also works by suppressing the cough reflex.

As an opioid, the risk of developing an addiction to codeine is high. All opioids are known to be habit-forming, even when consumed in some of their milder forms, such as codeine.

Once consumed, the body converts codeine into morphine, though it is only about 8 percent to 12 percent as powerful as pure morphine. Nonetheless, tolerance to codeine can develop within just a few days or weeks of daily use. Tolerance can then lead to dependence and addiction if you do not restrict your use very carefully.

For this reason, codeine, like all opioids, is only meant for the short-term treatment of pain or severe cough.

Use that extends beyond a couple of weeks greatly increases the chances of users developing a substance use problem. Use that goes beyond a few months leads to dependence in most people.

Codeine is a legal substance though it can be abused and used for unintended purposes. It is a Schedule II or Schedule III substance, depending on the form you are taking, as classified by the U.S. Drug Enforcement Administration (DEA). The DEA classifies codeine in such a way to raise consumers’ awareness about the acceptable medical uses of codeine as well as the potential for misuse and dependency.

What Are the Side Effects of Codeine?

Side effects experienced by each person taking codeine will vary, as everyone responds to medications slightly differently. There are several common, as well as more severe, side effects you can expect to experience with codeine use. Among them are:

Side Effects of Codeine

It is important to be aware of the side effects you may encounter so that you know how to respond appropriately. Some of the milder side effects, such as headache and nausea, may be managed through simple home remedies and improve as your body gets used to taking codeine. Other side effects, such as changes to your breathing, cardiac arrest, and seizures, require emergency medical attention.

Recent studies have found that prescription opioid misuse has doubled during the past 10 years. It has become a public health crisis that requires immediate and significant attention. Codeine, specifically, is commonly misused by people who mix it with soda, alcohol, and other drugs, such as marijuana and benzodiazepines.

Anytime prescription medications are used in ways other than as prescribed by a doctor, they are being misused. Even if codeine is legally obtained through a prescription, it can still be misused. Taking more codeine at one time than your doctor instructed or taking it for a longer duration than intended can indicate misuse. Additionally, taking codeine simply to get high constitutes misuse.

Prescription opioids are relatively affordable and easy to obtain, making them easy to misuse.

Why Do People Misuse Codeine?

People can misuse codeine intentionally and unintentionally. Unintentionally, people may misuse codeine even when a doctor has prescribed it to them. Perhaps they began taking the medication to address the pain that did not respond to other forms of medication. If taken for too long, their bodies may have developed a tolerance to and dependence on the drug. If those conditions are addressed by increasing dosage amounts, then the chance of misuse leading to addiction is very high.

Recreationally, people misuse opioids like codeine for the sake of getting high. When taken in high enough doses, they can cause a sense of euphoria and relaxation.

“Recreational opioid use is dangerous, however, as opioid drugs mix very poorly with many medications and other substances. Alcohol, as well as benzodiazepines and other opioids, can cause serious adverse effects in people who use them concurrently.”

Can You Overdose on Codeine?

It is possible to overdose on codeine, just like all opioids. Misuse of these drugs has led to the opioid overdose epidemic that was declared a public health emergency in 2017. According to the U.S. Centers for Disease Control and Prevention (CDC), more than 700,000 people died from a drug overdose from 1999 to 2017. Nearly 70 percent of those deaths were due to an overdose related to opioid use. Unfortunately, the number of opioid-related overdose deaths continues to rise each year. In 2017, the number of deaths was six times higher than it was in 1999. Every day, roughly 130 people in the United States die from an opioid overdose.

If someone sees or thinks that another person has overdosed on codeine, it is vital to immediately call 911. A codeine overdose is a medical emergency.

When calling for emergency services, provide them with as many details as possible about the situation and the person who is suspected of having an overdose. Such details include:

You mustn’t leave the person alone. Put a blanket on them to keep them warm. To prevent aspiration, turn them onto their side. Providing resuscitative breathing might be necessary if the person stops breathing.

Codeine is an opioid, so if naloxone is available, it should be administered right away. There is a nasal spray form and an injectable form. Either type must be used exactly per the instructions that come with the medication.

The effects of naloxone last only up to 90 minutes, and it can cause the person receiving it to experience uncomfortable withdrawal symptoms, according to the Harm Reduction Coalition. This can make the person agitated and want to use more codeine, so be prepared for this and support the person while waiting for emergency services to arrive.

How Long Does It Take To Become Addicted To Codeine?

The time it takes to become addicted to codeine varies greatly from person to person. Like all drugs, some people can use codeine for months and never develop a

dependence on it, while others can develop tolerance and dependence within just a few days.

For most people, however, dependence is expected to form with long-term use of opioids of codeine. More than three to four months constitutes long-term use.

To reduce the risks of dependence and addiction, experts recommend taking the minimal amount of opioids you need for the shortest amount of time.

Opioids, especially codeine which is not as strong as other opioids, are considered safe to use when taken exactly as directed by your doctor. Nonetheless, it is important to closely monitor your symptoms of tolerance and dependence so that steps can be taken to ensure addiction does not occur.

What Are Common Symptoms of Codeine Addiction?

Even when used under doctor supervision, it is possible to develop a codeine addiction. If your doctor is unaware of all your symptoms and side effects of using codeine, they may continue to prescribe it without realizing that a substance use disorder is developing.

Symptoms of codeine addiction include:

The appearance of symptoms of addiction varies slightly from person to person, but in general, the person struggling with a substance use disorder will behave in odd ways that aren’t explainable by any other current life events. They will also be unlikely to recognize the severity of their substance use problem.

How Does Addiction Occur?

Opioid addiction can happen to anyone who uses codeine for any amount of time. Some people are more vulnerable than others to develop a codeine use disorder, but there is no way to tell for sure who will and will not develop an issue with the substance.

Opioid addiction occurs because, in addition to relieving symptoms of pain, opioids provide a system of reward. They cause endorphins, known as the “feel-good neurotransmitters,” to be released in the brain. The sense of well-being and slight euphoria that this causes can lead to addiction in people who develop an urge to experience the sensation over and over again and in greater intensities.

Additional risk factors can predispose a person to develop opioid use disorder, such as these:

If you have developed a dependence on codeine, you are likely to experience withdrawal symptoms when you stop taking codeine. Initial withdrawal symptoms can begin to appear within just a few hours of your last dose. For most people, they peak in severity after 48 hours to 72 hours and then gradually dissipate over the next few days.

What Are My Treatment Options?

If you have developed a codeine addiction, there are many treatment options available. Treatment begins with the management of withdrawal symptoms as you go through the detox process. Most formal treatment programs include medically assisted detox to manage the severity of withdrawal symptoms, ensure your physical and psychological safety as you detox, and increase your likelihood of completing your rehab program. 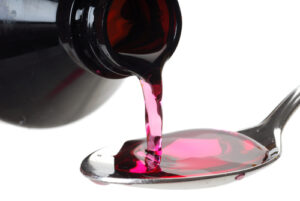 Severe opioid withdrawal symptoms can be treated with alternative opioids, such as naltrexone and methadone. These medications have been approved by the U.S. Food and Drug Administration (FDA) for the treatment of opioid addiction. They work as replacement opioids for the drugs people are addicted to.

They have the same physiological effects on the brain and body, so withdrawal symptoms aren’t experienced as severely, but they do not provide the same reward or sense of pleasure that other opioids do.

As a result, cravings are reduced, as well as the experience of unpleasant withdrawal symptoms.

It is important to note, that detox is only the first phase of addiction treatment.

Only by participating in behavioral therapy can you learn the skills necessary to maintain sobriety once your rehab program ends. Through individual and group therapy, you explore your patterns of substance use, identify triggers, learn and practice healthy coping skills, and establish a long-term aftercare plan that will give you the best chances of success following treatment.

Are There Any Warnings About Codeine Use?

In the case of opioids, the potential for misuse is high and must be carefully weighed against the potential benefits. It is possible to use codeine and other opioids safely, but they must be used under close doctor supervision while keeping a close watch on the development of any signs or symptoms of misuse.