Is Percocet A Controlled Substance?

Percocet is a controlled substance because it contains the opiate medication oxycodone. It is classified as a Schedule II substance by the United States Drug Enforcement Administration(DEA). All medications containing oxycodone are classified in this category by the DEA. This means the drug can only be obtained with a written prescription from a physician.


Why is Acetaminophen in Percocet?

What Immediate Effects May Occur From Using Percocet?

The immediate medicinal effects of using the drug include: 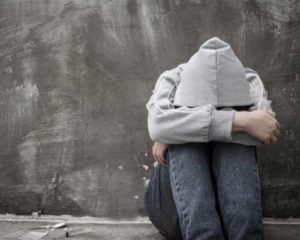 The actions of the drug suppress the functioning of the neurons in the brain and spinal cord often referred to as the central nervous system (CNS). This reduced activity in the CNS accounts for the drug’s medicinal effects, but it can also result in other side effects. Side effects of Percocet include:

A small number of individuals may experience allergic reactions that require medical intervention. The effects of the drug are dose-dependent, such that the higher the dose, the more likely it is that the person will experience extreme effects, such as lethargy, severe constipation, confusion, and problems with movement.

What are the Long-Term Effects of Abusing Percocet?

According to the book Prescription Painkillers: Oxycontin®, Percocet®, Vicodin®, & Other Addictive Analgesics, the effects of taking Percocet can be divided into the immediate effects of using the drug, any side effects that are associated with using the drug in some individuals, and long-term effects that can occur as a result of extended use.

The long-term effects of Percocet may appear in some individuals who use the drug for more than just a few weeks. They include:

When a person uses Percocet under the supervision of a physician on a short-term basis, the potential to experience the above long-term issues is relatively rare. Extended use of Percocet may result in some individuals developing some of the issues listed above.

Drug abusers, who will typically use the drug in far higher amounts and at more frequent intervals than individuals who use the drug for medical reasons while they are under the care of a physician, are far more likely to experience detrimental long-term effects associated with Percocet. Of course, people who abuse Percocet are also more likely to develop a formal opiate use disorder.

Opiate drugs like oxycodone are significant drugs of abuse. Percocet has a significant potential for abuse, as do all medications that contain opiate drugs.

The Substance Abuse and Mental Health Services Administration (SAMHSA) is a governmental organization that collects data regarding the use and misuse of medications and illicit drugs, mental health issues, and other related topics in the United States. SAMHSA releases yearly estimates of the number of individuals in the country who have used or misused certain drugs. These estimates are based on survey data collected by SAMHSA.

Thus, it can be seen that slightly less than 10 percent of individuals who were estimated to use an oxycodone product also misused the drug at least once. This is consistent with other information provided by SAMHSA and reported by other governmental agencies regarding the number of individuals who may develop opiate use disorders as a result of being prescribed opiate medications.

SAMHSA also releases the Center for Behavioral Health Statistics and Quality Report and other data that consistently find that only a  small percentage of individuals who are prescribed these medications actually go on to develop formal substance use disorders (drug abuse or addiction); however, the majority of individuals who use very powerful illicit drugs such as heroin (about 80 percent) began by abusing prescription opiate medications like Percocet. Thus, the problem of opiate abuse is very complex.

The findings also indicate that the majority of individuals who develop substance use disorders as a result of prescription medication abuse get the drug illegally (either by buying it without a prescription, getting it from a friend or a relative, or stealing it).


What is the Risk of Overdose on Percocet?

Individuals who abuse any opiate drug are at an increased risk to experience an overdose on that drug, and Percocet is no exception. The book Poisoning and Drug Overdose reports that the development of tolerance to opiate drugs like Percocet results in individuals who abuse these drugs taking extremely high amounts of the drug that may be fatal to most other people.

In addition, drug abusers are notorious for combining potentially dangerous drugs. Opiate drugs like Percocet are commonly combined with other CNS depressants like alcohol, benzodiazepines, and even other opiate drugs, which can increase the risk for an overdose. Individuals who combine Percocet with stimulant drugs also increase the risk for an overdose of Percocet because the stimulant may reduce the sensations that they normally get from Percocet, and they may take dangerously high amounts of the drug even if they have significant tolerance to it.

“Percocet and other CNS depressants inhibit areas of the brain that control life-sustaining functions like breathing and heart rate. When an individual takes too much Percocet, they can actually shut down these areas of the brain, and this can result in a significant decrease or total shutoff of oxygen to the brain. Such a situation can, of course, lead to significant brain damage or be fatal. Moreover, large doses of Percocet can result in individual vomiting when unconscious, and the person may then choke to death.”

It should also be noted that one of the long-term effects of taking large amounts of acetaminophen is the development of liver damage, which can lead to significant health issues and also be fatal.


What are the Signs of a Substance Use Disorder?

The American Psychiatric Association (APA) now uses the term “substance use disorder” to refer to any case of clinically significant drug abuse or addiction. People who use opiate medications under the supervision of a physician and according to the physician’s instructions may develop a physical dependence on them, but this would not qualify them to have a substance use disorder. This is because the primary features of any substance use disorder are consistent nonmedical use of the substance and the development of significant stress or functional impairment as a result of their substance use.

APA reports that the other major signs of a substance use disorder include:

How Should Percocet Abuse Be Addressed?

According to the American Society of Addiction Medicine (ASAM), chronic abuse of Percocet will most likely lead to the development of physical dependence (withdrawal symptoms when the drug is discontinued). The first step to treating an individual who has chronically abused Percocet is to help them control the distressing withdrawal symptoms that they will most likely experience.

Withdrawal symptoms from Percocet will most often consist of:

ASAM suggests that individuals be fully evaluated by a physician and a mental health care worker and then be placed in a medical detox program. In this program, the physician will administer an opiate replacement medication to control the withdrawal symptoms. This medication will allow the person to get through the withdrawal period with minimal stress (normally the withdrawal process from Percocet can last between two and four weeks). Opiate replacement medications are commonly opiate drugs themselves, such as Suboxone, and the physician will slowly taper down the dosage of this medication at certain points in the process to eventually be able to discontinue the drug altogether.

Other important components of a recovery program include:

Simply completing a medical detox program without further treatment will likely result in relapse. Even individuals with strong treatment programs have an increased potential to relapse, but these individuals often can move forward in their recovery.

ASAM suggests a minimum of five to seven years in treatment with ongoing abstinence before a person is considered to have a reduced risk of relapse. Many people will continue to remain in recovery for many years after they have initially stopped using their drug of choice.

How is Percocet Stored in the Body and For How Long?

Both acetaminophen and oxycodone are mostly processed out of the body through the liver and, in part, excreted through the kidneys and urine. Oxycodone is metabolized into both oxymorphone and nor oxycodone, which are not detectable on typical federal workplace drug testing, the Substance Abuse and Mental Health Services Administration (SAMHSA) publishes.

As a semi-synthetic opioid, oxycodone typically needs to be tested for with immunoassay (EIA) methods that use a cutoff of 300 ng/mL. To prepare for a drug test, it is helpful to know what type of drug test is going to be administered. Primary ways that drugs are tested for include:

A urine test is one of the most common forms of drug tests. In general, Percocet is likely to be detectable in urine within about two hours of taking the drug and up to three or four days after the last dose.

Saliva tests tend to detect the drug more quickly, but potentially for not as long as a urine test. Percocet may be detectable in saliva within the first 15 to 30 minutes of taking it and for about one to four days after the last dose.

A blood test is generally only able to detect oxycodone for the first 24 hours after taking it, while hair testing typically provides the longest detection window. Blood drug tests are not done very often, as they are considered highly invasive and able to pick up on drug use only for a fairly short window of time.

A hair drug test can often track drug use for as long as 90 days; however, drug use typically has to be fairly heavy for Percocet to show up in hair. Hair tests are considered the most noninvasive and can provide a good indicator of regular drug use, but they do not typically show intermittent use of drugs, the journal Child and Adolescent Psychiatric Clinics of North America publishes. A hair drug test can typically show what drugs are used regularly and provide a three-month drug record.

Percocet is a combination medication, containing between 2.5 mg (milligrams) and 10 mg of oxycodone per tablet. The more oxycodone that is in the dose you are taking, the more likely it is to show up on a drug test.

“In general, intermittent use of Percocet is liable to show up on a drug test for a few days (except for a hair drug test). In a chronic and heavy user, it may be detectable for up to a week or so.”

To be safe, when taking a urine, blood, or saliva drug test that checks for oxycodone metabolites, you should stop taking Percocet at least a week before the test. Drug tests will not be able to tell the difference between drug misuse or necessary medicinal use, so be sure to take that into account.

Since oxycodone cessation can come with intense withdrawal symptoms, do not stop taking it suddenly if you have been taking it for a prolonged period. You should consult a physician who can devise a safe tapering schedule or refer you to a medical detox program.

Can Treatment Reverse Long-Term Effects of Percocet Use?

Whether Percocet abuse has continued for weeks, months, or years, if the person is unable to stop on their own and the negative effects are continuing to pile up, the best way to address the problem is with treatment. Engaging in a drug rehab program that offers comprehensive addiction treatment is the only researched-based method of managing a substance use disorder safely and effectively. This means choosing rehabilitation that offers:

If your loved one is struggling with a substance use disorder, learn more about how best to address the issue medically and therapeutically through comprehensive drug treatment.