Domestic violence is a pattern of behavior that is used by the perpetrator to maintain power and control over an intimate partner or some other member of the family.

Domestic violence occurs between partners, ex-partners, family members, or other relatives that are in the person’s circle of contact. The term domestic violence is used whenever there is a close relationship between the perpetrator of the abuse and the victim. It can take the form of sexual, psychological, or physical abuse.

The Reach of Domestic Violence

Domestic violence affects people from all religions, cultures, socioeconomic levels, and ethnic groups. Victims can be of any age, gender, marital status, or sexual orientation.

Most people associate women as domestic violence victims and men as perpetrators. But victims can be men, elderly individuals, or children.

Women are the victims most affected by domestic violence, with more than 1.5 million women assaulted by an intimate partner nearly every year.

According to the 2015 National Intimate Partner and Sexual Violence Survey:

What are the Causes of Domestic Violence?

Today, you would be hard-pressed to find nearly any attribute or behavior that does not have some genetic association. Research has suggested that there are genetic associations between violence and domestic violence. To note, most clinicians and the legal system typically take the view that domestic violence is a learned behavior and also a choice.

Domestic violence tends to run in families. If your father abused your mother, the risk that you will abuse your partner is increased. However, this most likely represents a combination of learned behavior and possibly genetic associations.

The driving force behind nearly every instance of domestic violence is that the perpetrator is attempting to control and gain power over their victim.

It is well-known that domestic violence cases are often associated with alcohol or drug use.

On days when there is heavy drug or alcohol use, physical violence is 11 times more likely among batterers and their victims. Over 20 percent of male abusers report using drugs or alcohol before their most recent violent acts. Victims often report that the perpetrator had been consuming drugs or alcohol.

There is also evidence that victims of domestic violence are at an increased risk for substance abuse.

It’s no secret that both addiction and domestic violence pose a unique and significant effect in our society. While it’s easy to recognize the harmful effects of substance abuse on drug users, they aren’t the only ones affected by their drug and alcohol abuse.

Other studies released from the U.S. Centers for Disease Control and Prevention (CDC) found a direct link between substance abuse and domestic violence.

Why Don't Abuse Victims Get Help?

Perhaps the main reason that some victims of domestic violence do not initially report being abused or may not seek out help is that they often do not view their situation as unusual or drastic. Their relationships are often codependent, and they view the behavior of their partner as “normal.” They may also view themselves as the cause of the aggression or inadequate.

Other obstacles to getting help include fear, concern over the loss of custody of children, self-blame, or feeling that reporting abuse will worsen the situation.

Perpetrators of domestic violence are often controlling and dominating. Fear of reprisal or being unable to escape the situation often dominates the thinking of the victim.

Signs of an Abusive Relationship

Aside from the actual abuse aspect, some of the signs of an abusive relationship include the following:

Although domestic violence is not considered to be a formal mental health disorder, treatment typically involves addressing any underlying mental illness, substance abuse, and treating the whole family.

Substance abuse issues that co-occur with domestic violence may be addressed simultaneously. Substance use disorder treatment should include all the needed components, including medical detox, therapy, group participation, and other medical and nonmedical interventions. 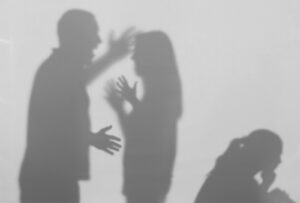 Treatment programs should set up a safe and supportive environment for victims.

They should establish that all parties involved are interested in resolving their differences and continuing treatment together.