Subutex Use and Abuse: Effects and Overview

Subutex contains the active ingredient buprenorphine, which is a partial opioid agonist with a relatively long half-life.

Buprenorphine is one of three medications approved by the U.S. Food and Drug Administration (FDA) to treat opioid dependence. The long half-life of buprenorphine, between 24 and 42 hours, makes it a good candidate for managing cravings and side effects of opioid withdrawal during an addiction treatment program.

Subutex is only a partial opioid agonist, so it does not create the same euphoric high that other full agonists like heroin and prescription painkillers do. It is a sublingual drug that is placed under the tongue and dissolved.

These factors combined with its ceiling effect, which causes buprenorphine to stop having any agonist impact after a certain amount is taken, are intended to make it less likely to be a drug of abuse.

Subutex can be misused, however. While it can create a kind of buzz, it may be more regularly abused as a method to self-medicate from the comedown of other opioid drugs, and/or to address opioid withdrawal.

The  U.S. Drug Enforcement Administration (DEA) publishes that buprenorphine can be a drug of abuse on its own. It is gaining momentum as a primary drug of abuse and a substitute for heroin.

Abuse of Subutex can be fatal, leading to respiratory depression and overdose, especially when it is combined with other central nervous system depressant drugs.

When used repeatedly, dependence on Subutex can form. Addiction is a further risk factor for Subutex abuse.

Subutex is a controlled substance with a potential for abuse that can lead to both short-term and long-term hazards.

As an opioid drug, Subutex can still have mind-altering effects.

Since it is a sublingual tablet, it may be chewed, swallowed, or crushed and then snorted or injected when abused. These methods of abuse change the way the drug is supposed to be metabolized. They can mean the drug will have a significant impact on the brain and body.

Anytime Subutex is taken in a manner it isn’t meant to be taken, or when it’s taken without a prescription, it is drug abuse. Taking Subutex in higher doses, in between doses, or after a prescription runs out are all forms of misuse.

The National Survey on Drug Use and Health (NSDUH) reports that over 700,000 Americans misused a buprenorphine product in the month preceding the 2016 survey.

Abuse of Subutex can cause a person to be impulsive, take greater risks, and make poor decisions, which can lead to increased rates of accidents, injuries, or the potential for contracting a sexually transmitted or infectious disease.

Common Side Effects of Subutex

All these side effects are possible with normal use of Subutex, and they can be compounded if and when the drug is misused.

Using Subutex before another opioid’s analgesic effect has worn off can precipitate acute opioid withdrawal. This can be more significant and intense when brought on this rapidly.

Even though the buprenorphine in Subutex is only a partial opioid agonist, it is still an opioid drug with a high risk for respiratory depression and overdose.

The Substance Abuse and Mental Health Services Administration (SAMHSA) warns that especially when mixed with other central nervous system depressant substances — such as alcohol, sedatives, tranquilizers, or illicit drugs — buprenorphine can cause slowed or stopped breathing that can be fatal.

Two-thirds of all drug overdose deaths involve an opioid drug. Out of the nearly 50,000 opioid overdose deaths in the United States in 2017, more than a third involved a prescription opioid, the U.S. Centers for Disease Control and Prevention (CDC) reports.

In someone who is not dependent on or tolerant to opioids already (opioid-naïve individuals), sublingual buprenorphine may even be fatal in doses as small as 2 mg.

The most recognizable side effect of a Subutex overdose is breathing difficulty. Shallow breathing, struggling to breathe, and lack of breathing altogether can all be signs of an overdose. Pinpoint pupils, confusion, cold and clammy skin that takes on a bluish color, slowed heart rate and blood pressure, dizziness, blurred vision, significant drowsiness, and a possible loss of consciousness are additional signs.

Overdose is a medical emergency. Immediate medical attention should be sought if one is suspected.

Subutex is a habit-forming substance, as it is an opioid-containing medication. This means that with regular use, even with a prescription for medical need, a person can become tolerant to Subutex.

Once tolerance has formed, more frequent and higher doses of the drug will be needed for it to keep working the same way. 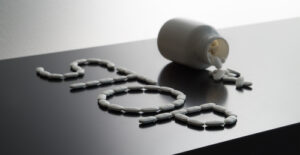 Drug dependence is also a side effect of regular use. Buprenorphine-containing products like Subutex are used to manage opioid withdrawal since the flu-like physical side effects, emotional lows and mood swings, and drug cravings can be fairly significant.

Subutex, when part of an opioid addiction treatment program, can be used as a substitute for other full agonist opioids like heroin or prescription painkillers.

Subutex can be given in lower doses less often and then slowly weaned out of the body through a managed and controlled taper to minimize opioid withdrawal.

When misused or taken long term, Subutex can also produce drug dependence and lead to opioid withdrawal symptoms when use is stopped suddenly.

If taken before other opioids are completely out of the bloodstream, Subutex can cause a more significant opioid withdrawal syndrome as well.

Addiction is a risk factor of Subutex abuse due to the nature of chronic use inducing drug dependence and intense withdrawal symptoms when the drug is not active in the bloodstream.

Over 2 million people in the United States struggled with addiction involving a prescription opioid drug in 2016, the American Society of Addiction Medicine (ASAM) reports.

Addiction is a relapsing and chronic disease that misuse of Subutex can induce. It can have multiple negative consequences that span most facets of a person’s life, as drug use becomes compulsive and out of control.