Addiction in Children: Are There Early Warning Signs?

As we watch our children grow up from helpless babies into functioning beings, our greatest fear is the unknown that appears when we aren’t around. As our children turn into adults, our presence in their lives begins to shrink, and we have to rely on the morals we instilled in them growing up to make the right choices.

Even with everything we’ve taught them, they might succumb to peer pressure in an attempt to fit in with their friends who are experimenting with drugs and alcohol. Experimentation is common in children and young adults, whether with drugs or alcohol or other things, but what happens when it moves past that point? Are there early warning signs for addiction in children?

Substance use in children and teens has a substantial impact on their health and well-being and may cause problems later in their lives, such as addiction. The American Academy of Pediatrics (AAP), along with the U.S. Centers for Disease Control and Prevention (CDC), recommends screening for substance use in children as young as nine years of age. Starting early can help curb potential addiction later in their lives.

Substance Use Statistics Among Children And Teens

As you might expect, alcohol, marijuana, and tobacco are the most commonly abused substances by children and young adults. This is primarily due to its legality throughout the country and easier access.

Despite its legality for anyone under 12, the CDC found that children and young adults ages 12 to 20 consumed ten percent of all alcohol in the United States. Underage drinking can have harmful outcomes and is considered a significant health problem in the country. Excessive drinking is responsible for more than 3,500 deaths and 210,000 years of potential life lost for those under 21. It also cost the United States $24 billion in 2010 and caused 119,000 emergency room visits in 2013.

A 2019 Youth Risk Behavior Survey interviewed high school students in the past 30 days and found that:

Signs Of Underage Drinking Or Drug Use

Children and young adults who drink or use drugs underage are prone to addiction as adults, and some of the early warning signs of use include:

Warning Signs Of Addiction In Children

If you’re concerned that your child is experimenting with drugs and worry it’s turning into an addiction, there are signs of its progression. It’s important to have an open dialogue with your children and discuss the dangers of drug and alcohol use and let them know they can come to you with anything. If you’re open and honest with your child, they’ll be more inclined to open up. If you show anger and fill them with fear, they’re more likely to continue using behind your back.

Here are some early warning signs to determine if your child is battling an addiction:

Some of these changes may become so severe that you don’t recognize your child anymore. It could feel like you’ve lost your child, and in that case, you should speak to your pediatrician about drug testing. 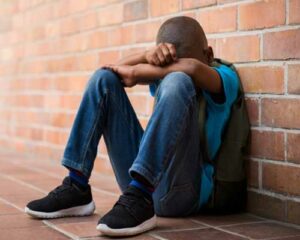 Changes in school attendances and grades:

Addiction will be evident in your child based on their behavior in school. Unfortunately, most schools don’t have the resources to identify the problem, and parents must be the ones to look for signs that include tardiness, attendance problems, or a sudden drop in grades. You must speak with the school directly, and don’t rely on automated messages your child can delete before you get home from work.

Children and adults might become drug dealers to support their habit, which means they’ll have unaccountable sources of income. Or, the opposite might occur. Your children could start stealing jewelry, cash, etc. If you notice some of the other signs we’ve listed and cash issues, it might be an undisputed early sign of addiction in the child.

You might notice a change in the group of friends your children run with, which could point to alcohol or drug abuse. Your child might also be secretive about their mobile phone.

Dramatic changes in mood or personality:

In many situations, children develop an addiction to drugs or alcohol because they experience mental health issues like depression. It’s challenging to determine which problem came first since many of the signs and symptoms of substance abuse are similar to mental health issues. Anxiety or depression could be caused by drug abuse, or it could be the reason your child started using in the first place. Only a licensed medical professional can make this determination.

Missing medication from your medicine cabinet:

If you’re prescribed medication and realize you’re finishing it faster than usual, it could be a sign your child is abusing prescription drugs. Children know which medications can get them high, such as opioids or ADHD medicine.

Children and young adults care more about their appearance than others, and looking good at all times is vital. If you start to notice they are showering less, not washing their clothes, combing their hair, or keeping up with dental hygiene, these are all early warning signs of a growing addiction in children. A lack of sleep may also cause dark circles under their eyes. Their attention will shift from how they appear to find access to drugs or alcohol. You must pay attention to subtle changes in their life and speak with a professional who can help you determine if their behavior is expected.