How to Identify Drug Use in the Workplace

Drug or alcohol misuse in the workplace can cause serious problems. According to a 2017 Psychology Today article, up to 20 million people in the United States reported alcohol impairment at work at least one time during the prior year.

Common Signs of Drug Use in the Workplace

Drug use in the workplace can result in decreased productivity, injuries, accidents, and even fatalities.

Even prescription medication can cause problems for people who have not used these drugs before. Businesses can also be sued because of an employee’s drug-induced behavior.

We often believe that people who use drugs fall into certain stereotypes, but people of all persuasions and in all industries can have a drug or alcohol misuse problem.

A few signs of substance misuse are:

The Substance Abuse and Mental Health Services Administration (SAMHSA) outlines other signs of troubling drug or alcohol use, such as:

Other common signs of drug use, according to the Mayo Clinic, are: 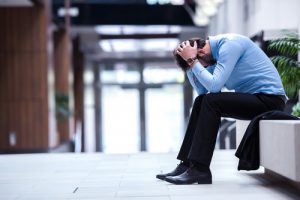 Signs of Drug Use at Work Related to Particular Drugs

Signs of Drug Use at Work Related to Particular Drugs

Some signs are particular to certain drugs.

Users may smell like cannabis and have red eyes. The Mayo Clinic says that some people become anxious or paranoid.

Both synthetic opioids and cathinone are unlawful in many states. Some people may experience changes in mood and hallucinations. Problems with thinking and a loss of coordination can also be side effects of these drugs.

Stimulants, such as meth and cocaine

If a person snorts these drugs, they may have constant congestion and mucus. Other side effects are tooth decay, mouth sores, or gum disease, otherwise known as meth mouth.

Common signs of use of these drugs include slurred speech, eye movements the individual cannot control, and sleepiness. These drugs affect the central nervous system.

Otherwise known as hallucinogens, these can cause people to start shaking, quickly change emotions, have difficulty speaking, or experience a lack of tolerance to noises.

These can include heroin and prescription medications. Slurred speech, needle marks, and decreased awareness of surroundings are signs of abuse.

These can include paint thinners, glue, gasoline, and aerosol products. Continued use of these products could cause sudden death or brain damage. People who use these substances often smell like inhalants. They may also develop a rash around their mouths or noses. Signs of use could include a lack of coordination and slurred speech.

When Drug Use Is a Substance Use Disorder

Drug use in the workplace could be a sign that an employee is seeking a recreational high during work hours. However, using drugs at work could also be a sign of a serious substance use problem. For the most part, people who use recreational substances try to keep their work and recreation separate. However, as a substance use disorder starts to take over different parts of their life, drug use may start to spill over into work hours.

Addiction is ultimately identified by compulsive drug use despite serious consequences. Those consequences may involve drug health concerns and relationship problems, but they can also involve struggling work performance, tardiness, missed days, and poor communication at work. Identifying a substance use disorder may be an important step in helping someone get help and achieve sobriety. It also can help you understand the difference between drug misuse and addiction. Someone who abuses alcohol or drugs but doesn’t have a chemical dependence or addiction may be able to stop using if they’re confronted or when their drug use leads to problems. However, addiction can quickly get out of control, and it can be difficult to stop, even if you recognize that it’s become a problem.

The signs and symptoms of a substance use disorder according to the DSM-5 include:

What To Do If You Suspect Drug Use at Work

If you are a colleague or supervisor of someone you suspect is misusing drugs or alcohol in the workplace, there may already be a policy in place to fall back on. As SAMHSA mentions, some states have laws that require places of employment to have a policy that addresses drug use.

Before confronting someone or reporting suspected drug use, check if your workplace has:

If you are a supervisor and suspect a subordinate’s drug use, SAMHSA offers some advice.

Be able to answer any questions about why the policy was implemented and reasons for the consequences it outlines for employees who are caught using drugs or alcohol.

If you suspect a person is using drugs or alcohol, employees deserve a chance to refute these accusations. If there are any collective bargaining agreements, make sure you comply with these so that everyone’s rights are respected.

Once you have assessed both company policy and collective bargaining, make sure that you follow every procedure listed. If you are discussing drug or alcohol misuse with more than one employee, everyone must be treated the same way.

Collective bargaining agreements and company policy may also mention drug testing. Make sure that this process is fair for the employee. SAMHSA suggests checking up on a laboratory’s quality control so that positive results can be easily confirmed.

Do not wait until it is too late for an employee to try to make amends or fix their situation. Workplace supervisors must make observations early so that steps taken do not have to be drastic or extreme for both the employee and the company. This will assist the employee, and it can improve workplace safety.

Document any instances where an employee may have been affected by drugs. Write down absences or any instances during which the employee underperforms. These examples can help you make your case when talking to your employee.

You will need to plan a meeting and mention anything you have documented. You should also be prepared to discuss an EAP with your employee and guide the person through any processes. Mention a person’s contributions to the organization as well, and set deadlines for improvements and seeking help.

As a supervisor, keep the conversation within the parameters of how the employee can improve at their job. You should also agree on another meeting to check up on the employee’s progress.

Refer employees to a program, if appropriate

This should not come across as a disciplinary action but as a form of assistance.

Organizations like SAMHSA provide guidelines for a drug-free workplace if you do not yet have guidelines in place. There are pros and cons to drug testing employees.

If you are an employee, always be familiar with your employer’s drug use policy and make sure to adhere to it before confronting someone else at work about possible drug use. The Alcohol and Drug Foundation mentions some ideas for employees who are not in managerial positions: