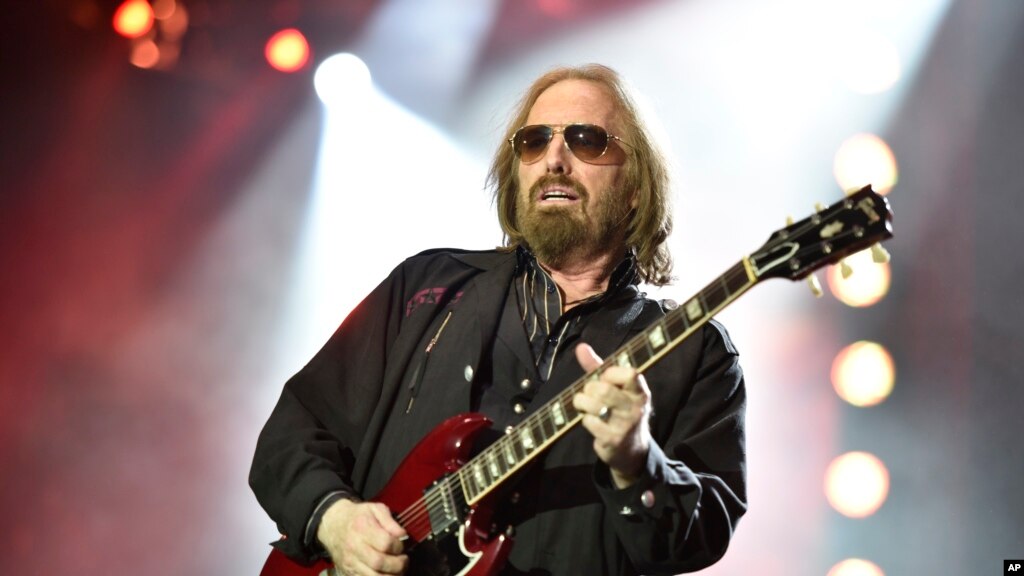 Petty was found unconscious after suffering full cardiac arrest at his California home early Monday morning. He was rushed to the UCLA Medical Center but could not be revived. He died peacefully while surrounded by family, bandmates, and friends, according to a statement by his longtime manager Tony Dimitriades.

Born in Gainesville, Fla., in 1950, Petty became fascinated with rock ‘n’ roll music at the age of 11 when he met Elvis Presley on the set of the movie “Follow That Dream” in Ocala, Fla., during the summer of 1961. According to accounts, Petty’s uncle was working on the set and invited the young boy to watch the movie shoot. But it wasn’t until he saw a performance by the Beatles on The Ed Sullivan Show that he knew he wanted to be in a band and make music.

“The minute I saw the Beatles on The Ed Sullivan Show—and it’s true of thousands of guys—there was the way out,” Petty once said in an interview as he recalled the moment he knew he wanted to be in a band. “There was the way to do it. You get your friends and you’re a self-contained unit. And you make the music. And it looked like so much fun…I had been a big fan of Elvis. But I really saw in the Beatles that here’s something I could do. I knew I could do it.”

The singer, songwriter, and guitarist went on to find success with bands Mudcrutch and Tom Petty and the Heartbreakers, and also as a solo artist. He’s sold more than 80 million records, sources report, and just recently, he wrapped up a 40th anniversary tour with the Heartbreakers at the Hollywood Bowl in Los Angeles.  But along with his long-running, successful career, Petty endured personal turmoil as he struggled with emotional scars of an abusive childhood at the hands of an alcoholic father who had regularly beaten him. He also battled mental health issues that contributed to the eventual end of his 22-year marriage to ex-wife, Jane Benyo, in 1996.

Music was an escape from his troubles, but it couldn’t insulate him from the staggering weight of the divorce. To cope with his grief, loss, and stress, he picked up heroin and developed an addiction while in his 50s.

It wasn’t until later in his career; however, that Petty would reveal this to the world.

In 2015, Petty shared publicly for the first time that he had secretly battled heroin addiction in the 1990s. He documented his struggle in “Petty: The Biography,” written by his friend and former tour mate Warren Zanes, who was the guitarist for the 1980s group the Del Fuegos.

In an excerpt of the book, shared exclusively by Billboard.com, Petty explained how he felt when he realized he wanted out of his addiction.

“You start losing your soul,” he says in the book. “I wanted to quit. Using heroin went against my grain. I didn’t want to be enslaved to anything. So I was always trying to figure out how to do less, and then that wouldn’t work. Tried to go cold turkey, and that wouldn’t work.”

Zanes explained to The Washington Post why Petty battled heroin addiction later in his career, saying, “That happens when the pain becomes too much and you live in a world, in a culture, where people have reached in the direction of heroin to stop the pain. He’s a rock and roller. He had encounters with people who did heroin, and he hit a point in his life when he did not know what to do with the pain he was feeling.”

Zanes also shared that Petty was hesitant to go public about his addiction because he did not want to put a bad example out there for young people who may learn about his struggles with the highly addictive street drug.

Petty didn’t want anyone to think that using heroin was an option.

“I fear that if I talk about it, people will think, ‘Well, I could do it and get off.’ But you can’t. Very few people do,” he said in the book.

In an interview with WBUR, Zanes said Petty treated his addiction under the supervision of doctors.

While Petty overcame his heroin addiction, went on to remarry, and continued on with his legendary career until his death, thousands still deal with opiate addiction every day. Some even die from it.

The decision to “try heroin just once” is just enough to become addicted to it, as DrugFreeWorld.com warns.

Heroin users either inject, snort, sniff, or smoke heroin, an illegal opioid that is synthesized from morphine that is extracted from the seed pod of opium poppy plants. However, it is three times stronger than morphine, and can be made even more dangerous if it is “cut” with dangerous substances, like rat poison and other lethal opioids such as fentanyl, which is 30 to 50 times stronger than heroin. If users get a dose of heroin cut with fentanyl or carfentanil, an animal sedative that can knock out a 2,000-pound elephant, they may not survive.

The pull of heroin addiction is strong, but there is help. Treatment at a quality facility can get the heroin abuser back on track. Recovery is possible.