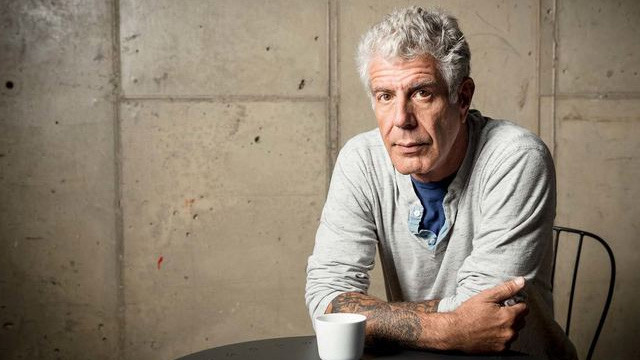 He was found unresponsive Friday morning by friend and chef Eric Ripert. According to CNN, the cause of death has been determined to be suicide. The news came three days after fashion designer Kate Spade died of apparent suicide in her New York apartment.

From his birth on June 25, 1956, to his death on June 8, 2018, Bourdain had come a long way. In his New York Times bestseller, “Kitchen Confidential: Adventures in the Culinary Underbelly,” he describes a naïve youth full of debauchery and drug abuse. Addicted to heroin in the 1980s, Bourdain eventually kicked the habit after five years of methadone treatment. This followed his relapse and subsequent addiction to crack cocaine throughout the 1990s.

At some point during this era, the salt-and-pepper-haired chef hit rock bottom and admitted himself into rehab. This was the first and only time that Bourdain went to rehab and is quoted saying, “Maybe ‘cause my experiences were so awful in the end, I’ve never been tempted to relapse.”

Bourdain’s Influence On The World

Bourdain has been a known unrepentant drinker and smoker throughout his television career and claims to be a member of a small group of people in recovery who can allow themselves to drink in moderation. Bourdain quit smoking cigarettes with the birth of his daughter in 2007. Sadly ironic in retrospect, he once said, “… I’ve had more time on this Earth than I probably deserve, and I enjoy cigarettes very much, but now I feel that I owe this child who loves me to at least try to live a little longer, you know?” Since getting clean, Bourdain came to be one of the most influential chefs of his generation.

Owning his archetype better than anyone else in his generation, Bourdain was the epitome of bad boy chefs. As rough around the edges as the reality TV chef made himself out to be, there was always more to the hedonistic lifestyle he lived than street food and booze. Bourdain’s shows celebrate the diversity of other cultures. Unlike the majority of celebrity chef shows, Bourdain would venture to the farthest reaches of the earth finding rare street food delicacies and gems of home cooking.

He emphasized the impact of food on culture and the lives of those involved and encouraged others to broaden their palates and horizons. Bourdain embodied the counterculture of the culinary industry, frequently and without hesitation denouncing many of the biggest names in cooking. These conflicts would often be over differences in opinion of respectable cooking practices. Rachael Ray, Paula Deen, Bobby Flay, and a plethora of other chefs have found themselves under the reticle of the skeptic at one point or another. An unforgettable character, I’m confident his bold and unapologetic demeanor will permit his name to echo in the metaphorical culinary hall of fame.

Bourdain graduated from living paycheck to paycheck until the age of 44 to becoming a household name with his own show on CNN. Beyond that, he was the recipient of a Creative Arts Emmy Award, a Peabody award, and an honorary doctorate from The Culinary Institute of America just to name a few.

Anthony’s passing came as a shock to the masses of Americans who had known him as the sharp-tongued chef from television. Enduring his second divorce in 2016 and traveling abroad to film his show for more than half the year, Bourdain has expressed disdain in his inability to spend time with his daughter. I am hopeful that this tragedy turns the public’s focus on the issue of mental health for longer than however long the media chooses to broadcast the circumstances of his death.

Depression is a slow and silent killer. According to the CDC, nearly 45,000 people died from suicide in America in 2016. More than half of those deaths, 54 percent to be exact, were people who had not been diagnosed with a known mental health condition.

If you or a loved one is suffering from drug addiction or mental illness, it is never too early or too late to try and find help. You can always call the National Suicide Prevention Lifeline at 800-273-8255 when you feel like you’re corned by despair.

And, if you feel substance abuse is the only solution to your mental health problems, call Delphi Behavioral health Group at 844-915-2983. One of our many addiction specialists will be more than happy to show you there are other, more positive treatment solutions available.

“Travel changes you. As you move through this life and this world, you change things slightly, you leave marks behind, however small. And in return, life—and travel—leaves marks on you. Most of the time, those marks—on your body or on your heart—are beautiful. Often, though, they hurt.” – Anthony Bourdain