Harmful Effects of a Heroin Overdose on the Brain and Body

Heroin overdose is a real possibility each time people use the drug. This includes first-time or infrequent users who may not realize they have taken too much of it as well as chronic users who ingest more of the drug because of a high tolerance that has built up over time. All are at risk of using a batch of heroin that is more potent than they know, either because the drug is in a purer form or it’s been cut with fentanyl or other dangerous products.

The number of people who overdose on this addictive, illegal depressant has swelled in recent years. In 2015, more adults in the U.S. died from heroin overdoses than from gun violence, and the American Society of Addiction Medicine estimates that at least 517,000 people in the country are battling heroin addiction.

Heroin overdoses have increased in recent years, the NIDA reports, citing data from the U.S. Centers for Disease Control and Prevention. The institute also reports that the greatest increase in heroin use is occurring among U.S. adults between the ages of 18 and 25.

Heroin comes from the naturally occurring substance morphine, which comes from the seed pod of the Asian poppy plant. The substance, which is three times as strong as morphine, can appear as a white-, brown-, or pink-colored powder and can be smoked, dissolved in water for injection, or snorted. Black tar heroin, a substance that bears similarities to tar, is also injected. Heroin is known on the streets as H, Smack, Black Tar, Mud, Dragon, Mexican Brown, and Thunder.

In most cases, heroin is cut with any substance, among them sugar, starch, flour, powdered milk, and other products, so dealers can stretch out their supply and profits by making the drug last longer. While this practice may be good for the dealer’s business, it spells trouble for the people who use it because of the increased risks of overdose attached.

How Heroin Affects the Brain and Body

When heroin reaches the brain, it turns back into morphine and quickly binds to the mu-opioid receptors (MORs), which affect pleasure and pain. NIDA explains what happens when these receptors are activated.

“When MORs are activated in the reward center of the brain, they stimulate the release of the neurotransmitter dopamine, causing a reinforcement of drug-taking behavior. The consequences of activating opioid receptors with externally administered opioids such as heroin (versus naturally occurring chemicals within our bodies) depend on a variety of factors: how much is used, the location in the brain or body it binds, how strongly it binds, and for how long, how quickly it gets there, and what happens afterward.”

Heroin users report feeling a euphoric rush upon taking it. Its effects linger for various periods depending on how it is delivered into the body. Users can feel the drug’s effects within 10 to 15 minutes of snorting or smoking it. Heroin injection ensures the high will be reached much faster as the substance goes directly into the bloodstream. It can take just minutes for an intramuscular or intravenous injection to take effect.

Warm, flushed skin, a dry mouth, and numbness in the arms and legs are also short-term effects of heroin use. Users may feel like they are in a mental fog and not be able to think clearly.

The drug also affects areas of the brain that control heart rate as well as sleeping and breathing. Excessive heroin use changes the physical structure and physiological changes in the brain. These changes make it hard to stop using heroin and users get pulled deeper into their addiction.

The changes that result from chronic heroin use can create imbalances in neuronal and hormonal systems that are not easily reversed, according to the National Institute on Drug Abuse. Heroin users may also find they have difficulties with making decisions and regulating their behavior. These conditions have been linked to the breakdown of white matter in the brain that results from regular heroin use.

NIDA explains that a heroin overdose occurs when a person uses enough of it to cause a life-threatening reaction or death. “A large dose of heroin depresses heart rate and breathing to such an extent that a user cannot survive without medical help,” it writes. Other symptoms include:

Heroin overdose can happen rather quickly. If caught in time by emergency medical personnel, the prescription medication naloxone, known by the brand name Narcan, can be used to block the opioid’s effects and reverse the overdose. The antidote knocks the heroin out of the opiate receptors in the brain, according to Stop Overdose Illinois. The site explains that a naloxone dose can help the affected person breathe more normally and make it easier to wake them up.

“The timing of a naloxone dose is important as the window to getting life-saving help is small. The longer the brain goes without oxygen due to someone not being able to breathe during a heroin overdose, the more likely damage is to occur.”

Naloxone can be given by anyone who receives basic training on how to administer it, including family and friends. It works within five minutes and can be given one of two ways. It can be administered as an intramuscular injection into the muscle of an arm, a thigh, or the buttocks. Or, it can be used as a nasal spray for the nose. More than one dose or even two may be needed to help bring back the person who has overdosed. 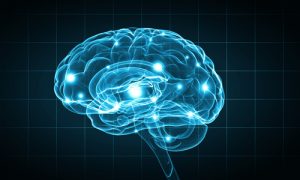 Despite its effectiveness in many cases, it is important to note that naloxone is not a foolproof antidote for heroin overdose.

Today’s batches of heroin often include other things in it, including stronger drugs, such as the deadly opioid fentanyl, which could affect the effectiveness of naloxone. In many cases, users are not even aware that what they are buying or using contains ingredients that can kill them or bring them great harm.

Also, the effects of an overdose can outlast the effects of naloxone, which means users who have overdosed can slip back into that state after the naloxone wears off.

According to Stop Overdose Illinois, naloxone can wear off after 30 minutes and will mostly vanish after 90 minutes. It is advised to watch a person who has received naloxone treatment because they can still be in overdose mode and need another naloxone treatment.

How one’s health is affected by heroin depends on variables that are unique to that person. Several factors affect the outcome including:

Factors Affecting Outcome of Heroin Use on Health

Long-term heroin use brings many medical complications with it, including infections and diseases such as HIV (human immunodeficiency virus) infection, which can lead to AIDS (Acquired Immunodeficiency Syndrome), endocarditis (infection of the valves and inner lining of the heart), and tetanus, a poisonous bacterial infection that seriously affects the nervous system.

If you or a loved one find that ending dependence on this deadly opiate is difficult, perhaps it is time to consider treatment at a professional rehabilitation center.

Not many users stop to think about the harmful effects of a heroin overdose on the brain and body. Each high makes users chase the next one and the next—that is, if they don’t overdose first. Chronic heroin use puts many people on an uncertain road, and some of those people do not make it. They die.  Whether it’s heroin or any other addictive substance, substance abuse and addiction hurt so many people and takes away many things, including health, relationships, income, well-being, and so much more. Battling an addiction with one of the most addictive drugs out there can be difficult without professional help from trained addiction specialists, but that’s what we’re here for. We can help you. Treatment programs at Delphi Behavioral Health Group’s facilities provide therapy and counseling methods for certain substance addictions. They are designed to allow our clients to receive the daily support of the facility’s staff and their loved ones when they return home. Our treatment centers provide just what’s needed for community, counseling, and support throughout the day so clients can apply the lessons they learn to their lives everyday life. Give us a call to discuss your or your loved one’s options today.