Is Hydrocodone Cut With Other Drugs? (How to Know)

Hydrocodone is an opiate medication often prescribed for severe pain, according to MedlinePlus.

It is so powerful that doctors caution against prescribing it to patients who could use other types of medications or therapies to deal with health issues.

Hydrocodone is often abused and sold on the black market. Illegal hydrocodone pills may be cut with other drugs and substances.

How To Tell If Your Hydrocodone Is Mixed With Something Else

A report from Fox News 9 in 2018 said that many counterfeit pill manufacturers take extra care to make sure they use imprints and colors of prescription drugs so they look real. This makes it more difficult to know what you are taking just by looking at it.

There are best practices to test drugs and find out if they are mixed with fentanyl or other illicit ingredients. They suggest that people who discover their pills are tainted do the following:

Testing drugs is the only way to know what is really in them. An article on Tonic says it is important to make sure people can do this because telling them to stop taking street versions of prescription pills does not always work.

The Rise of Laced Hydrocodone

A 2016  U.S. CDC report highlights an outbreak in counterfeit Norco (hydrocodone and acetaminophen) pills between late March and early April of that year. Two people were admitted to the emergency room after taking counterfeit pills tainted with fentanyl and promethazine.

Fentanyl is known to be 100 times more powerful than morphine. It is not approved for use in pill form. It also works quickly in the nervous system. Promethazine is commonly used to make opioid highs more intense.

The U.S. Drug Enforcement Administration (DEA) issued a warning about fake pills that might be cut with fentanyl, as mentioned in The Guardian in July 2016. Not only did this warning cover hydrocodone, but it also addressed other popular prescription medications that are often abused, such as Xanax, oxycodone, and Valium.

The U.S. DEA mentioned that prescription drug counterfeiters often use pharmacy-grade machines that can make street versions of these medications look similar to the real thing.

A Rolling Stone article from August 2018 mentions two possible explanations for why fentanyl is found in so many street drugs.

Who Is Likely To Buy Cut Hydrocodone?

Anyone who uses hydrocodone recreationally and chooses to buy it illegally is at risk of purchasing counterfeit pills. More data is needed to learn about the demographics of those who are making these illegal purchases.

In 2016, the San Francisco Chronicle reported that two victims in the explosion of counterfeit pills in the Bay Area were aged 30 and 36. An estimated 12 people died in Sacramento, which also experienced an outbreak of laced pills in 2016.

Even some celebrities have been victims of pills that have been contaminated with substances like fentanyl, including Demi Lavato.

What To Do if You Think You’ve Taken Laced Hydrocodone

Even though some cities in Canada and the United States are starting to offer safe injection sites and making sure paramedics have naloxone, taking illicitly purchased hydrocodone is always risky. Counterfeit pills are dangerous on their own, but they are more dangerous if alcohol or other drugs are taken along with them.

Hydrocodone tainted with substances to make it stronger may cause an overdose, even in people who have used it in the past.

Call 911 immediately if you notice someone is displaying the following symptoms after taking a suspected dose of laced hydrocodone:

Do not leave a user alone if you see them in this condition. Call for help if there is even a slight problem. This can save a person’s life. If emergency services arrive in time, paramedics can stabilize the user who may have taken tainted hydrocodone pills.

This medication is often mixed with acetaminophen and known by its brand names, Norco and Vicodin. 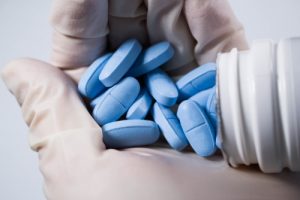 Acetaminophen-hydrocodone mixtures have a black box warning from the U.S. Food and Drug Administration, cautioning of their addictive potential.

Most people who are given hydrocodone get used to it. If pain is still a problem, a doctor will increase a patient’s dose after three to seven days, so the medication will assist them.

Hydrocodone poses the risk of misuse and dependency. After periods of sustained use, patients should not stop using the medication cold turkey, as it could cause withdrawal.

They should seek their doctor’s advice first. If people start taking hydrocodone for recreational purposes, they might ferret it from illicit sources.

The U.S. Centers for Disease Control and Prevention (CDC) warns that buying hydrocodone from drug dealers or unlicensed sellers may result in exposure to versions that are laced with other substances.

If you struggle with opioid abuse, evidenced by your desire to purchase hydrocodone pills on the street or from other illicit sources, it’s time to get help. The risk of buying hydrocodone that has been cut with other dangerous substances like fentanyl is too high. The only way to stay safe is to get help and stop abusing all opioids.