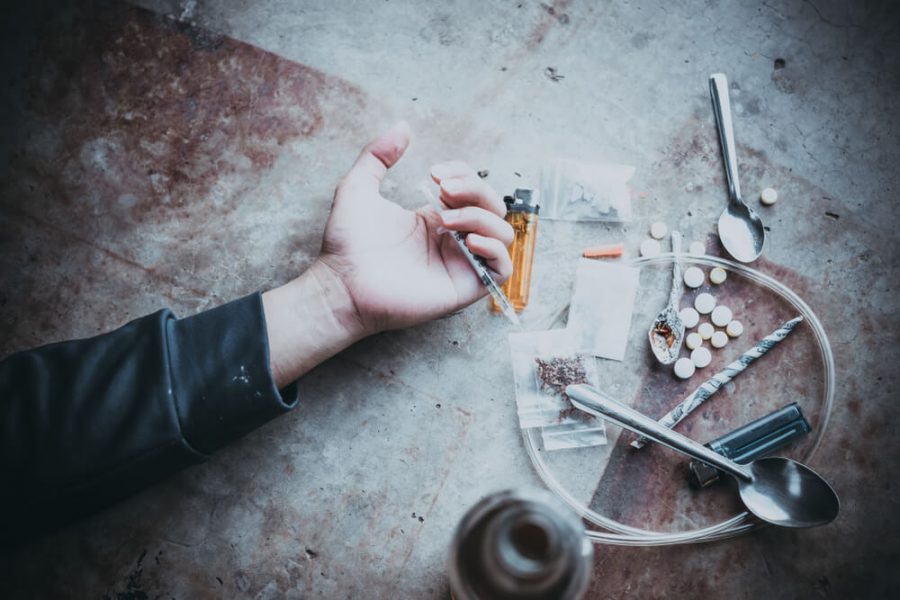 The stigma of substance abuse and addiction misinforms individuals that only violence, crime, and negativity arise from whoever is involved in the trade. However, the connection between drugs and violence does not only pertain to the individual suffering from addiction.

The connection between drugs and violence is more widely spread in individuals who grow and manufacture the drugs, smuggle them into the United States, and are affiliated with the top tier of drug dealers or the cartels, themselves.

The truth is, no matter what role you are playing in the war on drugs, violence is going to arise from drug addiction or distribution. Although drugs and violence are connected with each other, there are different levels of crime that individuals commit. It’s unlikely that an individual in active addiction is going to walk around beheading people. Surprisingly, this is a common occurrence within the Mexican cartels that often goes unnoticed.

Active addiction can take people to places they never expect to go. Addiction is a disease that creates the illusion within an individual that they are bulletproof. The attitude of an active addict is the culprit of any misfortune, including acts of violence or committing a crime.

Most crimes involving an individual suffering from addiction is usually harmless. There are, unfortunately, cases where addicts get in with the wrong people, which is what might support the general consensus that all drug addicts are criminals. However, there is no evidence that suggests every individual in active addiction is participating in violent acts.

Although there are special cases where people participated in unspeakable acts for the next one; they occur mostly out of desperation.

Drugs affect the area of the brain that helps control irrational behavior and thinking. When these areas of the brain are constantly affected, it may result in someone with a history of violent behaviors to act out while they are under the influence. Typically, an individual in active addiction is not necessarily violent because they want to be. They could just be at the end of their rope with no other place to turn except to violence or crime.

Most of the time, those addicted to drugs are generally non-violent but they might act out due to the stronghold addiction has over their mind as well as their body.

An article from Vice captures the reality of the rising number of death tolls within the Mexican cartels. The Mexican cartels contribute to tens of thousands drug-related killings a year. Drugs and violence led to the majority of conflict within the cartels as well as the United States.

Mexican cartels control much of the illegal drug trade from South American into the United States. The cartels deliberately hurt people for the benefit of their drug trade. The correlation between drugs and violence in individuals who are connected with the cartels is much higher and much more severe. However, people tend to turn a blind eye to it, especially if it isn’t a part of their reality.

Drugs and violence are widespread among the cartels. The motivating factors behind this are money and claiming the “rights” to certain areas in Mexico as well as the U.S. The Mexican cartels are vicious and the studies done on drug-related violence, for the most part, pertain to these criminals vs. an individual desperate for drugs.

Gangs In Our Communities

Gangs across the United States also contribute to the rise drug-related violence, similar to the way the cartels operate. The only difference might be the production of the product they are selling. The laws are much more strict in the United States; it is unlikely for drug syndicates to create drugs.

Gangs may be directly affiliated with the cartels, who do create the drugs in their country. This can result in dangerous interactions because unlike the cartels, who are in close proximity, the gangs in the United States have only business ties to Mexico and are only buying drugs in large quantities. Much of drug-related violence can result from these type of interactions due to the lack of pure intent in either party involved.

In the areas where the number of gang members is high, so are the crime rates and a number of people abusing drugs. The gangs control everything in these areas. Basically, whatever they say goes and if you don’t like it, be prepared to suffer the consequences, especially if you’re a member of a rival gang.

Major urban areas of the drug trade are plagued by low-income and low socioeconomic status. In these areas, crime is high because of drugs and violence within gang members. Most of the connection between drugs and violence occurs for a number of reasons, often unrelated to the individual in active addiction. More often than not, people involved in the drug trade associate violence as a means of getting what they want faster and effectively, despite the consequences.

Communities in high drug and crime areas are often surrounded by multiple sets of gangs fighting for the same territory. They are also trying to achieve one goal: making money and sell the best product. However, the use of guns and other weapons become a regular occurrence which often results in a high number of deaths, some accidental.

In these areas, drugs and violence go hand in hand. Homicide rates go up, especially since the opioid epidemic is gaining a stronger hold on society more than ever.

The Stigma Of Addiction

The war on drugs affects every single person in affiliation with the trade and those who contribute to the violence that arises from drug use and distribution. Most of the time, individuals are misled into believing the source of the problem.

Addiction usually isn’t associated with violence. The culprit is the nature of the drug trade and those committing the actions, however harmful. Drugs and violence are, indeed, closely affiliated with each other. However, the stigma of addiction has skewed the views of many into believing that drugs and violence go hand in hand within in the person addicted alone.

Individuals suffering from active addiction generally commit a crime or act violently due to desperation (usually being unable to afford the drugs they are using). Unfortunately, these acts misinform individuals about the disease of addiction, leading those who are unaware of the reality of addiction to believing addicts are dangerous and violent.

The real concern comes from individuals higher on the totem pole. The Mexican cartel and gang affiliates contribute most to the connection between drugs and violence. These types of people are relentless and use violence to achieve their goals. They purposely hurt people and commit crimes for profit.

Do You Need Help?

Drug addiction can lead an individual to dark places. Unfortunately, that’s the reality of the disease, no matter what you abuse. If you or someone you know is struggling with addiction, do not hesitate to ask for help. Delphi Health Group promotes good health and using effective methods to treat drug and alcohol addiction and mental health. Our knowledgeable professionals are available 24/7 to assist you with any questions or concerns about getting the care you need for yourself or a loved one. It’s never too late to seek help, why wait? Call 844-915-2983 today, and begin your recovery journey now!