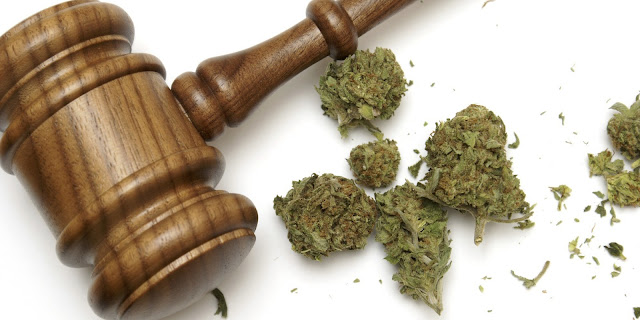 If you have ever wanted to know the legality of a specific psychoactive substance, you may have run into a term like “Schedule I” or maybe the acronym CSA. These both refer to the federal Controlled Substances Act, which is a law that outlines the United States government’s policies surrounding both legal and illicit drugs. The CSA covers the manufacturing, importation, possession, use, and distribution of any given existing drug. The act only affects laws on the federal level, which means that each state may have its own legislation for specific drugs.

The legal status of a drug affects more than just your ability to buy it; it also affects its availability for research and medical study. Drugs are “scheduled” on a five-tier system, with Schedule I being the strictest level of control. Drugs at this level are generally illegal to buy and sell, and they are more difficult to manufacture, sell, and study. On the other end of the spectrum, drugs that are categorized as Schedule V are under the lightest level of control.

The CSA also regulates the handling of precursors or chemicals that can be used in the manufacture of other substances. For instance, pseudoephedrine is the active ingredient in some decongestants, and on its own, it has a low potential for abuse. But, since it is a precursor to making methamphetamine, it’s more strictly regulated.

History Of The Act

Up until the 1900s, there were very few regulations regarding the making, buying, and selling of chemical substances, medications, and recreational drugs. Around the late 1800s and the turn of the century, the temperance movement (later including organizations like the Women’s Christian Temperance Union) brought the impact of alcohol on public health to the forefront of national debate. They linked alcohol use with political corruption, domestic problems, and health issues.

In 1900, the U.S. first outlawed addictive drugs, especially narcotics and opioids. An international treaty called the International Opium Convention, was also signed in 1912 and became the first international drug control agreement. By the 1830s, the U.S. government began to regulate food, drugs, and cosmetics more closely. In 1938, the Federal Food, Drug, and Cosmetic Act gave the U.S. Food and Drug Administration (FDA) the power to ensure safety in the sale and use of medications, food products, and cosmetics.

In 1962, the government passed the Kefauver Harris Amendment to the Federal Food, Drug, and Cosmetic Act, which required drug companies to provide evidence that the drugs they sold were effective and safe. It also required them to provide information about potential side effects. Finally, it put an end to marketing cheap generic medications as brand new miracle drugs under different names.

By 1969, the presidential administration under Richard Nixon set out to combine the existing drug laws into one, more robust federal law. The resulting Federal Controlled Substances Act was a comprehensive piece of legislation that both consolidated existing laws and expanded the scope of government regulation of drugs. In 1970, the National Commission on Marijuana and Drug Abuse (also called the Shafer Commision after its chairman Senator Raymond Shafer) was established to look into the effects of marijuana and, in 1972, reported its findings. They recommended the decriminalization of the possession of marijuana for personal use. They determined that its effects were not extreme enough to warrant criminal action for private use.

The act put known substances into categories based on a number of criteria, and those categories (or Schedules) would determine the drug’s legality. The system is used to this day.

What Are Controlled Substance Schedules?

A drug’s Schedule is the category by which the U.S. government defines any given drug’s legality. Five categories range from highly dangerous substances to more innocuous medications. Each drug is placed into Schedule categories based on three criteria designed to determine the likelihood of the substance to lead to public health issues and its usefulness in medicinal purposes. The three criteria are as follows:

Based on these criteria, different drugs are placed into Schedules which affects their ability to be manufactured, distributed, and possessed.

Heroin is an example of a Schedule I drug. It produces potent euphoric effects, and it’s extremely addictive. It also causes serious side effects like chemical dependency and respiratory suppression. Though it was originally synthesized for medical purposes, it has been replaced by other medications and it currently has no recognized medical use in the United States.

Drugs in classified as Schedule II are generally prescription drugs that can be dangerous or habit-forming when abused. Drugs in this category have strict rules around the manufacturing, distributing, and dispensing. They need an expressly written prescription from a medical practitioner, except in certain circumstances when oral prescriptions are given, or in emergencies. They cannot be filled or refilled more than five times or six months after the original prescription date. To meet Schedule II criteria a drug must have:

Most prescription opioids fall into this category, because they can be extremely addictive, especially when abused. Cocaine is also a Schedule II substance. Although it has a high potential for abuse and can lead to dangerous side effects and addiction, it can be used as a topical anesthetic and to treat severe nosebleeds.

Legal requirements for obtaining, manufacturing, distributing, and dispensing Schedule III drugs are similar to the ones in Schedule II. You must have a prescription from a medical practitioner other than a pharmacist to obtain a Schedule III drug. To meet Schedule III criteria, a drug must have:

Anabolic steroids are an example of a drug in this category. It can have significant side effects, but it has a wide range of medical uses, such as bone marrow stimulation and the prevention of bone loss in elderly men. Steroids have a moderate potential for physical dependence, but there are some instances of psychological addiction and withdrawal.

The stipulations for the manufacturing, distribution, and dispensing for Schedule IV drugs is similar to Schedule III. However, prescriptions can be refilled up to five times within six months. To meet Schedule IV criteria, a drug must have:

Benzodiazepines are a common example of a drug in the Schedule IV category. Though they have a significant potential for addiction when abused, they have widely accepted medical uses from anti-anxiety medications to sleep-aids. Z-drugs like Ambien, which are benzodiazepine analogs, are also in this category.

Schedule V drugs still require prescriptions but they can be filled as directed by a medical practitioner. To meet Schedule V criteria, a drug must have:

Some cough suppressants that contain a small amount of codeine fit into the Schedule V category. Codeine is an opiate with a high abuse and addiction potential, but in small amounts its effects are limited.

Controversy Over The CSA

The CSA is not without criticism and controversy. The bill’s strategy seemed to be modeled after the Single Convention on Narcotics, an international agreement to regulate the manufacturing and trade of specific drugs. It employed the omnibus strategy by seeking to combine existing drug laws into one, comprehensive agreement, while including some new regulations that would have been otherwise rejected. According to David Courtwright, a professor at the University of North Florida, the act initially removed minimum sentencing laws, gave more help to law enforcement in handling drug cases, and provided support to drug treatment and research. However, with each new amendment in response to the drug scare of the 70s, 80s, and 90s, the act became less flexible and responsive and more hard-lined.

Courtwright writes, “The amendments, which gave the Drug Enforcement Administration greater control over scheduling and maintenance and which substantially increased penalties for illicit trafficking, transformed the law into the legal foundation of America’s “drug war,” as the stricter criminal approach came to be known.”

There is also considerable controversy over the Scheduling criteria, which some consider to be vague. And many disagree with the Scheduling of specific drugs, especially marijuana. While the issue of criminalization was addressed in the 1970s under the Shafer Commision, cannabis remains a Schedule I drug, which means that it is not approved for medical use and it’s difficult to study.

Under the criteria for classifying a substance as a Schedule I drug, it has to have no currently accepted medical uses in treatment, which seems to be inaccurate for cannabis. It is often used in treatment for cancer patients and may be a useful source of pain relief, especially in cases of chronic pain, where opioids would otherwise be used. An act to amend the CSA by removing cannabis as a Schedule I drug has been proposed and rejected multiple times since 1972.

Drug legislation has had to react to the ever-changing scope of drug and addiction crises in the U.S. and effective strategies are often debated. However, there is support and treatment options for people who are struggling with drug abuse. If you or a loved one has become addicted to or dependent on an addictive substance, call the specialists at Delphi Behavioral Health Group at 844-915-2983, to learn more about the treatment options that are available to help get you on the road to recovery. Addiction is a chronic disease, but it’s treatable, and you don’t have to go through it alone.