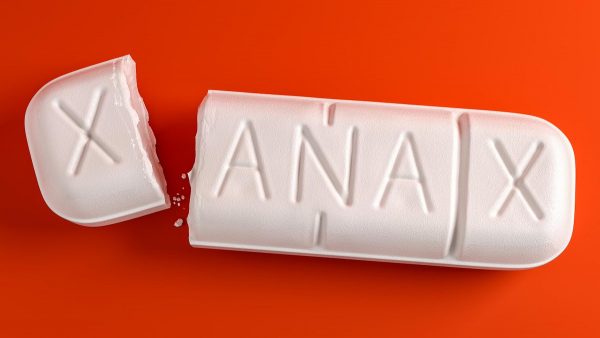 If you’re one of more than 40 million adults in the United States who suffer from an anxiety disorder, then there is a good chance that you have, at some point, been prescribed benzodiazepines (benzos). Benzos are used for their anti-anxiety effects and as sleep aids, with the most commonly prescribed including Valium, Ativan, Klonopin, and Xanax, the most popular out of all of them.

Despite the fact that benzodiazepines have been widely used since the 1970s, there is still a lot of uncertainty and controversy surrounding the possibility of extremely serious potential side effects like cancer. Many studies have been conducted to find a definite link between long-term benzo use and cancer, often contradicting each other.

Some studies have found a link, others have not, and more still have found links to only specific kinds of cancer or that only certain benzos seem to increase someone’s chances of developing cancer.

So can Xanax, the most widely-prescribed benzodiazepine and among the most commonly prescribed mental health medications in general, cause cancer?

Xanax is the brand name for the drug alprazolam and is an extremely powerful and fast-acting central nervous system depressant. It is intended only for short-term use due to how quickly a person can build up a tolerance to its effects and become dependent.

Xanax works by binding to the gamma-aminobutyric acid (GABA) receptors in the brain, slowing down nerve cell activity. GABA is a neurotransmitter that blocks nerve signals that trigger feelings of anxiety, stress, and fear from reaching the brain. Xanax activates the GABA receptors and stimulates them into flooding the brain with GABA and producing the feelings of sedation and relaxation.

Long-term Xanax use lessens its effectiveness as the GABA receptors become more difficult to activate to the point where the brain cannot produce GABA on its own and becomes dependent on Xanax to provide it. Because of this, it takes more and more Xanax to produce the same effects as before, leading the user to begin abusing it and become physically and psychologically dependent.

Xanax is extremely useful for those dealing with the often debilitating effects of anxiety and various sleep disorders, but the dosage and length of use require strict monitoring to avoid the high potential for abuse and addiction. The National Institute on Drug Abuse (NIDA) reported that the number of fatal overdoses due to benzodiazepines in 2015 was four times higher than it was just three years earlier.

Apart from their addictive potential, the long-term effects of Xanax, as well as benzos in general, have been found to have a number of negative side effects, including depression and memory problems.

Side effects such as the increased risk of developing life-threatening health issues such as dementia and cancer are also a major cause for concern. But, researchers have had difficulty either conclusively confirming or disproving that the long-term use benzos like Xanax lead to cancer.

Can Xanax Cause Cancer?

After dozens of studies over the course of more than 30 years, the clearest answer to whether or not Xanax causes cancer, unfortunately, is maybe.

An early study in 1982 by the American Cancer Society found an increased risk of cancer among users of not only benzos but sleep aids, in general, but many follow-up studies were unable to replicate the observations and establish a link between the two.

One thing that makes finding conclusive proof difficult is both the fact that there are more than 2,000 different kinds of benzos and many types and forms of cancer. For example, the cancers most frequently linked to long-term benzo use include brain, lung, prostate, and bladder. On the opposite end, many other studies have found no significant association between breast, ovarian, cervical, and stomach cancer.

A study conducted in 2015 maintains that the carcinogenic properties of benzos are still unclear. One interesting thing that the conductors of the study observed was that there were noticeably different results within the pool of benzodiazepines that were examined.

There were, in fact, benzos that did not appear to have any association between long-term use and increased cancer risk. Some of these included Librium and Valium, as well as more obscure formulations such as Alodorm and Serax.

Unfortunately, the benzos that were observed as having an association between long-term use and the development of cancer were some of the most commonly prescribed, including Klonopin, Ativan, and yes, Xanax.

How Can Long-Term Xanax Use Lead To Cancer?

In 2016, there was a massive meta-analysis of decades’ worth of observational studies on benzos and cancer. It is perhaps the most comprehensive study so far, and it came to the conclusion that benzodiazepine use is, in fact, associated with an increased risk of cancer.

One potential link was that long-term benzo use had been observed to promote bacterial infections that can increase the cause of cancer. In conflict with the 2015 study, Valium, the “safer” benzo, was found to significantly increase the possibility of pneumonia infections in mice, which can make someone more susceptible to lung cancer.

This could, at least partially, account for the observation that benzo users were 20 percent more likely to develop lung cancer when compared with non-users.

Another major contributing factor to cancer development is inflammation. There is a strong association between severe inflammation of certain cells that can negatively affect the immune system and the progression of certain cancers like gastric cancer and non-Hodgkin’s lymphoma.

This is important because one of the possible long-term effects of Xanax specifically is chronic tissue inflammation. So there is a fairly strong possibility that Xanax causes cancer, at least indirectly, providing optimum conditions for cancer to form in the body.

It may seem like there is clear proof that cancer is one of the long-term effects of Xanax, but even within this study, there are still issues that prevent a conclusive statement from being made.

One thing the researched admitted could skew data results was that they could not account for the use of tobacco or alcohol in conjunction with benzos like Xanax, and these are two substances with definite, proven links to cancer. Also worth noting is that alcohol, in particular, is often mixed with Xanax.

Another reason for the association is the high incidence of anxiety, insomnia, and depression among cancer patients. More than a third of cancer patients have anxiety disorders, and while, generally, three to four percent of the population have major depressive disorders, among advanced tumor patients it is anywhere between 5 and 26 percent. So cancer patients are much more likely to be taking benzodiazepines than the general population.

However, while further research into the connection between long-term Xanax use and cancer may still be needed, increased risk of cancer is just one of many potentially fatal repercussions of chronic Xanax abuse.

Xanax is not a medication intended for long-term use, and the proven side effects and consequences of addiction are bad enough on their own without even considering the possibility of cancer.

Are You Struggling With Substance Abuse?

While the long-term effects of drugs like Xanax are still being studied, we do know that, as a benzodiazepine, Xanax has a high potential for abuse and addiction.

It is all too easy to quickly build up a tolerance to Xanax and begin misusing it to feel the same anti-anxiety effects as before, leading to further abuse and eventually addiction.

If you or someone you care about is currently struggling with a dependence on Xanax or a different addictive substance, Delphi Behavioral Health Group can help get you or your loved one the resources, treatment, and support necessary to fight back against addiction.

Call 844-915-2983 to speak with one of our admissions specialists. They are available 24/7 to help you find the treatment program that’s right for you and answer any questions you might have. You can also contact us online for more information.