Valium, generically sold as diazepam, is a medication often prescribed for the treatment of anxiety disorders. It can also be helpful in the treatment of muscle spasms, seizures, and alcohol withdrawal.

When used as prescribed by a doctor, Valium is considered to be relatively safe. It should always be used with caution, however, as tolerance is likely to develop with extended use, and it is known to be habit-forming.

As a widely and often overprescribed medication, millions of prescriptions for Valium are filled each year. The ease of accessibility makes it no surprise that Valium is a popularly misused prescription drug.

Whether you have been taking Valium for recreational or medical purposes, you may have decided that it is time to stop. If you want to stop using Valium, it is highly recommended that you speak with your doctor first so a safe tapering plan can be created for you.

Symptoms of Valium withdrawal to be aware of include:

Unfortunately, in more serious cases, withdrawal from Valium can create symptoms that are similar to why you started taking Valium in the first place to treat, such as anxiety and insomnia. The fear of experiencing such symptoms, however, should not be inhibitory to getting sober. Through the detox process and by following up with appropriate rehab support, you can learn alternative techniques to handle such symptoms.

Additional factors that influence the intensity and length of withdrawal from Valium include:

Depending on the length and severity of Valium abuse, which indicates how much of the drug is probably in your system and how dependent on it your body has become, the withdrawal will most likely last a minimum of one week. Many people report experiencing withdrawal symptoms for many months. Acute withdrawal symptoms, which are often the most uncomfortable, usually peak around two weeks and then slowly diminish. When not addressed properly, however, symptoms can drag on for months or even years.

Though there is a general timeline for diazepam withdrawal, symptoms will fluctuate and come and go in their intensity. The most severe symptoms typically appear around days three to six after your last dose.

Physical symptoms should begin to lessen after about a week, but psychological symptoms may become more challenging. About two weeks after your last use, rebound side effects, such as anxiety and insomnia, may reappear along with the return of uncomfortable physical symptoms.

About three to four weeks after your last use, symptoms should begin to subside once again. Rebound symptoms similar to what occurs in week two may happen again, but they should not be felt as strongly. It may take a few more weeks for symptoms to completely go away, but they should be less severe each time they occur, as your body adapts to functioning without the presence of Valium.

The Need for Medical Atention

You may feel determined to make it through the withdrawal process on your own without any medical assistance, but this could be dangerous. If you have been abusing Valium in high doses for a significant period, you are at risk of severe withdrawal symptoms, such as seizures, when you stop taking it. For this reason, medically assisted detox is required.

At the very least, people who wish to quit using Valium are encouraged to consult their doctor about establishing an appropriate tapering schedule. A tapering schedule takes into consideration the duration and extent of Valium use as well as personal factors that are likely to impact withdrawal. By following a well-planned taper, you greatly reduce your chances of experiencing dangerous withdrawal symptoms that could require emergency medical attention.

The Benefits of a Detox Center

Choosing to attend a detox center where staff can support you throughout the withdrawal process is a great way to increase your safety during this time, as well as your chances for successfully making it through the detox phase and onto your path to recovery. The benefits of attending a detox center are many and begin with medical support to ensure your mental and physical health through this phase. 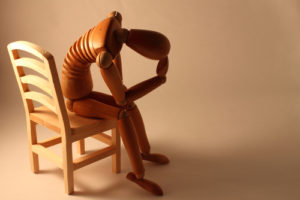 Detox programs sometimes cannot eliminate your experience of all withdrawal symptoms, but they can keep a close eye on them, provide medications to lessen the severity of symptoms, and treat any complications that arise. Medical detox plays an important role in many people’s journey to recovery. It uses medications to safely manage physical and psychological withdrawal symptoms that could otherwise impede people from getting sober.

Detox is only the first stage of treatment. When done right, it can be the first big step you take toward regaining control of your life.

If you attempt to detox on your own at home, you put yourself at risk of experiencing medical complications without having quick access to medical help. This could result in death in extreme cases. Additionally, many people are tempted to return to drug use during this phase when withdrawal symptoms become too much to handle.

If you are enrolled in a detox program, especially a residential one, you benefit from high levels of physical and psychological support that will keep you focused on your end goal of achieving sobriety.

Benzodiazepines, such as Valium, are also abused for recreational purposes. When taken in high enough doses, they can produce euphoric highs.

When used recreationally, benzodiazepines are often combined with other substances, which greatly increases the chances of experiencing dangerous side effects. The DEA reports that diazepam is commonly taken concurrently with alprazolam (Xanax) to increase potentially euphoric effects.

What to Look for in a Detox Center

There are thousands of drug rehab programs across the country and even more available around the world that vary in their services and approaches to treatment. Ask questions about the typical duration of treatment, the costs of detox, the availability of medications and physician supervision, and the psychological support provided. This will help you determine which programs will benefit you most.