Is Klonopin Withdrawal Lethal? A Guide to Safe Detox

Benzodiazepine medications are some of the most widely prescribed psychiatric drugs in the United States. Clonazepam, known by the brand name

Klonopin is one of the top five prescribed, the U.S. Drug Enforcement Administration (DEA) publishes. More than 25 million prescriptions were dispensed for clonazepam in 2011.

Klonopin is an anticonvulsant medication that is prescribed to treat seizure disorders. It is also an anti-anxiety medication used in the management of panic disorders.

When used regularly, benzodiazepine drugs like Klonopin can easily lead to drug dependence. This is because of the way the drug interacts with brain chemistry.

Klonopin is believed to amplify the activity of GABA (gamma-Aminobutyric acid) in the brain. GABA is an inhibitory neurotransmitter that works on the central nervous system and the stress response. By slowing heart rate, respiration, and heart rate, GABA also reduces anxiety and muscle tension. Klonopin decreases the nerve firings that can result in seizures as well.

Regular interaction of Klonopin on GABA activity and brain chemistry can make it so that the brain will have trouble regulating its own chemical makeup without the medication. When Klonopin then wears off, nerve firing and the central nervous system functions that had been suppressed can spike, causing dangerous withdrawal symptoms.

The Emergency Medicine News Journal reports that the most common symptoms from benzodiazepine withdrawal include changes in behavior. Nausea, vomiting, insomnia, tremors, anxiety, agitation, and headache are considered relatively mild and typical side effects of Klonopin withdrawal. When someone has been taking high doses of Klonopin for a long time and stops use suddenly, major and even fatal withdrawal seizures can occur, per the FDA.

Klonopin is a medication that is not designed to be stopped cold turkey after taking it for any amount of time. Doing so could be deadly. Quitting Klonopin cold turkey can increase your risk of potentially dangerous depressant withdrawal symptoms like seizures, hypertension, and heart palpitations. Depressant withdrawal can cause a disturbing condition called delirium tremens, which is characterized by sudden confusion, panic, fever, sweating, seizures, and heart problems. In many cases, delirium tremens cause heart attacks. Delirium tremens is typically associated with alcohol addiction, but it’s possible for heavy Klonopin use and abrupt cessation to cause similar symptoms.

Benzodiazepines can come in short, long, and intermediate-acting varieties. Short-acting benzos like triazolam can have half-lives as short as two to five hours. Short-acting drugs that also have quick onsets of action are often the most vulnerable to misuse. Recreational drug users typically prefer substances that don’t take a long time to start working and don’t overstay their welcome. However, short-acting benzos may be more intense during withdrawal.

Quitting after developing a dependence on short-acting benzodiazepines can cause you to experience more abrupt chemical imbalances that lead to severe withdrawal.

Long-acting benzodiazepines include diazepam, sold under the brand name Valium. They are usually used to treat problems that need all-day relief like muscle spasms, anxiety disorders, and seizures. They can have half-lives as long as 48 hours or more. 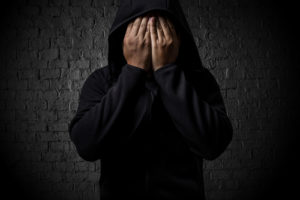 Clonazepam is on the high-end of the intermediate category. Klonopin has a long half-life of between 30 hours and 40 hours, so it can take a few days for withdrawal symptoms to fully kick in. While individual experiences vary, Klonopin withdrawal often follows this general timeline after stopping use of the drug:

Typically, benzodiazepine withdrawal lasts about a month; however, between 10 percent and 25 percent of people who struggle with it may have lingering symptoms for up to a year. Klonopin withdrawal can be influenced by many things, including how often the drug was taken, how much was taken each dose, if the drug was abused and in what way (swallowed, injected, snorted, or smoked), if other drugs were used or abused at the same time, any co-occurring medical or mental health disorders, and genetic and biological factors. The timeline and intensity of withdrawal can be affected by these indicators.

Withdrawal can be deadly when Klonopin use is stopped suddenly after the brain is used to it being there all the time regularly. People who die from Klonopin withdrawal do so because the drug is no longer depressing the nerve firings that keep seizures to a minimum, and the rebound of these signals causes fatal seizures to develop.

Several cases of withdrawal-related deaths also have been reported in jails and prisons, per the Center for Health and Justice at TASC. This may occur as a result of recreational benzodiazepine use that must be stopped upon entering prison, which may not be disclosed or known by the wardens or prison staff.

As a central nervous system depressant, Klonopin works with GABA to slow down activity in your brain and nervous system. After a period of consistent Klonopin use over a long period, your body will adapt to the drug. Your nervous system can adapt to certain chemicals in order to maintain homeostasis. Prescription drugs like benzodiazepines introduce a major change in brain chemistry. With short-term therapeutic use, or sporadic use as needed, your brain won’t adapt to the drug, and it will have its intended effects. However, using it for long enough in high enough doses can cause your brain’s chemical messaging system to change to counteract the drug.

You may experience this through tolerance. Tolerance will feel like the drug has a diminished effect over time. You may feel like you need to take higher or more frequent doses. After developing a chemical dependency, your brain has adapted to include the drug in your system, and quitting will cause a chemical imbalance. Quitting abruptly will mean causing a chemical imbalance before your body has time to adapt. Your brain chemistry can adjust to life without Klonopin, but it takes time. During that time, you experience withdrawal symptoms.

Several cases of withdrawal-related deaths also have been reported in jails and prisons, per the Center for Health and Justice at TASC. This may occur as a result of recreational benzodiazepine use that must be stopped upon entering prison, which may not be disclosed or known by the wardens or prison staff.

To avoid a negative and potentially fatal reaction when stopping Klonopin use, don’t stop it suddenly. Klonopin needs to be tapered off slowly. This allows the drug to be weaned out of the body instead of shocking the system with abrupt cessation of the medication.

Medical detox provides the best avenue for allowing Klonopin to process safely out of the body and brain. During medical detox, you can be monitored constantly by highly trained medical and mental health professionals who can check vital signs and watch for signs of irregular behaviors. Other anticonvulsant medications may be substituted for Klonopin during medical detox and can be used during the taper to minimize withdrawal symptoms Supportive and therapeutic methods are beneficial during medical detox, as they can help to manage drug cravings, improve coping skills, and provide tools for stress relief.

Acute withdrawal is the most vulnerable time for Klonopin detox and when a person is most at risk for relapse or potentially dangerous and life-threatening side effects. Medical supervision during the first two weeks is essential; at any point during this time, Klonopin withdrawal symptoms can turn deadly.

For benzodiazepine drugs, acute withdrawal generally lasts between one and four weeks, or three and five weeks if the drug is being tapered off. Protracted withdrawal is the collection of symptoms that may continue for several weeks to months after stopping Klonopin use.

Medical detox can help a person to become physically and emotionally stable and prepare them for direct admission into a complete addiction treatment program, which should be the next step in treatment.

Additional measures that can be beneficial during Klonopin withdrawal include:

To stay safe during Klonopin withdrawal, it is important to be in tune with your body. During a taper, be honest with your health care provider about your symptoms, so they can adjust the dosage as needed. Sometimes, the dosage may need to be increased or reduced depending on how you are feeling. Other medications may also be needed to control specific symptoms.

Klonopin withdrawal can be safely accomplished when detox is done under the watchful eyes of trained professionals.