How to Identify and Treat a Klonopin Overdose

Klonopin, also sold under the generic name clonazepam, is a benzodiazepine that is prescribed to people who have anxiety, panic attacks, insomnia, and seizures. Less commonly, it is prescribed to address manic symptoms in people with bipolar disorder. Klonopin should be prescribed with caution for anyone with a history of substance abuse, as it has the potential for addiction.

Klonopin has become a widely misused recreational drug for its calming and sedative effects. It does not produce a euphoric high but rather a calm and peaceful one. People who struggle with anxiety or stress may attempt to self-medicate with Klonopin. This is dangerous behavior, however, as misuse of prescription medications can lead to addiction and accidental overdose.

As mentioned above, Klonopin is a prescription drug used to treat panic disorders, seizures, agoraphobia, and alcohol withdrawal or insomnia. The drug comes in three different doses, including 0.5 mg, 1 mg, and 2 mg.  All doses of Klonopin has a black box warning because of its potential for abuse, addiction, and overdose. Klonopin is not intended for long-term use because of its potential for abuse. Prolonged use of Klonopin can lead to both emotional and physical dependence. It can also cause withdrawal symptoms in those who stop taking it abruptly.

You should never mix Klonopin with other drugs, especially opioids, alcohol, or barbiturates. When you combine two depressants, it increases the odds of overdosing dramatically. You should always speak with your doctor before using the drug and let them know all medications you’re using.

Because safe and unsafe doses of Klonopin vary, someone may overdose without intending to do so. As a central nervous system depressant, Klonopin can cause an overdose that threatens vital bodily functions.

An overdose from Klonopin greatly interferes with thinking and reaction times. If the central nervous system is slowed down too much, breathing and consciousness may be lost.

While many side effects are expected to be experienced when taking Klonopin over an extended period, they should not be severe enough to cause any mental or physical impairment. If you are experiencing any serious side effects, such as the ones listed above or thoughts of suicide, you need to seek medical attention right away.

Many drugs can interact with Klonopin and increase your risk of experiencing serious side effects and overdose. These include:

Mixing any of the above drugs with Klonopin increases your chances of experiencing extreme sedation and drowsiness. In general, it is best to avoid mixing Klonopin with any other type of drug that is a central nervous system depressant.

Often, people who use prescription drugs recreationally experiment with multiple substances at once. When Klonopin is mixed with other substances, such as alcohol, people are likely to experience negative side effects and to a greater extent than when Klonopin is the only drug being used.

Consuming recreational drugs or alcohol while taking Klonopin increases your chances of experiencing adverse side effects, such as:

Klonopin is a commonly misused benzodiazepine despite the potential for experiencing negative side effects. Benzodiazepines work by increasing the amount of the GABA (gamma-Aminobutyric acid) neurotransmitter in the brain, which inhibits brain activity. The result is a calm or sedated state, both emotionally and physically.

Widespread misuse of benzodiazepines is alarming due to the dangerous and potentially fatal side effects of an overdose. Benzodiazepines, like Klonopin, are central nervous system depressants, meaning vital functions like breathing can be suppressed to the point of stopping if an unsafe dose is consumed. 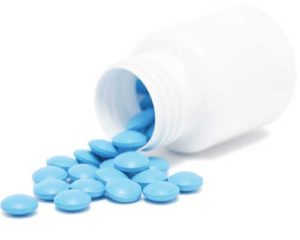 The standard dosage of Klonopin for someone seeking treatment for a panic disorder begins at 0.5 mg (milligrams) to 1 mg per day, and this is taken in pill form. Ideally, doctors will prescribe a very low dose of the drug, in the beginning, to see how your body responds to it.

You should not exceed 1.5 mg per day when you first start taking Klonopin. After about a week or so, you and your doctor can evaluate how effective the dosage was for you, any side effects you experienced, and make any appropriate adjustments to your dosage amount.

Generally, it is safe to increase your dosage by 0.5 mg to 1 mg every three days until you feel your anxiety symptoms or seizures are under control. It is highly recommended not to exceed 20 mg of Klonopin per day at any time.

Exact doses of what is safe or not will vary from person to person based on many factors. Age, gender, weight, metabolism, general health, concurrent medications being taken, and a history of substance abuse all affect exactly what dose is acceptable for you to take. Children’s dosages, for example, should only begin between 0.01 mg and 0.03 mg per kg (kilogram) of body weight per day. Pediatric dosages can increase between 0.25 mg and 0.5 mg per day until a maximum of 0.2 mg per kg of weight is reached.

Studies have found that the optimal dose of Klonopin to treat anxiety disorder in adults is 1 mg per day. Increasing dosage levels up to 4 mg per day was actually less effective and caused more adverse side effects than the 1 mg dose. Unnecessarily increasing your dosage could be putting yourself at risk for experiencing adverse side effects including overdose.

How Much Klonopin to Overdose?

Doctors routinely prescribe drugs like Klonopin to treat the conditions we discussed above. The sedative-hypnotic medications relax tense muscles, promote sleep, and ease anxiety, making them popular among medical professionals and users. The number of adults using the medication has grown dramatically in recent years, even warranting some concern by medical professionals about a potential benzodiazepine crisis.

Not only are more people using Klonopin than ever before, but they are also taking more than ever too. Individuals with prescriptions received 1.4 times more medication in 2013 than they did 20 years before. For this reason, Klonopin overdose has become more prevalent throughout our society. However, there are other factors as well. Who’s in danger of Klonopin overdose?

Who Is In Danger of Overdose?

Anyone that takes Klonopin is in danger of overdosing. Benzodiazepines were involved in about 30 percent of prescription drug overdose deaths in 2013, which was second behind opioids. Another reason why experts fear the potential benzodiazepine crisis looming. While the overdose risk is much lower in those who follow the instructions set forth by their physician, it becomes dangerous when other drugs are introduced or you take too much. It’s also dangerous if you take the medication without a prescription.

Other factors that increase the chances of Klonopin overdose include:

Even if a Klonopin overdose isn’t fatal, it can lead to long-term adverse health consequences. Too much of a prescription drug like Klonopin is often the reason for emergency department visits. The most commonly involved medications in the emergency department were anti-anxiety and insomnia drugs like Klonopin and narcotic pain relievers. Many of these visits are avoidable by understanding the risks and taking action against addiction before it evolves into something more sinister.

How to Address a Klonopin Overdose

Start by calling 911. Symptoms of an overdose must be taken very seriously and treated immediately. While you are waiting for emergency medical help to arrive, monitor the symptoms that arise. Stay on the line with emergency services, and monitor the individual’s breathing.

“Once emergency medical help has arrived or you have taken the person to the hospital, medical responders may decide to pump the person’s stomach to get rid of any substances that have not been processed and therefore not entered the bloodstream. They also may decide to administer IV fluids to the patient as well as ensure an open airway for breathing.”

Doctors can administer medications that have been approved for treating benzodiazepine overdose. Drugs, such as flumazenil, work as antagonists against benzodiazepines and can reverse their dangerously sedative effects.

A Klonopin overdose can be fatal, so again, it is imperative to call 911 immediately if someone you know has overdosed on Klonopin.

Even if you are taking Klonopin as directed by a doctor, abuse and overdose is possible. If addressed immediately and appropriately, a Klonopin overdose can be treated, and fatal consequences can be avoided.