What Does a Halcion Overdose Look Like? How to Help

Halcion, a benzodiazepine, is one of the many prescription drugs that have become widely misused across the United States. It was initially approved in 1982 for the short-term treatment of insomnia.

People who visit their doctor due to trouble falling or staying asleep may be prescribed Halcion for a short period. Because of its potential for abuse, it is not meant to be used for more than a couple of weeks.

Halcion is believed to work by targeting gamma-Aminobutyric acid (GABA) in the brain. GABA is the neurotransmitter responsible for slowing down brain activity. By promoting the uptake of GABA, Halcion helps to calm anxieties caused by excessive brain activity.

This brain activity is what many experts believe leads to insomnia. By reducing anxiety, Halcion treats insomnia and allows people to get complete and restful sleep. Benzodiazepines like Halcion all work in the same manner.

Halcion overdose can occur at relatively low doses because it is such potent medicine. Doctors typically start their patients on dosages of 0.125 mg (milligrams) to 0.25 mg taken once before going to sleep. Depending on how people respond to those doses, the dosage can be increased to 0.5 mg. Regular doses greater than 0.5 mg are not recommended.

The overdose threshold of Halcion will vary from person to person, but symptoms of overdose usually start to present when 2 mg of Halcion is taken at once. This is four times the recommended therapeutic dose.

Symptoms Of A Halcion Overdose Include:

Cases have been observed in which people died from an overdose of Halcion alone. Most overdoses related to Halcion abuse, however, show traces of multiple benzodiazepines being consumed at once.

The interaction between benzodiazepines and alcohol, as well as opioids, illustrates the danger of mixing substances. It is possible to overdose on the substances individually, and when used together, they can make adverse side effects substantially worse. Benzodiazepines, opioids, and alcohol are all depressant substances, meaning they suppress central nervous system functioning. The most extreme outcome of central nervous system depression is death. 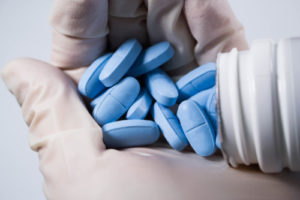 If you are in the presence of someone who is showing symptoms of an overdose caused by Halcion, call 911 immediately. Because benzodiazepine overdose can be fatal, it is imperative to get medical help as soon as possible.

Many people are unaware of the serious consequences of a benzodiazepine overdose and may underestimate how severe the symptoms can become. Even if symptoms do not appear to be extreme at first, they can progress within a relatively short time. Incidents of seizure, impaired breathing, and physical collapse are all reasons to call 911 right away.

By calling 911 as soon as you recognize symptoms of an overdose, you are ensuring the treatment of any life-threatening symptoms should they arise. Prescription overdose can be fatal, but if symptoms such as respiratory depression are treated soon enough, full recovery is possible.

Emergency medical responders have the resources to prevent the worst outcomes of an overdose from happening. By calling 911 immediately, you could be saving the victim’s life.

How is Halcion Overdose Treated?

There are medical interventions available to treat a Halcion overdose. As long as emergency medical care is accessed in time, treatment and full recovery are likely.

The first step of overdose treatment is to assess the victim’s vital signs. A clear airway, breathing, and circulation must be confirmed first.

In general, treatment of benzodiazepine overdose is focused on symptom management. As adverse side effects and overdose symptoms vary from person to person, each case must be addressed independently.

There are three primary approaches, however, that are routinely used to treat extreme cases of overdose that could be life-threatening. Options for benzodiazepine overdose treatment include:

This medicine can be administered as an antidote to a benzodiazepine overdose. It works as an antagonist by reversing the depressant effects of benzodiazepines.

It must be administered with caution, however, as people who have a physical dependence on benzodiazepines could experience seizures as a result of a sudden administration of flumazenil. In such a situation, anti-seizure medications must also be administered.

Also known as stomach pumping, gastric lavage can be used if an extremely high dose of benzodiazepines was taken. Stomach pumping must happen within one hour of when the toxic doses were consumed, however, to be beneficial.

The use of flumazenil, gastric lavage, and activated charcoal all come with their own associated risks, so they are not typically the first line of treatment for an overdose unless necessary. They can be lifesaving treatments, however, in the event of a severe overdose.

Can Overdose Be Avoided?

If you need to take Halcion for treatment of insomnia, as diagnosed by a medical professional, the risk of medication misuse and overdose is relatively low if you follow the prescribing directions properly. When people take Halcion in ways other than how their doctor prescribed, they run the risks of encountering dangerous problems.

Recreational use and overuse of the drug are behaviors that lead to overdose. As long as you take minimum doses of Halcion for a short time, the medication should be relatively safe, and the benefits should outweigh the risks of use.

Even When Prescribed An Individualized Dose, However, It Is Possible To Experience Common Side Effects Such As:

Some of the above side effects will resolve on their own while others may require medical attention.

No matter what side effects you experience, however, it is important to talk to your doctor about them. Your doctor may want to adjust your dosage to keep your Halcion use safe and keep the risks of more severe side effects to a minimum.