Some of the physical effects of alcohol include weight gain, wrinkles and age spots for dehydrated skin, and a decrease in energy, to name a few.

However, the true physical cost of the long-term effects of alcohol consumption on the body goes far beyond wrinkles and extra weight. In fact, chronic alcohol abuse has been linked to more than 200 different diseases and health problems, the vast majority of which are potentially fatal.

What Are the Physical Effects of Alcoholism?

A long-term alcohol use disorder has the potential to significantly and permanently damage not only your mental health, with alcoholism having been linked to depression, anxiety, and the development of dementia, but your physical health as well.

Some physical effects of alcoholism include well-known conditions like:

Long-term alcohol abuse has been linked to an increased risk of various cancers and the disruption and damage of major organs throughout the body.

Among the most serious effects of long-term alcoholism on the body is the immense strain it puts on your heart and circulatory system. When you drink alcohol, it temporarily raises your blood pressure and increases your heart rate. When you are constantly abusing heavy amounts of alcohol, these two effects are ongoing, which can have extremely serious health consequences.

Chronic high blood pressure from drinking, also known as alcohol-caused hypertension, can cause your arteries to harden and thicken, increasing the risk of both heart attack and stroke.

The disruption of the body’s regular heartbeat can lead to episodes of tachycardia, a dangerously fast heart rate that can cause blood clots which, again, lead to a stroke or heart attack.

Long-term alcoholism causes the heart to experience extremely high levels of stress that can result in what is known as cardiomyopathy, a condition characterized by significant damage to the heart that impairs its ability to pump blood through the body and can lead to heart failure.

The physical effects of alcohol abuse take an especially high toll on your liver. According to the American Liver Association (ALA), chronic alcohol abuse can cause severe damage to the liver that can cause inflammations of the live and multiple forms of liver disease: cirrhosis of the liver, alcoholic hepatitis, fatty liver disease, and fibrosis.

Liver disease, in general, is typically characterized by symptoms such as:

According to statistics from the U.S. Centers for Disease Control and Prevention (CDC), more than 21,000 people died of alcohol-related liver disease in 2015.

Another physical effect of alcoholism is the damage it causes to the immune system. Even just drinking an excess of alcohol in one sitting can impair your body’s ability to fight off bacteria.

When someone regularly abuses heavy amounts of alcohol for an extended period of time, it significantly reduces your immune system’s efficiency in dealing with viruses and infectious diseases.

In particular, it makes you much more susceptible to respiratory illnesses such as pneumonia and tuberculosis. In fact, roughly 10 percent of tuberculosis cases worldwide can be attributed, at least in part, to alcoholism.

The most dangerous thing about the physical effects of alcoholism on the digestive system is that people will most likely not even realize their digestive system is being disrupted until it is too late, as the effects generally do not appear until there has been significant damage.

Chronic alcohol abuse affects digestion in two major ways: the first is by damaging the tissues in your digestive tract, which greatly reduces your intestines’ ability to properly digest food and absorb vitamins and nutrients, causing malnutrition.

The second physical effect of alcohol abuse on your digestive system is through the pancreas. Regularly abusing alcohol creates abnormal, toxic levels of digestive enzymes in the pancreas. As these levels increase, they can cause pancreatitis, which is an inflammation and swelling of pancreas blood vessels, which also impedes proper digestion.

Other General Digestive Problems Caused by a Long-Term Alcohol Use Disorder Include:

Sex is often associated with alcohol use. Many people have the perception that drinking can lower their inhibitions and make sex more fun, when in fact, the opposite is true.

Apart from the psychological effect of an impaired sense of judgment that can lead to risky sexual behavior, chronic alcohol abuse can also wreak havoc on your sexual health and reproductive system.

Long-term alcoholism prevents sex hormone production, lowering the libido of both men and women. Men who regularly abuse alcohol are likely to suffer from erectile dysfunction, while women can experience irregular menstruation or stop menstruating completely, which puts them at high risk of infertility.

The physical effects of alcoholism on women who are pregnant include a serious risk of delivering prematurely, miscarrying, or experiencing a stillbirth. If a woman with alcohol addiction can give birth successfully, the physical effects of the drinking she did while pregnant will extend to the baby in the form of Fetal Alcohol Syndrome (FAS).

FAS can present as several different serious disorders and conditions, including:

Can Chronic Alcohol Abuse Cause Cancer?

Finally, there is the exhaustively researched topic of the connection between long-term alcohol abuse and cancer. Alcoholism has been linked to a staggeringly wide range of different forms of cancer, including:

The more alcohol someone drinks over time, the greater their risk of developing one or more of the above alcohol-related cancers. Part of why cancer is such a common physical effect of alcoholism is due to the fact there are multiple ways that alcohol use raises someone’s risk of cancer.

As previously mentioned, alcohol significantly impairs the body’s ability to digest and absorb vitamins associated with decreased cancer risk, including Vitamin A, E, D, C, and B complex, as well as folic acid and a type of antioxidant called carotenoid. 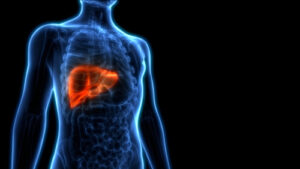 Chronic alcohol abuse has also been shown to increase levels of estrogen in the blood to the point where it raises the risk of breast cancer.

Even the process of metabolizing alcohol can increase the likelihood of developing certain cancers. The body breaks the ethanol in alcohol down to a toxic chemical known as acetaldehyde, which causes damage to proteins and genetic material in the body.

A given alcoholic beverage is also likely to contain a variety of different contaminants that are carcinogenic.

A carcinogen is any substance that causes cancer, and some that are regularly found in alcohol due to the process of production and fermentation include phenols, hydrocarbons, nitrosamines, and even asbestos fibers.

While the amount of these contaminants are typically minuscule at best, engaging in chronic, excess drinking over an extended period of time can cause them to pile up within your body to the point where you exponentially increase your risk of developing alcohol-related cancer.

If you or a loved one is struggling with an alcohol use disorder, it can feel like recovery is next to impossible. But while quitting drinking is never easy, it is definitely possible, and with the help of Delphi Behavioral Health Group, you can get on the path to a brighter future free of alcohol use. At Delphi, our admissions specialists are available at any time, day or night, to help you find the right treatment program for you or your loved one. They can also help to answer any questions you might have about facilities, insurance, different treatment options, and what steps you need to take to get started.