Methylphenidate and Adderall are both medications used to treat attention-deficit/hyperactivity disorder (ADHD) and narcolepsy. Methylphenidate is a drug used in the brand-name prescription medication Ritalin. Adderall is a brand name that contains a similar drug called amphetamine. Both drugs are used to treat both children and adults that have ADHD, and they can both be effective. But how do these two medications compare, and which drug is stronger? Learn more about methylphenidate and Adderall and how they compare.

Adderall is one of the most popular brands of ADHD medications available in the United States. Adderall conditions a central nervous system stimulant called amphetamine. Amphetamines are a class of stimulants that are used in several prescription medications, including other ADHD drugs. The chemical interacts with a chemical in the brain called norepinephrine and dopamine. Dopamine is associated with pleasure, reward, and motivation. Low levels of dopamine may be the cause of ADHD symptoms.

Certain tasks don’t provide enough reward to maintain your focus, so other distractions and impulses are difficult to control. Norepinephrine affects some automatic functions of your nervous system, like your heart rate and blood pressure. Increasing norepinephrine may increase wakefulness, alertness, and make you feel energized.

Ritalin is another prescription brand name that’s used to treat ADHD and other issues, such as narcolepsy. It contains a drug called methylphenidate, which is also a central nervous system stimulant. Methylphenidate is not an amphetamine, but the two drugs do work similarly in the brain. Ritalin is sometimes used as an alternative to Adderall when amphetamines don’t work well in an individual. Ritalin may also cause more mild effects than Adderall.

Like Adderall, Ritalin affects the brain by working with norepinephrine and dopamine, which can help alleviate some of the symptoms of ADHD. Both Ritalin and Adderall are used to treat both adults and children. Ritalin is not approved for children under 6 years old because the FDA has not been able to establish safety and efficacy for that age group.

How Do Adderall and Ritalin Compare?

Adderall and Ritalin are similar drugs that are used for similar purposes. However, it’s important to know their differences when you’re seeking effective ADHD for yourself or your child. In some cases, when one medication isn’t working well, your doctor may suggest switching to another similar medication.

Both drugs have similar side effects. Many of these side effects show up when you first start taking the medications and fade away when your body gets used to the drug. Side effects can include:

Both Ritalin and Adderall can cause issues like tolerance, dependence, and substance use disorder. They’re considered Schedule II substances, which means they are federally controlled and are considered to have significant abuse potential. They may be sought for their potential to cause a stimulating high. However, they are also both misused to enhance cognitive performance, especially by students that are looking to increase test scores.

How Do Adderall and Ritalin Work?

Adderall and Ritalin work similarly, but there are some notable differences. They both work with similar chemicals in the brain to achieve the same effects. But they work at different speeds and strengths. Both come in immediate-release and extended-release formulations. But Ritalin begins to work more quickly. It can begin to work within 20 minutes, while Adderall can take 30 minutes to begin working. Ritalin also wears off more quickly. Its effects last for three to four hours compared to Adderall’s four to six hours.

Adderall or Ritalin: Which One Is Stronger? 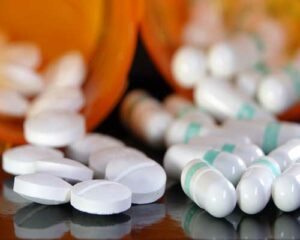 People respond to medications differently, and one of these drugs may be more effective in treating your ADHD symptoms than the other. One drug may also cause more unpleasant side effects than the other. When you’re taking a new prescription medication, it’s important to report the drug’s effectiveness and any new or worsening side effects to your doctor. You may need to go through a trial and error process with your doctor before finding the right drug and dose for your needs.

Is Adderall or Ritalin Stronger for Children?

Adderall and Ritalin are both effective in treating children, but some research suggests that Adderall may be slightly more potent. A 1999 study found that low Adderall doses were more potent than the same dose of Ritalin. Low doses of Adderall created effects that were more like a higher dose of Ritalin in children. However, Ritalin works more quickly and achieves its peak performance before Adderall does.

Is Adderall or Ritalin Better for Adults?

When it comes to treating adults, Adderall also seems to be slightly more effective. Research that took safety and efficacy into account suggested that Ritalin was a better first choice for children, while Adderall is a better first choice for adults. Still, there are many variables when it comes to individual healthcare, and it’s best to make these decisions with the help of a doctor.

How Do Adderall and Ritalin Affect the Brain?

Why Would a Doctor Prescribe Ritalin Over Adderall?

Adderall is among the most popular prescriptions in the United States. In 2019, it was the 24th most commonly prescribed drug in the country. Ritalin was the 51st most prescribed drug that same year. Both drugs are commonly used, but Adderall is often used as the first line of defense. Why would a doctor opt to prescribe Ritalin? Ritalin is a more common choice for children, and doctors may choose that medication when treating younger patients. However, Ritalin also works more quickly. People who only need to occasionally take ADHD medications may opt for a drug that works faster.

Which One Is More Addictive: Adderall or Ritalin?

Addiction potential is difficult to determine, especially between two very similar substances. Both drugs influence dopamine, which is often tied to drugs with abuse and addiction potential. Dopamine creates a rewarding response in the brain and nervous system. Both drugs increase dopamine levels in the brain, which is what facilitates their positive effects. However, recreational use of these drugs can lead to addiction.

How Is Stimulant Addiction Treated?

Abusing or misusing Adderall, Ritalin, or another substance can put you at risk for developing a substance use disorder. Addiction is a chronic, progressive disease that affects the reward center of the brain. It specifically affects the reward center, which is the part of the brain involved in pleasure and reward, and motivates you to repeat certain behaviors. Addiction can affect your health, relationships, and financial stability. Stimulants are associated with heart-related health risks, especially during an overdose. They may raise your blood pressure and heart rate to the point of putting strain on your heart.

The first step in treatment is to seek help. Your doctor may be able to help you get off of a stimulant medication without experiencing severe withdrawal symptoms by tapering. Tapering involves a precise schedule of cutting back on your doses until you stop taking the drug altogether.

You may also go through an addiction treatment program that’s designed to address medical, psychological, and social needs. Addiction treatment may involve inpatient or outpatient treatment, depending on the level of care that you need. Treatment may involve medical care, medical monitoring, clinical care, individual therapy, and group therapy. The goal of treatment will be to facilitate long-term sobriety. You’ll make a relapse prevention plan to help safeguard your recovery, even after you complete treatment.