Over the past decade, we’ve witnessed a significant influx in opioid addiction, as well as opioid overdose deaths. Despite these drugs providing a therapeutic purpose in our society, many people go beyond what they’re prescribed and develop an opioid use disorder (OUD). Although a vast majority of those prescribed pain medication won’t become addicted and will follow their doctor’s orders, statistics have shown that tens of thousands of people are falling victim to opioids. The crisis began when pharmaceutical representatives assured the medical community their products weren’t addictive. Once this was proven wrong and doctors stopped prescribing the drugs, addicts moved on to heroin. Today, fentanyl is the primary drug of concern.

According to the most recent statistics released by the U.S. Centers for Disease Control and Prevention (CDC), the United States topped 100,000 overdose deaths for the first time in its history. In 2020, an estimated 100,306 drug overdose deaths occurred in a 12-month period, increasing a substantial 28.5 percent from the 78,056 deaths from the year before. Opioids were the primary driver, accounting for 75,673 of those deaths, up from 56,064 the year prior. Fentanyl was the primary drug that examiners found. However, they also noticed an influx of prescription pain medications.

The global pandemic is the reason these figures have shot up dramatically. When we were locked down, many people turned to drugs and alcohol to cope with their depression, anxiety, or other mental health conditions attributed to a lack of human contact. Those in recovery, who benefit greatly from 12-step meetings and physical contact with others, were barred from AA or NA, which led to a substantial rise in relapse. According to the National Institute on Drug Abuse (NIDA), researchers observed increases in substance use and drug overdoses for many of the reasons mentioned above. Even with the rise of medication-assisted treatment (MAT), users could end up abusing drugs like liquid methadone.

Methadone is a drug commonly used to ease withdrawal symptoms in those battling opioid addiction. It’s also given to addicts in recovery to curb cravings and remain sober. However, that doesn’t mean it can’t be abused. It is still an opioid, after all. Methadone works by blocking the sensation other drugs like heroin or fentanyl cause. It can also manage anxiety, depression, pain, and nausea. Let’s take an in-depth look at methadone, liquid methadone, and how addictive the drug is in those who abuse it.

Methadone is a drug commonly used in medication-assisted treatment (MAT) to help individuals reduce or fully quit their use of heroin or other potent opiates. The drug has been used for decades to treat those addicted to narcotic pain medication and heroin. When used as prescribed, it’s a completely safe and effective medication. It allows a person who’s been trapped in the throes of addiction to reclaim their lives and lead a healthy lifestyle. Although methadone is highly effective, it works best when used in conjunction with medication-assisted treatment that includes social support and counseling.

Methadone works by changing how our brain and the nervous system respond to pain. It does this by lessening the painful symptoms of opioid withdrawal and blocking the euphoria from heroin, morphine, and other opioids. Methadone is most commonly offered in pill form. However, you can also find liquid methadone and in wafer form. The drug is taken once a day, providing relief from four to eight hours. Methadone, in higher doses, has also been shown to keep heroin users in treatment programs longer.

Liquid methadone is a Schedule II controlled substance, meaning a person can abuse the drug, become dependent on it, and develop an addiction. No matter the form, it can lead to various side effects, including the following:

What Color is Liquid Methadone?

Since methadone can also come in liquid form, it’s important to know what it looks like to ensure you’re taking the right medication. Liquid methadone is known by its brand name, Methadose, and it comes as a red, cherry-flavored liquid. You can also find a clear, unflavored version of it, known as Methadose Sugar-Free. Liquid methadone must only be taken orally.  You should only obtain medication from a licensed clinic. If you’re at a point where you’re asking around for methadone from friends or drug dealers, it’s a sign you’re developing an addiction. Drug misuse is classified as taking a drug without a prescription, no matter the amount.

Can Liquid Methadone Be Injected?

Liquid methadone, oral methadone hydrochloride should never be injected. A drug prescribed for oral use is intended to be taken orally. Liquid methadone is not meant to enter your bloodstream; but rather, it must pass through your stomach and be digested by the body. Drugs that must be digested and drugs that are meant to be injected are formulated much differently. For this reason, severe complications can arise if you were to inject liquid methadone. This can range from an overdose, accidental death, or damage to your veins or heart.

Liquid methadone for oral use is not pure. The drug contains various fillers and additives, which can cause severe damage to your body if injected. Since it’s not sterile, it can increase the risk of infection, leading to a potentially painful death. You should never inject this medication, and you should always listen to your doctor’s instructions.

How Much Liquid Methadone Should I Take?

How Much Liquid Methadone Should I Take?

First, the dosage of liquid methadone will vary from one person to the next, based on body weight, age, and a host of other factors. Please don’t rely on information from the internet for dosing. If your doctor prescribed this medication, they would give you the correct dose. This is the main reason you should only get methadone from an approved clinic.

The dose of methadone administered by your doctor will vary based on the factors listed above, as well as the person’s reason for using the drug. For someone coming off other opioids, the most common starting dose of the medicine is anywhere from 10 mg to 30 mg, while someone in MAT would take anywhere from 60 mg to 120 mg.

Liquid methadone could potentially cause life-threatening respiratory depression, which is another reason the drug should never be misused. As a depressant, it should never be used with benzodiazepines. According to the National Institute on Drug Abuse (NIDA), an estimated 16 percent of overdose deaths involving opioids were also found to have benzodiazepines in their system in 2019.

Despite how effective methadone can be when used in conjunction with MAT, addiction is still possible. As an opioid, methadone still produces some of the euphoric side effects opioid addicts enjoy. One of the primary issues with methadone is its long half-life, meaning withdrawal from the drug is much longer and can be more severe. If you’ve become addicted to methadone and want to stop, you must seek help.

How is Liquid Methadone Addiction Treated?

How is Liquid Methadone Addiction Treated? 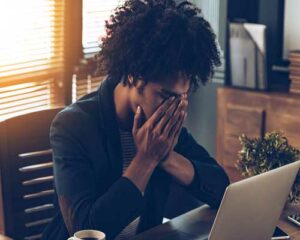 Liquid methadone addiction is treated similarly to other opioids. The first step will be medical detox, where a team of addiction specialists will wean your dose of methadone down to stave off severe withdrawal symptoms. During this time, you’ll be monitored around the clock to ensure your vitals are stable. The process can last around a week. However, due to the long half-life of methadone, this could be longer. All situations are different and will be treated as such. Once you’re deemed medically clear, staff will move you to the next level of care. Depending on your history, it could mean inpatient/residential care.

If you’ve become addicted to liquid methadone, it’s likely that you’ve relapsed or were using the drug to treat a previous opioid addiction. If that’s the case, inpatient care is the right choice for you. You will live on-site for a period of up to 90 days and learn tools to cope with your addiction. You might also be given other medications like Suboxone since methadone didn’t work. During this time, you’ll get to the root of your addiction through therapy. Once completed, you’ll return to your daily life. However, despite leaving, your journey isn’t over. You must find 12-step programs to continue on your journey to recovery.

Addiction is challenging to overcome, but you don’t have to do it alone.