What Are the Dangers of Buying Percocet Online?

Illicitly manufactured and distributed opioid drugs are even more dangerous than the drugs sold by legitimate pharmaceutical institutions.

There are many cases where privately manufactured opioids, labeled as legitimate medications like Percocet, resulted in serious injury or harm. It is not unusual for illicit drug manufacturers to lace them with powerful and potentially dangerous substances such as fentanyl, rat poison, or some other substance.

Attempting to buy any medication from an illegitimate online source is dangerous. You run the risk of overdose, serious bodily harm, legal issues, and even death.

Percocet (acetaminophen and oxycodone) is an opioid medication used as an analgesic (for pain relief).

The oxycodone in Percocet is a controlled substance and categorized in the C II classification. Within the United States, the distribution of Percocet is tightly controlled.

Drugs containing oxycodone, like Percocet, are listed as controlled substances because they are potentially dangerous if not used properly under the supervision of a licensed physician.

These medications are powerful chemical substances that alter the functioning of the central nervous system. When misused, they can lead to serious ramifications, including significant organ damage, the development of a substance use disorder, and even death in cases of overdose.

When used properly, they serve their purpose. But abusing the drug or getting it from an illegitimate source significantly increases the potential dangers associated with its abuse or misuse.

The potential prison sentence for illegally importing a controlled substance into the U.S. depends on the amount of the substance being imported, its status, your prior criminal history, and other factors. Up to 10 years imprisonment and/or a $250,000 is certainly possible.Buying medications from illicit online pharmacies can be dangerous and may even have deadly consequences.

The U.S. Food and Drug Administration (FDA) has reported that there is a significant problem with many of the sources that advertise prescription medications online. They often sell products that look like the real drug, but they may not even contain the substances that the legitimate drug contains.

Many of these illegitimate substances are produced overseas in private laboratories where there are no standards for the manufacturing and packaging of their drugs. Overseas or other private manufacturers of drugs are free to include anything, in any proportion, as long as they can market the drug to others and make money. There are no regulations.


Can You Test the Medications?

Some sites sell different types of home test kits to test medications for their purity or the presence of other substances. For instance, the significant alteration of the drug ecstasy (MDMA) has resulted in numerous home test kits to determine if the drug is pure, actually contains what it is supposed to, or has any other common adulterants like methamphetamine added to it.

When buying a testing kit from an online source, potential issues to consider include: 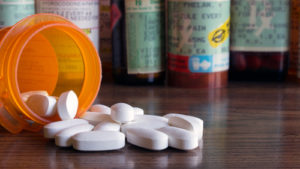 How to Spot a Questionable Online Pharmacy

Legitimate online pharmacies sell Percocet to those with a physician’s prescription. The FDA provides tips for those who purchase drugs online. Only purchase drugs from:

If the site seems shady, it likely is. If it offers an immediate prescription for Percocet from a “cyber doctor,” it is a scam.

Don’t take the risk of buying Percocet online. The dangers are too great.