The Dangers of Buying Etizolam Online

Buying any drug online can be risky if you do not know if the sources are trusted, pharmacists or medical professionals. There is no safe way to buy etizolam in the U.S. It is not legal here.

Possessing any version of the drug is illegal. If you purchase etizolam online, it is likely to be contaminated and harmful.

Etizolam is a thieno diazepine, a class of drugs related to benzodiazepines that produce stronger effects on the central nervous system (CNS). In three countries — Japan, Italy, and India — etizolam is prescribed to treat insomnia and anxiety. This drug is illegal everywhere else in the world, including the United States.

With the internet making all kinds of illicit substances easily available with the push of a button, etizolam is showing up in the U.S., including in people who suffer from overdoses.

For the most part, etizolam is found in tablet form or as a powder. Rarely, it is found as blotter paper. Clinical versions of etizolam come in 0.25 mg (milligrams), 0.5 mg, and 1 mg tablets. Dosing the powder, blotter paper, or even liquid forms of this drug is nearly impossible.

It is important to know that even tablet forms of etizolam, when purchased online, may not be the doses they state. They could instead have much more etizolam, be mixed with other drugs, or have fillers ranging from powdered sugar to fentanyl that makes the substances dangerous and unpredictable.

The Physical, Mental and Legal Risks of Etizolam

The main method for purchasing etizolam and getting it into the U.S. is through online retailers. Sometimes, head shops or convenience stores sell etizolam as a “research chemical,” which is labeled as “not for human consumption,” but this is rare compared to some other drugs, like synthetic cannabis. 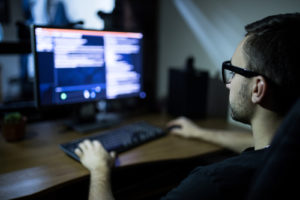 Before 2012, there are no reports of etizolam in the National Forensic Laboratory Information System (NFLIS). In 2018, there were 2,445 reports of this drug in 44 states across the country.

Etizolam is currently not listed under the Controlled Substances Act (CSA) per the U.S. Drug Enforcement Administration (DEA), but it has not been approved by the U.S. Food and Drug Administration (FDA) for any kind of use. Individual states like Ohio have passed laws making etizolam Schedule I under their drug enforcement codes.

Purchasing medications online is illegal and dangerous. You can only take medications prescribed to you by a physician, and anything else is considered diversion and misuse or abuse.

You may face punishment in prison under federal law, and you may face huge fines and court fees. It is a felony to import drugs to the U.S. without specific federal and state approval.

The American Medical Association (AMA) and state boards of pharmacy, like in Ohio, condemn the practice of buying and selling any drug online, including prescription medications. Drugs sold online are more likely to be adulterated with other chemicals or not the drug that was advertised. They may have no dosage instructions or warnings, be a different dose than that listed, be expired drugs, or be laced with inert substances.

Can I Be Sure I Bought Prescription-Grade Etizolam Online?

It is possible to purchase drug testing kits and use these to make sure the drugs you buy online are what has been advertised. These kits are more often advertised to parents who are worried their children may be abusing illegal drugs.

Like too many illicit drugs, drug testing kits can be purchased online, and like online drugs, these drug testing kits are not trustworthy. Most do not test for all drugs. They may test for tobacco, cocaine, or heroin, but they are less likely to test for rarer drugs like etizolam.

If you buy illicit drugs online, you may use a test to determine if the substance you are about to take contains other dangerous drugs, like fentanyl; but the results may not be accurate. The test likely does not cover other dangerous additives, like loperamide, a veterinarian deworming agent.

Additionally, home drug testing kits cannot determine how much etizolam is in each dose. Even if you purchase tablets that should be 0.25 mg, there may be much more of this potent sedative in the pill than advertised. This can cause overdose very quickly since etizolam is potent. This thieno diazepine has caused several deaths worldwide, including in the countries where it is legal.

Etizolam overdose symptoms include the following:

If you want to purchase prescription medication online, there are safe ways to do that. The first step is to get a prescription from a medical professional. Your doctor may be able to recommend some websites if you want your drugs mailed to you for convenience reasons.

Signs of rogue online pharmacies include:

There is no valid way to purchase etizolam in the U.S. Any consumption of etizolam in this country is illegal, and sources that sell it are not likely to be legitimate pharmacies.

If you take etizolam, you are abusing a drug. You put yourself at risk of dependence, addiction, and overdose.