Quickly Recognize a Meth Overdose (& What to Do)

Most people have heard of meth, thanks to the efforts of public health officials, law enforcement agencies, and even pop culture. The U.S. National Library of Medicine says meth is a potent stimulant that is only available illegally.

Meth use can easily result in overdose. If you know the signs to look for, you can quickly recognize an overdose and get the person’s help.

How a Meth Overdose is Different

Like other drugs that are easy to abuse, meth is known to cause an overdose. People may not show outward signs of overdose that are common with other substances.

Meth can result in two kinds of overdoses.

A sudden overdose occurs when someone takes too much meth, either accidentally or on purpose, during a single-use. This causes symptoms that could threaten a person’s life.

People who use meth for a long period of time experience many negative health outcomes as a result of their long-term use.

Some people go on binges, using the drug continuously for several hours or days at a time. This, combined with a person’s poor nutrition if they have been taking meth for a long time, puts a person at risk of overdose.

Dangers of a Meth Overdose

A Sudden Meth Overdose Could Lead To Death If The Person Does Not Get Help Right Away, Per The Alcohol And Drug Foundation. Some Common Symptoms Of Meth Overdose Include:

Look For The Following Signs To Quickly Recognize A Meth Overdose:

These could be telltale signs that a person has taken too much meth. Because meth is so strong, overdose signs may be evident more quickly than with other drugs.

Some people exhibit violent behavior when they have taken too much meth.

It is a stronger form of amphetamine and a drug sometimes used legally to treat health issues such as attention deficit hyperactivity disorder (ADHD) and narcolepsy.

Crystal meth is made from commercially available products. These may include common cold medications. This drug is sold as a powder, and it can be snorted, swallowed, or smoked. Some people create a liquid solution and inject it into their veins. Meth is incredibly addictive. People who take meth start to depend on it quickly. Once the high of meth wears off, feelings of depression take over. People start using meth again to make these negative emotions go away.

Those who take too much meth may not even notice what they have done, which increases their risks of overdose.

Death is the most serious negative consequence of a meth overdose. A June 2017 report from The Conversation states that many of these deaths occur because a person’s heart suddenly stops beating.

Meth is toxic to the cardiovascular system, and it doesn’t just damage the heart and arteries. Over time, this damage builds up. This adds more stress whenever too much meth is taken. While a person feels they depend more on meth, their body is becoming weaker and less able to handle a possible overdose.

Plus, meth is labeled as hypertensive. The force of blood becomes stronger and strains the walls in the arteries. This accumulated damage is not reversible.

The Conversation studied a series of meth-related deaths in Australia and found that between 2009 and 2015, there were 1,649 deaths in the country. Many who used the drug had a stable job and had never injected another substance.

Three hundred deaths in the study period were suicides caused by taking too much meth. The report states that these suicides involved violent methods resulting from the increase in aggression commonly seen in people who take the drug.

Meth drastically reduces inhibitions and causes people to make reckless decisions. Some meth users even believe they are capable of driving well after they have taken the drug. Car accidents of some kind caused fifteen percent of the deaths studied in the sample,

Even if the death doesn’t directly occur from a meth overdose, meth use (particularly in high doses) leads to many deaths.

When To Get Help

Recognizing the signs of an overdose is crucial. Get help once rapid respiration, excessive sweating, and other less serious symptoms are apparent.

Meth works quickly. People who have been taking meth for some time have already suffered irreversible damage to their cardiovascular system that puts them at risk for death. This means an overdose may be fatal very quickly. 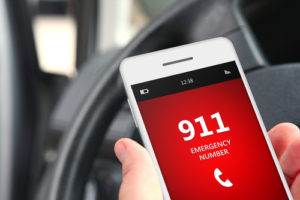 If you spot someone who is overdosing on meth:

Meth overdoses can quickly become fatal, and every minute counts. This is crucial if a person is seizing, becoming aggressive, or shaking.

If the situation does not seem severe, you can call Poison Control at 1-800-222-1222. An operator can provide instructions on what to do next and refer you to additional help.

Try to have the best estimate for:

Put the person on their side

If a person is lying down or unconscious, turn them on their side and tilt their head to prevent choking in case of vomiting.

Medscape says you can expect paramedics to use restraints if the person who is receiving help is acting violently. Paramedics may use medication to calm the person down, such as benzodiazepines.

Once help arrives, the priority for paramedics is to stabilize the person. This will include addressing hyperthermia (high temperature), checking electrolyte levels, and providing medication to stop seizures.

When the patient is admitted to the hospital, they may receive care from a cardiologist and be evaluated by a psychiatrist. Doctors who treat the overdose can check for HIV and hepatitis, and refer the patient to treatment centers.

A meth overdose is a sign that further treatment is needed. If the person doesn’t receive comprehensive addiction treatment, the likelihood of a return to meth use and another overdose is high.