How to Safely Detox From Meth (Timeline & More)

Crystal meth is a popular drug because it can be made almost anywhere. For a while, the public did not pay much attention to the problems crystal meth can cause because the opioid crisis was always prominent on the news.

Withdrawal refers to natural reactions in the body after one has stopped taking a drug. The process can be uncomfortable, and people can expect uncomfortable symptoms.

Individual Withdrawal Timelines Vary, But On Average, People Can Expect The Following:

Current State of Meth Use

A June 2018 Houston Chronicle report discussed an increase in meth use in Texas. According to the article, about 1 million Americans use meth, and more than two-thirds of meth users today struggle with addiction.

The U.S. Drug Enforcement Administration (DEA) says that meth is a threat to the country and that much of the meth sold in 2018 was produced in Mexico for consumption in the United States. Fewer meth labs are being found across the U.S., but people who make the drug h are finding novel ways to sell it.

Meth pills were found in South Carolina, for example. Even more troubling, the DEA warns that meth users are likely to come into contact with fentanyl as drug dealers add the potent substance to other drugs so that they can make more money from selling smaller amounts.

Despite the major problems caused by the misuse of meth, there aren’t specialized treatments for meth detox and addiction. Traditional approaches are generally used, such as general medical detox and cognitive therapy, per the National Institute on Drug Abuse(NIDA). 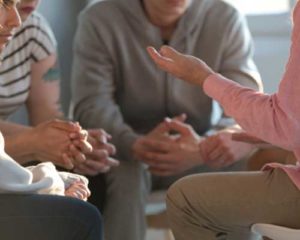 Psychology Today says crystal meth affects the way the brain releases dopamine into the body. Dopamine is a neurotransmitter that makes people feel good and consistently makes the brain feel like it is being rewarded.

Using meth for a long time causes the brain to tax itself from producing too much dopamine. As such, the number of dopamine receptors in the brain goes down. Even after abstaining from meth for a while, recovery takes longer than with other drugs because some hormonal imbalances take as long as two years to return to normal.

Statistics collected by the NIDA in 2013 showed that there were about 1 million meth users in 2012. This is twice as many as there were in 2006 when 731,000 people reported having tried meth within the past month.

What to Expect from Meth Withdrawal

Common symptoms of withdrawal, which could occur at any phase depending on the person’s meth intake, include:

In most people, symptoms go away after a week, but they may last two weeks or longer. If they do, it is best to consult with a doctor who can provide additional help in combating these negative feelings.

Talking To A Doctor Is The Best Way To Detox From Crystal Meth. Detox Aims To Help Remove Meth From The Body Safely. It Will Involve:

What to Look for in a Treatment Center

With all of the discomforts of withdrawal, some people may be afraid to quit meth. With support from professionals, meth detox doesn’t have to be uncomfortable. Though some people may choose to quit on their own, detox has better chances of success when done in a professional setting.

Look For These Things In A Treatment Center:

Each person is different, and treatment facilities should always customize a person’s recovery plan according to their circumstances.

Some Studies Show That These Methods Have Future Promise:

While detox is essential to recovery, comprehensive therapy must follow it. With the right help and support network, quitting meth is possible.