Ketamine Tolerance: How to Address & Decrease It Safely

Chronic ketamine use can result in tolerance.

Once tolerance has formed, addiction can quickly follow, so it’s important to address it promptly.

Tolerance in the context of drug use is used to describe a person’s reduced response to a drug as a consequence of repeatedly using it.

Although the concept is most commonly described in terms of its physiological mechanism, drug tolerance is a complex phenomenon that includes physiological, psychological, and behavioral aspects.

The development of tolerance results as the person’s system reacts to the presence and effects of the drug by attempting to produce hormones and neurotransmitters that the drug affects.

This is an attempt by the system to maintain a state of homeostasis or balance.

The result is that the effects of the drug diminish over time when the person uses the drug regularly.

Is Tolerance the Same Thing as Dependence?

According to the American Psychiatric Association (APA), physical dependence is described as a reaction (withdrawal) that occurs when a person stops using a particular drug. As a result of repeated use of the drug, the person’s system adjusts to its presence. When the levels of the drug are depleted due to normal metabolism, the system is thrown out of balance, resulting in negative physical and emotional symptoms.

Tolerance is an expected occurrence for people who repeatedly use many different types of medications. It is not always viewed as a negative event because individuals who take a specific medication for a medical reason may initially display mild side effects to the medication. These will often decrease in intensity as the person’s system develops tolerance to the drug. 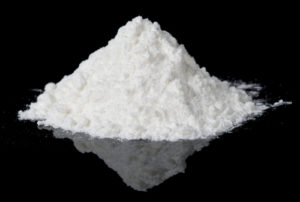 Ketamine is a medication that is used to address certain types of pain and as an anesthetic. The drug also appears to have some utility in the treatment of clinical depression, although it is not formally approved for this use.

It is classified as a dissociative anesthetic, meaning that it produces feelings of sedation as well as potential hallucinations and feeling as if one is leaving their body or as if things are not real.

Although the mechanism of action of ketamine is not completely understood, it is believed to block the actions of the excitatory neurotransmitter N-methyl-d-aspartate (NMDA).

These days, the drug is primarily used by veterinarians as an anesthetic, but it may be used in humans for anesthetic purposes. It appears to be well suited to treat pain in patients with severe burns or pain in other extreme conditions.

Ketamine is also a potential drug of abuse and goes by street names such as Special K. The drug became a popular replacement drug for ecstasy among younger people some years ago. It is still abused because of the dissociative or hypnotic effects it produces.

It is also used as a date rape drug. Individuals will often experience amnesia for events that occur when one is under the influence of the drug.

Does Repeated Use Lead to Tolerance?

Various research reports demonstrate that the extended use or chronic abuse of ketamine leads to significant tolerance. The development of tolerance in all abusers of drugs, including those who abuse ketamine, leads to an increased cycle of using the drug in higher amounts and at more frequent intervals.

This cycle of abuse results in potentially dangerous outcomes for abusers of ketamine or any type of drug.

“Often, individuals who frequently abuse ketamine will begin to neglect aspects of their personal lives, have relationship issues, suffer from adverse physical and emotional effects, and may develop a physical dependence on ketamine. Chronic abuse of ketamine can lead to a serious substance use disorder that requires professional intervention.”

How to Recognize the Development of Tolerance

Those who regularly abuse drugs like ketamine can readily recognize symptoms of tolerance to the drug. According to the APA and other sources, there are basically two things to look for:

Diminished physical effects of the drug: When a person has been using ketamine over time, they will notice that they begin to feel a need to use more of the drug to get the same feelings of euphoria and relaxation.

Initially, the person finds that they only need to increase the dosage by a small amount to get these effects. But over time, small increases do not work, so they begin to increase the amount even more. This is a sure sign that tolerance has developed.

The belief that one cannot function normally without the drug: In addition to the physiological aspect of tolerance, there is also a psychological or emotional component of tolerance that occurs when the person begins to believe they need the drug to function normally. This belief can take many forms. For instance, the person may believe they need the drug to reduce stress in their life, to relax, and to enjoy socializing with others.

When these two events occur, and the person begins to use ketamine to cope with daily life, they have developed tolerance.

The behavioral aspect of tolerance includes using increasingly higher amounts of the drug to feel its effects and using the drug to cope with specific situations or to relax.

Is the Development of Tolerance Dangerous?

Ketamine use suppresses functioning of the central nervous system. This includes reducing vital bodily functions, such as breathing rate. While many of the side effects of ketamine may lessen due to the development of tolerance, the respiratory suppression associated with ketamine will continue, and this can be potentially dangerous.

An overdose on ketamine can be potentially fatal due to the drug’s effect on reducing breathing to the point where the brain is deprived of oxygen.

How Can One Address Tolerance to Ketamine?

The only way to address tolerance to ketamine is not to use the drug at all or to only use the drug according to its prescribed instructions and under the supervision of a physician. If one has developed tolerance as a result of chronic abuse, they must undergo physician-assisted withdrawal management.

Thus, the only way to reverse tolerance is to stop using the drug. Physicians often place patients on “drug holidays when they develop significant tolerance to the medication. Recreational ketamine users can attempt do the same thing; however, if they have developed a physical dependence on ketamine, they are likely to experience distressing withdrawal symptoms that will drive them to use the drug even more.

Any person who has developed a substance use disorder as a result of ketamine abuse should discuss their situation with a mental health treatment professional.

Attempts by individuals with substance use disorders to moderate their use on their own are notoriously ineffective and will most often result in a chronic pattern of bingeing and short periods of abstinence, followed by more bingeing. This pattern can be dangerous and lead to numerous adverse effects, including an increased potential to overdose.

The bottom line is that anyone who abuses ketamine regularly should seek professional help.