How Long Does Ecstasy Stay in Your System? (Blood, Urine & More)

Many are familiar with some of the effects of MDMA, also called Molly or ecstasy. Perhaps the most popular and well-known drug on the club scene, ecstasy is often associated with pleasurable effects that include a feeling of closeness to others, increased energy, and feelings of euphoria.

But what many aren’t sure about, is just how long these feelings — along with other, less pleasurable ones, such as chills, sweating, or nausea —last. After the sensations of ecstasy have passed, how long does the drug stay in a user’s system?

Whether an individual is looking to recover from ecstasy abuse or simply trying to ensure they’ll pass a drug test after using Molly, understanding how MDMA makes its way through the body can provide some answers. 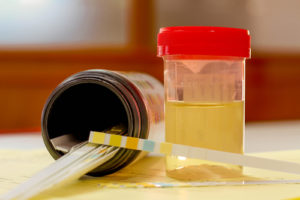 How Long Does Ecstasy Stay In A User’s Blood?

When taken orally, in pill or tablet form, ecstasy reaches its highest concentration in a user’s blood about two hours after taking it.

Ecstasy stays in a user’s blood for up to 48 hours after use. This is four times longer than alcohol, amphetamines, or heroin.

How Long Does Ecstasy Stay In Urine?

MDMA, another name for Ecstasy, is secreted through the user’s urine as it is metabolized, and can be detected in urine from two to four days. Again, alkaline urine may result in slower excretion of the drug.

Certain prescription and over-the-counter drugs, including pseudoephedrine and certain antidepressants, can cause an individual to test positive for ecstasy or MDMA even if there is none present in their system. Individuals should inform test administrators of any prescription or over-the-counter medications they are taking.

How Long Does Ecstasy Stay In Saliva?

How Long Will Ecstasy Be Detectable In A Hair Follicle Test?

Hair-based drug tests are the most accurate tests and the hardest to cheat, with a much longer detection window than urine or blood tests.

Ecstasy and most other drugs can be detected in hair follicle tests for up to 90 days after use.

Immediate Effects Of Ecstasy Use

Although ecstasy can be snorted, smoked, or injected, it is usually taken in pill or tablet form.

The user usually begins to feel euphoric rushes about 20 to 40 minutes after swallowing their dose, sometimes along with stomach uneasiness or nausea.

Peak effects — which may include heightened senses and empathy, euphoria, dehydration, and involuntary teeth clenching — take place about 60 to 90 minutes after taking the dose.

The user may continue to experience these effects for up to six hours, although they will not be as strong after the peak period. As the drug leaves the system, the user may feel the urge to take more and keep the high going.

Ecstasy works through manipulating levels of serotonin, a neurotransmitter that plays a major role in mood, pleasure, sleep, and heart rate. After ecstasy use, a user’s serotonin levels are depleted. Individuals may feel depressed, moody, and low energy.

These acute effects may last from two to seven days. Repeated doses of ecstasy are likely to worsen these effects and prolong their duration.

According to the Center for Substance Abuse Research, there is some evidence that even after ecstasy has fully left the body through urine excretion, its effects on the brain may persist. This can even include damage to the brain’s critical thought and memory functions.

Ecstasy may also trigger an overall decline in serotonin and dopamine, brain chemicals that play an important role in emotion, pleasure, and learning. This may interfere with an individual’s ability to experience pleasure without the drug. Long-term use of ecstasy, particularly in higher doses, may increase the risk of these serious side effects.

Because street ecstasy tablets are unregulated, users can’t know what substances their doses contain unless they take them to a lab to get tested, which is unlikely.

According to the Center for Substance Abuse Research, it’s common for ecstasy to be cut with a variety of other substances. Everything from caffeine and pseudoephedrine to PCP, heroin and methamphetamine may be used. This means that after using ecstasy, a user may have multiple substances to process out of the body. These drugs could also show up on a drug test, depending on their rates of metabolism.

How Ecstasy Travels Through The Body

Once ingested, ecstasy molecules enter the stomach and move to the small intestine and then the liver, where a portion of the drug metabolizes into non-active compounds. The rest returns to the bloodstream and is carried to the heart through the circulatory system, where it oxygenates.

Ecstasy molecules then pass the blood-brain barrier to affect the neocortex and limbic system, disturbing mood, memory, and pleasure. This is what creates the effects users seek. After metabolizing in the liver, MDMA excretes through the kidneys.

A biological half-life refers to how long it takes half of a drug or medication to be metabolized and eliminated from a user’s bloodstream.

A drug’s half-life will depend on the user as well. Factors like weight, body mass, metabolism, liver function, genetics, and drug tolerance will all play a part in determining the metabolism of a drug.

The half-life of ecstasy is around eight hours.

Other Factors In The Metabolism Process

Alkaline urine (urine with a pH of higher than 7.0) may increase the half-life of ecstasy greatly, to about 16 to 31 hours. Many factors can contribute to alkaline urine, including a urinary tract infection or bacterial contamination, or even a diet high in vegetables and legumes. It takes about 40 hours for your body to detox approximately 95 percent of the drug out of your system.

Ecstasy also contains the metabolite HMMA, which can remain in the body for over 30 hours longer than MDMA. However, most standard drug tests do not test for this metabolite.

Certain drugs are known to affect the metabolism of ecstasy, including the prescription drugs Prozac and Paxil as well as cocaine. Any drug that interacts with the liver enzyme CYP2D6 will affect the absorption of MDMA. Depending on the interaction, it may increase or decrease the speed of metabolism.