How Long Does DXM Stay in Your System? (Blood, Urine & More)

DXM usually stays in the body for about a day. It can be detectable on most urine tests for one to two days, but it may return a false positive for PCP.

How Long Can DXM Be Detected In The Body?

Dextromethorphan (DXM) is not a drug most employers and organizations test for. A 2010 study published by Laboratory Medicine said that testing for the drug often resulted in false positives for PCP. Based on its half-life, it is estimated that a healthy individual can get rid of DXM within 11 to 22 hours.

To get rid of DXM, the liver converts it into a metabolite called dextrorphan. This chemical has a half-life of about 1.7 to 5.4 hours. It may take between nine to 29 hours to fully get rid of dextrorphan after a person’s last dose.

Below are estimates for how long blood tests of various types can detect DXM:

It may be possible to detect DXM one to two days after use, but standard tests may detect it as PCP.

The National Library of Medicine says that DXM is at its peak in a person’s body for up to 2.5 hours after taking it. Blood tests can probably detect DXM anywhere from three to 24 hours after use.

Saliva tests do not typically look for DXM because it is such a common over-the-counter medication. More research needs to be done on how long DXM may be detectable in saliva. For now, the window for detection with this test is limited.

The majority of Americans have taken over-the-counter medication such as DayQuil, TheraFlu, or Dimetapp to soothe a cold or cough. These medications are seen as innocent and relatively safe when taken as indicated. Cough and cold syrups and some tablets popularly sold in pharmacies and grocery stores across the country often contain dextromethorphan (DXM) as part of their main ingredients.

DXM is a popular drug of abuse among teenagers because it is accessible and does not raise suspicion.

Still, authorities are catching on to the abuse of DXM. Consumer Reports says that concerns about DXM abuse have existed since the 1960s. Some drug tests can now test for DXM, and awareness of DXM misuse is growing.

Abstaining from a drug is the only way to truly pass a drug test. Despite the consequences, some people may still take high doses of DXM and want to know how long it stays in their bodies.

More than 100 over-the-counter products contain DXM, as mentioned in Consumer Reports. In addition, drugs that have DXM as an ingredient may contain other ingredients meant to soothe a cough or cold, such as pain relievers, antihistamines, and decongestants.

The most popular cold and cough medicines seem to be syrups, but they can also be sold as capsules, lozenges, or tablets. DXM is an ingredient in cold medicines of this kind as well.

Some people may need as much as 120 mg (milligrams) of DXM to treat their cold or cough, but far less than this is effective in most people. People have also been known to use far more than this for recreational reasons.

How Half-Life Influences How Long DXM Remains In Your System

A half-life refers to how long it takes to get half of the medication out of one’s bloodstream. For example, if a person takes DXM, it will take two to four hours for half of what they took to exit their body. 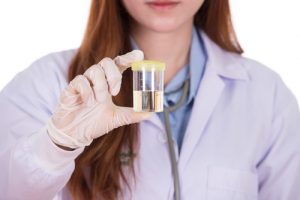 Genes, height, weight, and other factors play a role in metabolizing a drug and flushing out the drug. Over-the-counter medicines not only direct how much should be taken to relieve cold and cough symptoms, but they also give instructions about how often they should be taken.

The Mayo Clinic says people who take DXM for cough or cold should seek medical attention if their symptoms do not go away after seven days.

These directions are meant to avoid accumulating drugs in the body and taxing the liver, which metabolizes most drugs.

Properly detoxing from DXM could take anywhere from a few hours to a few days, but more research is needed to give an exact timetable. A study published in the Psychopharmacology Journal in 2017 documents detox processes that take at least a week.

Detoxing from long-term use of DXM, or large amounts of DXM can also cause many withdrawal symptoms including:

The results of the study showed that people who have misused DXM for a long time may be better off detoxing under medical supervision.

Those who use DXM but are not addicted to it may simply be concerned about passing a drug test for a potential employer or legal reasons.

Common ways people prepare to pass a drug test, as mentioned on Vice, are:

Keep in mind that some of these methods are self-reported. Vice mentions that the drug testing industry is also innovative and keeps up with trends. They may modify their methods at any time to be more accurate.