Finding a Treatment Center for Addictions and Anxiety Disorders

Everyone feels anxious at some point in their day-to-day lives. It could be from pressure at school or work, social anxiety if you have to talk to a room full of strangers, or stress about a major event in your life.

An anxiety disorder is not that. Generalized Anxiety Disorder (GAD) is the umbrella term for suffering from such symptoms as a nearly constant state of irrational worry that does not have to, and typically does not, stem from any kind of external source. It can become overwhelming seemingly at random and last for an indeterminate length of time.

According to the Anxiety and Depression Association of America (ADAA), there are currently an estimated 40 million adults 18 and older in the United States that have been diagnosed with an anxiety disorder. This equates to roughly 18 percent of the country and makes anxiety the most common mental illness in America.

THE COMMON SUBTYPES OF ANXIETY DISORDER THAT FALL UNDER THE UMBRELLA OF GAD INCLUDE:

Unfortunately, less than half of those struggling with anxiety receive treatment for it. There are many reasons for this, including a lack of professional mental health resources and services or feelings of shame or embarrassment due to the stigma often associated with mental health issues. Whatever the reason, it is not uncommon for those with anxiety who forgo treatment to end up turning to drugs or alcohol as a means of coping with their symptoms.

This is especially common among veterans who often return from combat with debilitating PTSD, but instead of seeking out treatment, feel pressured to hide it and will self-medicate with drugs or alcohol. This can quickly develop into addiction and only ends up worsening the symptoms they are trying to dull.

If someone is struggling with both anxiety and a dependence on drugs or alcohol, both issues need to be effectively addressed, which not every addiction recovery treatment center is going to be equipped to do.

This is why, if you require addiction and anxiety treatment, it is extremely important to find a recovery treatment center that specializes in treating what is known as co-occurring disorders.

What Are Co-occurring Disorders?

A co-occurring disorder is the specific medical term used to denote the combination of substance abuse or addiction and some form of mental health disorder. Co-occurring disorders are when the two separate disorders have become inextricably tied together. This means that working to treat one disorder is next to impossible without treating the other as well at the same time.

The classification of “co-occurring disorder” can be applied to a wide range of comorbidities, including broad ones such as anxiety and abuse of depressants like alcohol or benzodiazepines as well as an extremely specific substance and disorder, such as severe schizophrenia and marijuana dependence.

According to the National Institute on Drug Abuse, people who are diagnosed with anxiety are about twice as likely to struggle with a substance use disorder than someone without anxiety. This does not mean that anxiety, or any other mental illness for that matter, causes addiction or that addiction, in turn, causes anxiety, but they do still share a complex relationship.

Substance abuse and anxiety can feed into each other, creating an overlapping circle of influence as someone uses alcohol or drugs to self-medicate against an anxiety disorder they may not even consciously realize they have. And the more prolonged the abuse, the worse someone’s symptoms will get, creating a destructive addictive cycle. The other side of the issue is that substance abuse can produce its own symptoms that can correspond to those associated with anxiety.

What this means is that even if someone is exhibiting the symptoms of anxiety, a doctor needs to be able to differentiate between whether the symptoms are being caused by drug or alcohol abuse, a pre-existing anxiety disorder, or potentially a combination of both.

Because making this diagnosis can be so difficult, many people will only receive treatment for one issue and not the other, which effectively solves neither.

For example, according to the ADAA, about 20 percent of people diagnosed with an anxiety disorder are also struggling with an addiction to alcohol. If someone is treated only for their alcohol use disorder, then it will not be long before the symptoms of anxiety rear their head and cause the individual to relapse.

On the other hand, if this person is treated for anxiety, but their alcohol dependence is not addressed, their prolonged alcohol abuse will become a thing of anxiety on its own, and, as previously mentioned, manifest its own anxiety-like symptoms.

An effective treatment that focuses on both addiction and co-occurring mental health disorders such as anxiety is known as dual diagnosis treatment.

What Is Involved in Dual Diagnosis Treatment?

When it comes to simultaneously treating addiction and anxiety, behavioral therapy will typically constitute a large part of a given dual diagnosis treatment plan. The reason for this is that behavioral interventions are considered the standard for both mental health disorders as well as addiction, with a long track record of proven results for treating both.

Cognitive behavioral therapy (CBT) is probably the most widely-used form of behavioral therapy. CBT is used to help patients unlearn negative patterns of thought and behavior with practical skills and strategies to identify these problematic behaviors and thoughts and course-correct.

CBT is useful in treating the negative behaviors associated with both addiction and anxiety because it provides concrete tools for dealing with drug-seeking behavior and being able to spot and resolve the issues behind it. If you’re seeking out drugs or alcohol as a means of dealing with the symptoms of anxiety, CBT helps you learn to understand these behaviors for what they are and be able to self-monitor and avoid situations that you know would trigger your anxiety and make you more likely to relapse as a result.

Dialectical behavioral therapy (DBT) is similar to CBT but with a specific focus on how someone’s harmful behaviors can be the result of extreme negative emotional responses to their environment.

The goal is DBT is to help someone curb the self-destructive behaviors associated with substance abuse by learning how to better regulate their emotions and feelings, which can be very helpful in gaining control over the feelings and symptoms caused by anxiety. DBT also teaches coping skills to respond to environmental stress and triggers in healthier ways than using drugs or alcohol.

Anxiety disorders can often be rooted in trauma, with PTSD being the most obvious example. Eye Movement Desensitization and Reprocessing (EMDR) is not as commonly used as the previous two therapies but is specifically aimed at helping patients recover from traumatic experiences, and has been approved by the American Psychological Association (APA) as effective PTSD treatment.

The intent behind EMDR is to decrease the intensity of someone’s anxiety symptoms so that they can be more easily managed without resorting to alcohol or drugs as a means of coping. EMDR does this by using a technique called bilateral stimuli, which is an external stimulus that occurs in a rhythmic, side-to-side pattern that can be auditory, visual, or tactile.

The idea for this is that the stimulus works as a sort of distraction that makes it easier and less stressful for the patient to talk about and reprocess their trauma, stripping away the negative feelings associated with it.

What to Look For in a Treatment Center

Not every addiction recovery treatment center is going to offer dual diagnosis treatment. If you are looking to treat both substance abuse and anxiety together, then this is the first thing you should try to find out about a potential addiction rehabilitation facility.

You will want to make sure that the treatment center has a licensed and qualified psychiatric staff that is well-versed in treating co-occurring disorders. It is also important to know whether or not a given treatment center uses medication as part of its treatment services. Many dual diagnosis treatments will also utilize medication in combination with the above behavioral therapies. 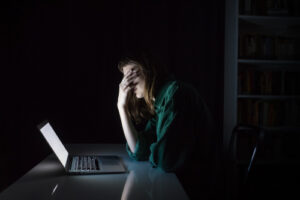 Obviously, this is done very carefully due to the increased risk of abuse. Doctors will prescribe drugs with very low abuse potential. For anxiety, in particular, anticonvulsants have proven to be effective mood stabilizers, as well as selective serotonin reuptake inhibitors (SSRIs) and other antidepressants.

Asking about treatment length is another good way to weed out potentially ineffective treatment centers. A dual diagnosis treatment program is usually going to take longer than a program focused solely on addiction recovery as you are working to resolve multiple disorders.

There is no quick fix version of dual diagnosis treatment, and if an addiction recovery center claims that theirs is, then it will most likely prove to be unhelpful.

Finally, depending on your specific anxiety disorder, you may want to seek out an even more specialized level of treatment. For example, many addiction recovery facilities have programs aimed specifically at veterans with dual diagnosis treatment for PTSD integrated into their recovery process.

Get Started on Your Recovery Journey Today

And addiction to drugs or alcohol can feel overwhelming enough on its own. Couple that with the addition of a co-occurring disorder like anxiety and the idea of recovery can feel hopeless. But it doesn’t have to be that way!

Quitting is never easy, but with Delphi Behavioral Health Group in your corner to get you connected to the help and resources you need, together we can make it happen.

If you or a loved one is struggling with an addiction to drugs or alcohol as well as a co-occurring disorder, we can help you find a facility that’s experienced in dual diagnosis treatment, with a proven track record of positive results.