The Ultimate Guide to Drugs and Sleep: What are the Real Impacts?

People spend about a third of their life sleeping.

Sleep is governed by two internal mechanisms: a circadian rhythm (biological clock) and the body’s attempt to achieve homeostasis (balance).

The Use of Medications to Aid in Sleep

Even though sleep is an essential part of life, many people do not receive enough sleep or do not get the type of quality sleep they require.

According to the U.S. Centers for Disease Control and Prevention (CDC), nearly one out of three Americans does not get adequate sleep.

Sleep aids are part of a huge industry, generating billions of dollars per year.

One of the most common approaches to assisting with sleep is to use some type of medication, such as a prescription or over-the-counter drug.

While they can be effective, there are significant downsides to using medications to fall and stay asleep.

Common Side Effects of Sleep Medications

There are numerous side effects associated with using medications as aids for sleep. All medicines that are designed to help sleep have potential side effects, which vary depending on the specific type of drug, how long the drug remains in a person’s system, the dosage, and individual differences in metabolism, and other physical and mental factors.

The most common side effects of medications for sleep include:

Other Risks of Using Medication for Sleep

Many medications that are used to induce or maintain sleep carry more severe risks. This includes both over-the-counter drugs and prescription medications.

According to the National Sleep Foundation, some risks are very serious.

Risks of Using Medications for Sleep

Certain Types Of Sleep Medications May Cause Allergic Reactions.

Some medications have the potential to produce very complex and potentially dangerous sleep-related behaviors, such as parasomnias (walking, driving, cooking, and performing other activities while asleep).

Prescription sleep medications may produce feelings or behaviors that are often associated with severe psychiatric disorders, such as hallucinations, suicidal thoughts, or mood swings.

One of the main issues with antihistamines is that their effects are long-lasting, and individuals who use them may feel drowsy or even feel like they have a hangover the following day.

They May Also Produce:

Over-the-counter medications are not designed for long-term use. People who use them for more than a few weeks should discuss their situation with a physician.

Several different types of prescription sleep medications are available. These drugs are often classified as sedatives, or as hypnotics.

The only legal drugs for sleeping that are available on the market in the U.S. are those approved by the U.S. Food and Drug Administration (FDA). You can get these only if a medical professional prescribes them to you. Mayo Clinic advises that you take only those sleeping medications that a doctor has cleared you to take.

It advises that all prescription sleep medications come with risks, so you should take them as prescribed. If you find that you’re having side effects with the dosage you are taking, such as dizziness and extreme sleepiness, talk with your doctor about either weaning you off the drug or changing the medication altogether.

Briefly, some of the classes of prescription medications for sleep include:

Benzodiazepines. These are perhaps the oldest class of medications used to assist with sleep. This class includes familiar drugs like Xanax (alprazolam) Valium (diazepam), and many other drugs. Benzodiazepines have a significant risk for abuse, tolerance, withdrawal symptoms, and overdose, so you must be careful with using them. Per WebMD, older sleeping pills, such as temazepam (Restoril) and triazolam (Halcion), among others, are useful benzos that help people who need a longer-acting medication that helps them stay asleep longer. People who sleepwalk or experience night terrors may be prescribed those medications.

Non-benzodiazepine hypnotics. These drugs act like benzodiazepines, but they do not have the same chemical structure. They are believed to have less potential for abuse and physical dependence. They include drugs like Ambien (zolpidem), Lunesta (eszopiclone), and Sonata (zaleplon).

They still carry some risk for abuse and physical dependence, though the risk is not as great as with benzodiazepines. They have many of the same side effects listed above that other medications may produce.

Rozerem (ramelteon). This is a newer type of medication that works by mimicking the hormone melatonin. It has less risk for abuse and the development of physical dependence, but it carries the same side effect profile as other medications.

It may worsen depression in people who are diagnosed with major depressive disorder. Its use may also increase the risk of liver damage.

Do not quit any medicinal sleep aids abruptly, especially if you have been taking them for some time. If you do, follow your physician’s instructions for stopping your use gradually. Mayo Clinic warns that you could experience short-term rebound insomnia after you stop taking sleeping pills. This kind of insomnia is usually more extreme than insomnia you started treating with medication. You can always ask your doctor or pharmacist about what your next steps should be if that happens.

No matter how much it may seem like sleep and rest are hard to get, do not mix alcohol and medicinal sleep aids together. To do so is highly dangerous. According to Mayo Clinic, even a small amount of alcohol with a sedative can bring on faint, dizziness, and confusion, among other conditions.

You also should not use sleeping pills with other medicines or substances. Do not double up on the dose, either. Always consult with your doctor about any changes to your medication or condition.

The  U.S. Food and Drug Administration (FDA) does not regulate dietary supplements. Therefore, many of these substances make claims that are not backed by evidence.

There is also the potential that many of these supplements contain additives that can be potentially toxic, or they may not even include the ingredient that they claim is in them.

Nonetheless, numerous dietary and herbal supplements are purported to assist with sleep. Do your research and learn all you can about the supplement you’re taking. It can help to run the supplements you’re considering and research you have about them by your doctor, who will be able to weigh in and let you know if they are safe for you to take.

Melatonin is a naturally occurring hormone that might be useful in promoting drowsiness in some situations. It does not have significant use in treating formal sleep disorders.

Tryptophan is a naturally occurring amino acid that is part of the building blocks for the neurotransmitter serotonin, which may be important in sleep.

Valerian root is an herb that has been used for many years to treat anxiety and insomnia. It acts as a sedative on the brain and central nervous system, which is why it is sought after for natural stress relief and a sleep aid. It is often used as a tea, but it can also be used as an extract and oil.

Chamomile tea is promoted as a natural sedative, but it may produce allergic reactions in some people.

Kava is a small shrub that has been used for many years as a medicinal substance and is purported to promote sleep.

Some many other dietary supplements and herbs can be used as sleep aids.

Natural products are often inferred by many to be safer than medicines; however, this is not the case. Natural products often cause similar side effects to medications. They may be even more dangerous in some cases due to a lack of research and understanding of how they work.

A Warning About Medicinal Sleep Aids

The use of medications or other dietary aids for sleep should never be considered a long-term solution for insomnia or other sleep troubles, especially where highly addictive benzodiazepine medications are concerned. These drugs are habit-forming, and once use is underway, some people will find it hard to stop using them. Instead, using behavioral approaches that focus on promoting healthy sleep is a more sound way of improving the quantity and quality of sleep.

Long-term use of medications results in the development of tolerance and potential physical dependence. Long-term use of dietary aids may be associated with these negative effects as well and may have unknown ramifications.

Instead of using medications or other supplements to assist with sleep, many organizations suggest that people should develop good sleeping habits. This is known as the use of a sleep hygiene program.

Different types of therapy can be used to improve the quantity and quality of sleep. These are typically cognitive-behavioral methods.

Research has suggested that the use of cognitive-behavioral techniques is even more effective than prescription medications in improving the quality and quantity of sleep over the long term. Other forms of therapy may also be useful in promoting healthy sleep.

The Stages of Sleep

There are generally four to seven identified stages of sleep, depending on the researcher. 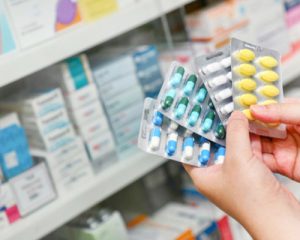 However, there are two primary categories of sleep: non-REM sleep and REM sleep.

REM stands for rapid eye movement, a period of sleep that occurs about 90 minutes after falling asleep when a person’s eyes move rapidly from side to side.

Brainwave activity during REM sleep is closer to the activity observed during states of wakefulness.

Functions like dreaming and memory consolidation occur during REM sleep.

These functions also partially occur in some of the stages of non-REM sleep.

The Function of Sleep

Sleep is essential. Even though sleep researchers have debated the various functions of sleep, there are many recognized functions that sleep serves.

Some of the more important functions that occur during sleep are:

How Much Sleep Do People Need?

The amount of sleep a person needs depends on many variables.

Perhaps the most important factor related to the need for sleep is the person’s age. Babies often sleep as much as 16 to 18 hours per day, whereas children and adolescents require nine to 12 hours of sleep per night.

Most adults typically require between seven and nine hours of sleep. As they age, their sleep cycle tends to be shorter, lighter and is interrupted by multiple wakings during the night.

The asleep disorder is a real mental health disorder or neurological condition that interferes with a person’s sleep-wake cycle. Several formal recognized sleep disorders include:

The recognition of a sleep disorder requires a formal diagnosis by a physician. It will involve a specific course of treatment that often includes a combination of medicine and behavioral interventions.

Unlike individuals who do not have diagnosable sleep disorders, those with diagnosed sleep disorders may often need long-term treatment with medications and behavioral interventions.