Millions of people in the U.S. drink alcohol. Many of these Americans drink in moderation, so they don’t suffer negative consequences. However, other Americans tend to abuse alcohol through binge drinking, which can lead to full-blown alcoholism. For instance, losing control over alcohol intake can indicate that they’re struggling with an alcohol disorder.

But when it comes to defining the difference between binge drinking and alcohol abuse, there’s some ambiguity. By clarifying the similarities and differences, heavy drinkers can gain insight about the category they fall into.

What Is Binge Drinking?

Essentially, binge drinkers aren’t giving their body enough time to process the alcohol they’re drinking, which can cause drunkenness. Generally, drinkers between the ages of 18 and 34 are doing most of binge drinking, but a significant number of drinkers are over 35.

Alcoholism is a chronic disease of the brain. A person has a compulsive urge to drink, even when they don’t necessarily want to. It involves the inability to stop abusing alcohol, and it frequently disrupts various areas of their lives. Many times, they think they’ll be able to control it “this time,” but they can’t. So they end up getting drunk again.

There are certainly risks associated with heavy drinking. The long-term health problems can include:

Many binge drinkers don’t require treatment, but some can benefit from brief interventions. Meeting with a therapist can be helpful, as they can pinpoint the reasons why an individual drinks. Therefore, they can determine a strategy for changing that drinking pattern.

However, binge drinkers can benefit from both inpatient and outpatient programs, as they can help prevent the descent into alcoholism. By blending the support of addiction specialists and support groups, the individual may get the help they need to positively change their behavior. 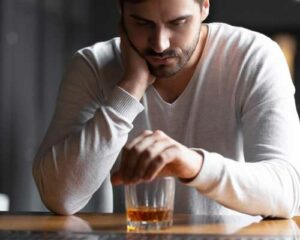 Diagnosed alcoholics can benefit from professional treatment. It’s risky for someone struggling with alcoholism to keep drinking or try to stop drinking on their own. Drinking over a long period of time can build up a tolerance for alcohol, which makes it dangerous to quit drinking without professional support. In fact, quitting “cold turkey” can cause seizures, delirium tremens, and death, so it’s extremely important to seek treatment from experts in addiction recovery.

One of the best ways to treat alcoholism is to enter a detox program. There, the individual will be supervised as they contend with withdrawal symptoms. Sometimes, the most daunting symptoms can be eased by medication.

Once the detox period is over, it’s recommended that patients enter a formal rehab or treatment center. There, you’ll have the support of therapists, life coaches, social workers, and peers who can help you stay sober. After treatment is completed, individuals will have a good grasp on:

The Key Differences between Binge Drinking and Alcoholism

The good news is that there’s treatment available for both binge drinkers and chronic alcoholics. This treatment may involve a detox program in a treatment facility, therapy given by a certified addiction specialist, and medication to help reduce withdrawal symptoms.

For a free and confidential consultation with a specialist at Delphi Behavioral Health Group, call 855-935-0303 or contact us online now. These professionals are available around the clock to help you navigate your treatment options, verify your insurance, and answer any questions you might have.