Overview on Mixing Drugs: What Is & Isn’t Safe

It is rarely a good idea to mix drugs without specifically confirming with a doctor that the combination is safe. Many people underestimate alcohol’s ability to negatively interact with other drugs.


Much is Unknown About Mixing Drugs

Mixing drugs can dramatically increase the risks associated with all the drugs taken. Additionally, it potentially opens a user up to numerous other complications.

Drugs — whether they are prescription, over-the-counter, or illicit — are all chemicals. They enter the body and begin their reactions.

It should be noted that even the chemical interactions of many prescription medications are not fully understood. They have been studied sufficiently to show researchers how they help and hurt the body so that they can recommend their use for various conditions.

Many people who use drugs, especially those who abuse them recreationally, do not fully understand the chemical interactions of the drugs they are taking. It literally may be impossible since the research will sometimes not be available or even exist. They might realize the drug has certain positive effects and certain negative effects, but it goes beyond that.


Talk To A Doctor

Drugs can weaken systems in your body, change your chemistry (temporarily or permanently), and also interact with each other to form unforeseen compounds when they meet inside of you. This is why you should always disclose any drugs you take, including alcohol, to a doctor before they prescribe a medication to you.

Failing to disclose a drug you frequently take (legal or illicit) can be deadly.

Mixing drugs without first discussing them with a doctor is dangerous. Drugs’ effects often stack in too many unpredictable and unreliable ways. Even well-intended and doctor-prescribed multidrug courses can cause issues. The risks are far too great to justify recreational (and untrained) mixing.

Before mixing any kind of drug do the following (remember that over-the-counter medicines like cough syrup and any kind of alcohol both count):

If you are going to take multiple drugs of any mix of illicit, prescription, and over-the-counter, read up on their interactions first.

Most regulated medications, especially prescription medications, will have a label explaining what drugs you should not mix them with.

Illegal substances, or prescription medications bought on the black market, are unlikely to come with such warning labels. You should either talk to a doctor about the drug use, which in most places will be totally confidential or at least research the drug interactions yourself.

Abusing drugs is never advisable. Obviously, abusing multiple drugs is even more dangerous. The same is true for abusing one drug while using another legitimately.

If you are going to engage in this type of use, at the very least, be sure to understand how the drugs will interact and what risks are present.

Alcohol is one of the more easily obtainable drugs that are still highly prone to abuse.

Alcohol is a depressant, and it can affect the heart, breathing, temperature control, and the brain. Any drug that affects these systems should not be taken without consulting a doctor.

The U.S. National Institute on Alcohol Abuse and Alcoholism (NIAAA) has published a long (and not even complete) list of some drugs alcohol can interact with. This list includes mood stabilizers, diabetes medications, high blood pressure medications, and many more.

Not included in this long list are the many illicit drugs alcohol can interact poorly with. Both legal and illegal opioids, such as heroin, can be incredibly dangerous. Taking one (alcohol or an opioid) means less of the other needs to be taken for an overdose to occur.

Amphetamines and cocaine may cause a user to drink more alcohol than intended. Many illegal or heavily controlled drugs interact poorly with alcohol specifically.

Opioids, legally obtained and otherwise, have negative interactions with many drugs besides alcohol.

Taking opioids with sedatives can be extremely dangerous. Both drugs affect breathing, heart rate, and can make you drowsy. Muscle relaxers, some antidepressants, and numerous others can also mix poorly with opioids. It should also be noted that opioids can be quite powerful and addictive. This means they are already dangerous on their own when abused.

Mixing in another drug on top of a particularly potent one means you have to be very careful with stacking effects. It might not take much additional abuse to be in danger.

Sedatives and similar medications mix dangerously with many drugs, although the risks can vary from medication to medication. As a general rule, avoid mixing sedatives with any medication that affects your ability to sleep, your level of energy, and your mental state.

Two common examples of poor interaction have already been mentioned: alcohol and opioids. Stimulants can also interact dangerously with sedatives.

Users must be careful with stimulants, such as caffeine, cocaine, and amphetamines. Even legal amphetamines can have a host of negative drug interactions, as noted by RxList when discussing stimulants frequently prescribed to deal with attention-deficit/hyperactivity disorder (ADHD) symptoms.

Stimulants, like many drugs, can have effects and interactions people may not even realize.

Amphetamines of any kind should not be used with tricyclic antidepressants or decongestants, for example, as these drugs affect the pH in your stomach. Amphetamines generally work via stomach absorption. Anything that changes how acidic your stomach is will affect how fast or slow the drug is absorbed.

To put it simply, drug interactions are extremely complex. It is not a good idea to make yourself the subject of a chemistry experiment. You should know what a drug is going to do with every other drug you’re taking before you take it.

A comprehensive list of every negative drug interaction, including every prescription, over-the-counter, and illicit drug available would be extremely long and eternally incomplete. 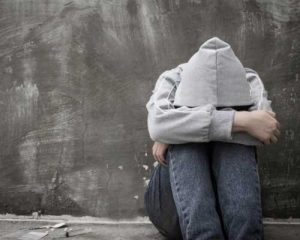 Drugs are continually being produced by legal companies and illegal drug cartels that, be they in one category or another, might be slightly different than similarly categorized drugs.

Therefore, they also will have slightly different interactions.

Why Do People Mix Drugs?

Some people mix drugs to get an extreme high of one kind or another. This is almost universally not advisable.

If a drug mix’s effects are extreme, then they probably are also affecting your body in serious ways you do not fully understand. The short-term and long-term effects can be unpredictable and dangerous.

There are legitimate reasons to be taking multiple drugs. Some people have multiple health conditions or a single health condition that needs to be treated with more than one medication. However, this mixing is done with the oversight of a doctor.

Doctors are trained, medical professionals. They are also medically literate enough to check drug interactions properly even if they have not memorized them.

For this same reason, always discuss any drug use with a doctor. You could experience serious, even deadly, outcomes if you fail to disclose the fact you are on one drug and then you are prescribed another.

Most people who choose to abuse drugs are not medical professionals or biochemists. Even those who are will find that many mixes of drugs, especially illicit ones, are not adequately researched to be considered safe.

If you are going to abuse multiple drugs, always do what research you can. But even then, know that you are playing a dangerous game with your body and health.

Instead, take the desire to combine substances for a greater high as a sign that you need help. With a multipronged treatment approach, you can learn to live a balanced life without any substances of abuse.