Ibogaine for Addiction: Can It Help You During Your Treatment?

Ibogaine is a psychedelic found in the iboga plant. It has been classified as a Schedule I drug in the United States. It is legal to use in Mexico and Canada, but the U.S. Food and Drug Administration (FDA) has not approved it as a treatment for drug misuse.

What Exactly is Ibogaine?

Obtaining ibogaine from iboga is comparable to obtaining heroin from opium. The process requires a little bit of refinement so that ibogaine is potent enough to be effective in treatments. 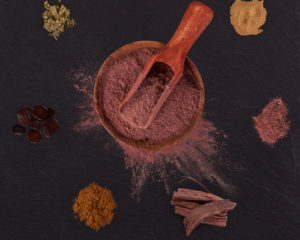 Traditionally, it has been used to suppress hunger and tiredness, and to induce hallucinations. Some people believe that its alkaloids are effective in treating addiction.

An animal study published in Translational Psychiatry in 2016 showed that a dose of ibogaine reduced addictive behavior in the animals. While there haven’t been satisfactory human studies, some surmise that ibogaine could be just as effective in humans.

Research shows ibogaine works by targeting the same receptors in the brain that become addicted to nicotine and opiates. It reduces cravings for these substances, but it also carries significant risks.

How Can Ibogaine Help Those Seeking Treatment?

Historically, ibogaine has been used to induce hallucinations for Bwiti religious ceremonies. These rituals took a few days, and young boys who completed the rite were considered men once it was over. Young boys were expected to take iboga and converse with their ancestors.

Ibogaine was first used in the Western world during the 1800s in France, as reported in The Guardian in 2017. The first person to receive a patent in the United States to use it as a treatment for opiate addiction was Howard Lotsof in 1985.

Lots of had been addicted to opioids before trying ibogaine as a cure. The drug stayed illegal in the United States even then. In the 1990s, people were able to access it easier, thanks to online purchases. It was sold as a “miracle drug” that could help people stay away from more problematic substances, such as heroin.

In 2017, the CBC reported that many people were turning to ibogaine and other hallucinogenic drugs to treat addictions to other drugs. The report says that ibogaine use could be promising, but its use is not fully understood.

Who Can Take Ibogaine?

Countries where ibogaine treatments are legal usually screen patients to make sure they are physically and mentally fit to take the drug. Patients are screened for:

Screening may include a blood and EKG (electrocardiogram) analysis.

During treatment, patients may be monitored using EKG, and they may receive the drug through an IV. Patients can expect to hallucinate, and some people report speaking with their ancestors during these experiences.

Is it Safe to Use on Your Own?

In a 2016 study published in the Drug and Alcohol Dependence journal, researchers found that ibogaine treatments for drug addiction focus on using doses that are high enough to cause hallucinations. This can be problematic as hallucinations can lead to accidents and injuries.

Ibogaine is best used under a doctor’s supervision, and using the substance at home is not recommended.

In a 2014 Vice article, David Graham Scott explains that he used ibogaine without assistance from a professional. Scott obtained ibogaine from a provider, thanks to help from his brother.

Though everyone is different, Scott said he hallucinated for about 36 hours and was able to have conversations with others. At first, Scott felt his experiences with ibogaine did not work because he experienced withdrawal symptoms from methadone, but he said those feelings went away.

Scott had a positive experience in the end, as he felt ibogaine helped him kick his drug habit. However, he does advise others to make sure they’re healthy enough to take ibogaine before doing so. He also said people should only buy it from someone who knows ibogaine well.

A CBC article tells the story of Maria Michaelides. She was addicted to heroin and had tried to use methadone unsuccessfully to recover. When this did not work for her, she decided to seek ibogaine treatment at a facility in British Columbia, Canada. She says she was able to stop using drugs after a single dose of ibogaine.

What Are the Ibogaine Effects?

Ibogaine can cause psychoactive responses by working as a k-opioid receptor in the body. It can cause physical effects, hallucinogenic effects, and psychological effects.

In low dosages, the drug increases energy and acts as a stimulant. In higher doses, it can have hallucinogenic effects and ease withdrawal symptoms by interacting with neurotransmitters in the brain.

The physical effects of ibogaine use include:

Some people may also experience visual side effects and psychological introspection, which can be used therapeutically to help patients understand more of the psychological contributors to their addiction.

The length of treatment will be dependent on an individual’s current level of addiction and the severity of their withdrawal symptoms. Some people only need one dose and report powerful and lasting effects on their cravings and other withdrawal symptoms. Others may need additional doses as they withdraw from other substances over several days.

The effects of ibogaine treatment on cravings and post-acute withdrawal syndrome will vary from person to person. Some people may need additional treatment as they continue on their recovery journey.

Like any drug used in addiction treatment, ibogaine does not address the underlying thoughts and behaviors related to substance abuse. Therapy is needed to truly address addiction.

Even though ibogaine is not completely understood in the scientific community, some reported that its benefits are:

In April 2018, a BBC report said that most people only require one dose of ibogaine. If this is valid, it works much faster than other methods, such as methadone, to curb addiction.

Even if ibogaine can reduce withdrawal symptoms with just one dose, a substance or medication doesn’t address the deeper issues related to substance abuse. Therapy is needed to truly treat addiction.

Despite its promise, taking ibogaine to treat addiction is risky, even if it is done with medical assistance.

The risks associated with ibogaine use include:

A 2016 study published in Therapeutic Advances in Pharmacology links the use of ibogaine to cardiac arrest. The same study mentions that the FDA had once approved studies for the substance in 1993, but these were discontinued out of health concerns.

Since ibogaine is illegal in many countries, safe amounts of it are not yet known. BBC says ibogaine has been linked to up to 19 deaths. Reports say these deaths occurred because patients’ heartbeats slowed too much after ingesting ibogaine.

In many cases, people who died still had other substances in their system, such as opioids. They may have had a previous history of heart problems.

How Is Ibogaine Treatment Different from MAT?

Ibogaine presents an interesting potential treatment option because MAT requires long-term adherence and ongoing medication management, and ibogaine is heralded for its short-term treatment ability. There is some evidence that detoxing with ibogaine on a short-term basis can ease the symptoms of withdrawal without long-term maintenance on a medication.

In some cases, ibogaine recipients report reduced withdrawal symptoms and lower rates of relapse after one dose of ibogaine and sustained effects that last several months. Animal studies back up this data with similar results.

Ibogaine has been shown to reduce abuse of cocaine, alcohol, and opioids in animal studies, which is consistent with the drug’s reported effects in humans. Most of the current research and knowledge about ibogaine treatment comes from animal studies and case studies or smaller group studies in humans. More rigorous research is needed to fully understand the impact of ibogaine in the treatment of addiction in humans.

Is Ibogaine Effective for the Treatment of Addictions?

Research conducted by the Multidisciplinary Association for Psychedelic Substances indicates that between 20 to 50 percent of patients treated with ibogaine remain free from their substance of abuse for at least 12 months. These results are seen when higher doses of the drug are given to patients.

The Necessity of Medical Supervision

Because of these adverse side effects, people should only use ibogaine under direct medical guidance. Since the drug is illegal in the U.S., it is unlikely to be offered in any certified treatment programs.

While more studies will likely be done on the possibility of using ibogaine to treat addiction, there isn’t currently enough evidence to support its use.

The Desire for Better Treatment

In the past, people often blamed addiction on a series of bad decisions. Nowadays, organizations such as the National Institute on Drug Abuse (NIDA) have conducted research that shows drug abuse is a chronic disease.

Thanks to this new data, we now understand that drug addiction and misuse results in lasting changes to the brain. Addiction affects the parts of the brain that govern self-control, stress reactions, and its reward system.

Even after a person stops using drugs, these changes may linger. Many people recover from addiction if they take part in treatments, obtain psychological assistance, and have a strong network of friends and family.

Some people find that traditional recovery methods do not work quickly or effectively enough for them. Instead, they may be compelled to try experimental treatments, such as ibogaine. Though ibogaine treatments are legal in some parts of the world, they are not approved for use in others.