Eliminating Low-Level Drug Offense Prosecutions: Will This Help or Hurt?

New drug laws have been introduced and passed in the 2020 elections, and they may create significant changes in the places they are implemented. New Jersey joined the other states in the union to legalize the recreational use of marijuana.

Four other states also legalized the drug in some form in this election. The most surprising vote to pass was in Oregon. In Oregon, all drugs were voted to be decriminalized, effectively removing low-level drug offenses from criminal prosecution.

What Is Drug Decriminalization?

Instead, it removes criminal penalties as an option when charging and prosecuting drug offenders. For instance, in a state where the recreational use of marijuana is illegal but decriminalized, a person caught with a small amount of marijuana may face fines, but they will not face jail time. Instead of treating drug offenses similarly to a robbery, they may be treated more like a traffic ticket.

Drug decriminalization may not apply to dealers or drug manufacturers. Drug dealers may still face criminal penalties in states where the drug they are selling has been decriminalized. However, criminal charges will ideally not target problem users or people with substance use disorders that are caught with drugs for personal use.

Drug decriminalization is often seen as a way to reverse laws created during the War on Drugs.

A drug offense refers to the use, possession, sale, or furnishing of any intoxicating substance, drug, or drug paraphernalia prohibited by law. Most drug offenses are considered felonious. The most common defense raised is to challenge the search and seizure that led law enforcement to find the drugs. If the officer violates the individual’s fourth amendment rights, the court will typically throw out the case.

What Is The War On Drugs?

The War on Drugs was a social and political movement that involved harsh penalties for drug offenses. Though it started in the 1970s, the War on Drugs has its roots in the Prohibition era, which banned alcohol in the 1920s. Federal and local governments saw that certain substances led to public health problems and endeavored to address the issues by banning those substances. Although the War on Drugs was started to address serious public health issues, it had some devastating, unintended effects.

The main method the U.S. used against the drug trade was to go after those who supplied illicit substances. However, the laws of supply and demand make it very difficult to stop the illegal drug trade by going after the supply side. Any time a new law or regulation eliminates or lessens a supply source, demand grows along with the incentive for other people to form their own supply source.

The War on Drugs began in the 1970s, and cocaine use problems grew to epidemic levels in the 1980s. With the drug problem causing significant public health issues, politicians picked up being tough on crime and drugs as a campaign point. Though prison didn’t deter drug use, it did inflate the U.S. prison population to the point that a quarter of the world’s prison population was in the U.S.

The War on Drugs also saw the institution of minimum sentences for drug-related crimes in many states. Minimum sentences are the smallest amount of time a person must spend in prison before they are eligible for parole and release. 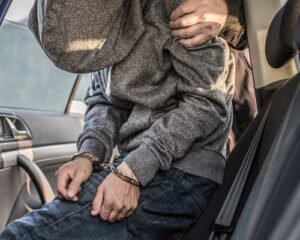 What Are Low-Level Drug Offenses?

Low-level drug offenses are minor drug-related crimes like possession of drugs or drug paraphernalia. These offenses are usually related to personal drug use and aren’t associated with drug dealing or any violent crime. They are considered by many to be minor offenses, but they make up a significant portion of the prison population in the United States.

Around 300,000 people are in prison in the U.S. for drug-related offenses, and they are spending more time in prison than they did in the past.

Sentencing laws have also led to lengthy prison stays for low-level offenders. These laws were used to target high-level offenders like drug trackers and importers, but they only make up 11 percent of drug offenders in the U.S.

Individuals caught and convicted on drug possession charges face a broad range of penalties when they’re sentenced. Penalties for simple possession, meaning not enough for sales, can range from a small fine of less than $100 to a few days in jail. However, depending on the type of drug and state you’re living in, these simple possession charges can also yield more serious charges, including thousands of dollars in fines and several years in state prison for the same offense.

While simple drug possession sentences tend to be lighter, if you’re caught looking to distribute drugs or manufacturing drugs, you’ll face severe penalties. Prosecutors might offer a plea deal to the individual if they can provide them with information in a high-priority investigation, which could net the leader of an organized crime syndicate.

Federal lawmakers enacted what’s known as mandatory minimum sentencing guidelines for drug offenses several years ago. The intention was to target high-level distributors. However, it also impacts lower-level drug defendants. A majority of the states in the U.S. adopted similar drug sentencing approaches, which are fixed sentences based on the drug the individual is caught with, the weight, and how many times they’ve been in trouble before.

States like Kentucky have adopted similar sentencing guidelines and boast some of the toughest penalties. For simple possession, the individual could receive anywhere from two to ten years in prison and a fine of up to $20,000. On the flip side, California has some of the weakest drug possession sentences, which range from a $30 to $500 fine or 15 to 180 days in jail.

Many states have implemented “drug courts,” which are programs for felony drug defendants overseen by a judge that looks to help them instead of taking the case to trial. These are most commonly repeat offenders. Judges have a great amount of control over how drug courts operate, and a drug defendant that agrees to drug court will spend anywhere from 12 to 15 months going through treatment sessions and receiving random drug tests while appearing before drug court regularly. If the individual fails to appear in court or fails drug tests, they’ll be arrested and be given a brief sentence in jail.

What Else Influences Drug Possession Penalties?

On top of mandatory minimums, other factors determine drug possession penalties and how the court will sentence them. When a court is looking at how to sentence the defendant, they’ll look at aggravating or mitigating factors, including the individual’s past record, the type of drug, and how much was found at the time of arrest. In some cases, states will double the penalties for drug convictions if the incident occurs within 1,000 feet of a school, which is considered an aggravating factor. On the other hand, someone assisting a drug distribution operation overseen by an abusive partner could receive a lesser drug charge.

Drug possession penalties can also vary based on if they’re picked up federally or on a state level. For example, marijuana is legal in many states, but it’s still considered a federal crime. Many states are pushing to decriminalize drugs, so what happens when that occurs?

What Happens When Drugs Are Decriminalized?

The idea behind drug decriminalization is to eliminate the criminal prosecution of low-level drug offenses. Many people in prison for drug-related offenses were convicted for the possession of drugs or drug paraphernalia. In Oregon, where all drugs have been decriminalized, those offenses will now incur a fine instead of prison time.

Proponents of decriminalization point to the fact that it would eliminate a huge burden off the criminal justice system in prosecuting petty crimes. This may also mean saving on costs of prosecuting, processing, and incarcerating people for these offenses.

For drug users, decriminalization will mean that it’s less likely that you’ll spend time in jail or be saddled with a criminal record. People with substance use disorders are often hurt by prison time and the criminal record that follows them afterward. Someone with an addiction may find it difficult to resist the drug they are dependent on, even if they face harsh punishments. Plus, a cycle of prison, withdrawal and a return to drug use raises a person’s chance for an overdose.

Decriminalization may also cut down on the disproportionate enforcement of drug laws among minorities. While white people are more or as likely to use or sell drugs, Black people are 2.5 times more likely to be arrested for possessing drugs and 3.6 times more likely for selling. While decriminalization may not address the drug-selling enforcement disparity, it may help bridge the prosecution gap when it comes to possession.

Will It Help or Hurt the Addiction Epidemic?

Opponents of the measure argue that it may remove a deterrent to take these drugs, but there is no evidence that prison time is an effective deterrent for drug users. There is also worry that savings could be offset by increased drug-related health problems or accidents. However, drug dealing, trafficking, and manufacturing will still be illegal.

It could also help people with substance use disorders, that may otherwise be targeted by strict drug laws. In Oregon, Measure 110 also makes a provision for treatment for low-level drug offenders, which is to be paid for by the state’s marijuana taxes.

If other states adopt similar policies, it could make a significant difference in the fight against substance use problems.