Brooklyn, New York, is a borough in New York City home to 2.59 million residents. Of all the cities in the United States, it is one of the most diverse and commonly referred to as a melting pot of cultures. It’s a starting point where many began their “American Dream” journey. New York is one of the oldest states in the union, and New York City is the most populated city in the country. Jay-Z, a well-known rapper hailing from Brooklyn, has a famous quote that says, “more money, more problems.” The same is true for the population – more people, more problems, and Brooklyn has been significantly affected by the drug crisis.

The city that never sleeps is fueled by a steady stream of cocaine and alcohol, but like other cities in the country, it has been battered by the influx of synthetic opioids. Home to the second busiest port(s) in the United States, cocaine, heroin, and fentanyl flow freely into the city by the ton and show no signs of letting up. Due to its electric atmosphere, depressant drugs were less common, but as the opioid crisis continues to take hold of the nation, opioid addiction has increased dramatically.

The need for drug rehab in Brooklyn is soaring, especially as we venture toward normalcy after the worst pandemic the American people have endured in their lifetime. According to the National Institute on Drug Abuse (NIDA), an estimated 50,000 people died in the U.S. from opioid-involved overdoses in 2019. The U.S. Centers for Disease Control and Prevention (CDC) estimates that 70,630 drug overdoses took place that year, and preliminary figures found that 81,000 overdose deaths took place in 2020.

The Health Department released data on overdose deaths in New York City and surrounding boroughs. Like other nationwide data that’s flowing in, overdose deaths soared during the first quarter of 2020. In one quarter from January 2020 to March 2020, 440 overdose deaths took place, 41 more than the previous highest quarter. Even before the pandemic, Brooklyn was experiencing a significant uptick in fatalities, but it has been exacerbated by the current times.

There’s a silver lining to being the most populated city in the United States – the accessibility and quality of care are exceptional, and those in dire need of Brooklyn drug rehab have many options available to them. Whether you’re a local or you want to complete an inpatient or outpatient rehab program in Brooklyn, help is available to you. Let’s take a more in-depth look at how the area has been affected and what you can expect from treatment.

According to New York City government statistics, there were 503 confirmed overdose deaths in the third quarter of 2020. Even more startling, a person dies every five hours from a drug overdose in New York City, which claims the lives of more New Yorkers than suicide, homicide, and motor vehicle crashes combined. Of those deaths, fentanyl was involved in more than 75 percent of them, and opioids were responsible for more than 80 percent of deaths.

Of the five boroughs in New York City, Brooklyn ranked second in terms of confirmed overdose deaths between January and September 2020. An estimated 288 people lost their lives in this span. Unfortunately, the pandemic has a lot to do with these figures. New York is working tirelessly to reverse these trends, but it continues to worsen despite their best efforts.

The city is trying to educate the residence that opioid-involved deaths are preventable with the use of Narcan. Residents can receive free Narcan and training from the Health Department, along with classes to learn the signs of an overdose.

If you’ve been struggling with addiction in the Brooklyn area and you’re ready to change your life, it might be time for treatment. If you’re ready to get help but not sure about the treatment process, continue reading.

Fortunately, drug rehab is widely available in Brooklyn when you’re ready to get the help you need. Addicts admit that one of the primary barriers to getting sober is the severity of withdrawals. The process is incredibly miserable, but with the right help, it doesn’t have to be.

The first step in the continuum of care is medical detox, designed to safely and efficiently remove all traces of drugs from a person’s system. During this time, a team of medical professionals will evaluate the client, provide medication to alleviate their symptoms and go above and beyond to ensure they’re comfortable. Detox can last anywhere from three to seven days, dependent on the severity of the addiction.

Detox also sets the precedent of where the client will end up. Medical detox, albeit necessary, isn’t enough to treat the addiction as a whole. However, the information submitted will help the team develop a road map for the next step. For example, if you’re diagnosed with a co-occurring disorder, meaning you have depression or some mental health condition, you’ll likely transition to inpatient or residential care. You will also be admitted to residential care if you have a history of relapsing or an unsafe home environment.

If the clinicians determine inpatient treatment is the best course of action, it means you’ll live on-site for a period of up to 90 days. Similar to medical detox, you’ll receive around-the-clock intensive care, but you’ll be required to attend therapy programs and participate in education classes. The benefits can be great for someone stuck in the cycle of addiction and allow them to get away from the outside world and focus on themselves.

Living on-site allows the individual to get away from triggers and turn their phones off and lose their old friends. They will learn what it means to be sober through various therapies, mingle with those on the same path toward sobriety, and start making meaningful changes in their lives. Inpatient treatment is the best for someone with an unhealthy home environment, history of relapse, or pressing medical conditions that require extensive care.

Partial hospitalization is a level of care that refers to the amount of intervention on the part of the professional staff and treatment center. A program is considered “partial hospitalization” when it meets specific criteria, including being available at least five days a week. PHP typically takes place during the day, but it must also offer alternative hours, such as evenings, weekends, or half days.

PHP can be conducted in a hospital setting or a private facility. PHP typically occurs are the competition of an inpatient medical detox and residential treatment stint. Partial hospitalization is intended to continue the therapeutic route that took place in a more intensive environment while allowing the individual to get a taste of more freedom and build on what they’ve learned in treatment in the real world.

Another barrier to treatment is the fact the person might have to take 30 to 90 days off to get sober. Although it’s invaluable, many people believe their addiction is under control and worry they’ll lose their job. Fortunately, intensive outpatient treatment is an excellent option available to overcome this hurdle. 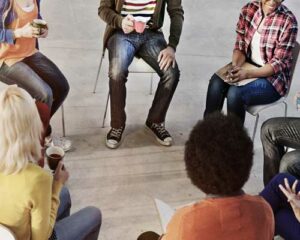 Intensive outpatient treatment consists of the same individual, group, and family therapy sessions that take place in a residential program. However, the primary differences are that you get to head home when they finish, and you get to apply what you learned in therapy to real-life scenarios immediately.

If you’re struggling with addiction and you’re ready to get clean in Brooklyn, reading through this article is a great first step – the next is to reach out and commit to changing your life for the better.

Below we want to address some of the more common questions people have when it comes to getting help.

How Long is Rehab?

There is no predetermined length when it comes to treatment. For example, a person who uses fentanyl intravenously will need more time in rehab than a person who took hydrocodone as prescribed by their physician. Each case is unique and will be treated as such. With that said, treatment can range anywhere from 30 to 90 days but could be longer depending on addiction severity.

How Much Does Drug Rehab Cost?

Again, this goes back to the length of stay. Each case will vary based on the client’s needs. Although the initial cost may jump out as expensive, you have to keep in mind there isn’t a price in our life. If you need help, you can’t get your life back. With that said, treatment is affordable and might be covered by your insurance company.

What Insurance Carriers Does Delphi Take?

Delphi Behavioral Health Group accepts insurance from many of the major carriers, including Cigna, Aetna, Anthem Blue Cross & Blue Shield, and CareFirst BlueChoice. You should always double-check with your insurance provider that they cover substance use disorder and mental health treatment. For those without insurance, you could get help through the Affordable Care Act (ACA).