Weed & Panic Attacks: Why They Happen & What to Do

Some people who use weed may experience panic attacks. This is because the side effects of marijuana use may include an elevated heart rate, racing thoughts, and anxiety.

People who are already in an anxious mental state are more likely to experience a panic attack while on weed.

If you are experiencing a panic attack, breathe slowly and deeply. Move to a quiet, dark place. Sometimes, walking can help to expel the excess energy. If you have a friend nearby, have them sit with you until the panic attack passes.

The Link Between Weed & Panic Attacks

A 2010 study published on Experimental and Clinical Psychopharmacology looked at panic behaviors in adults in the United States who use marijuana. It accounted for various factors, such as age, income, race, education, and socioeconomic status.

After accounting for these factors, the study concluded that marijuana use is indeed correlated to an increased likelihood of experiencing a panic attack.

In fact, the study found that people who smoke weed for a long time were likely to have been diagnosed with panic disorders. Some people even resort to marijuana to treat their generalized anxiety disorder.

What are Panic Attacks?

The National Health Service says that panic attacks are not life-threatening, but they are difficult experiences for people who go through them. They involve suddenly feeling intense levels of anxiety, and they can manifest physical symptoms.

Symptoms of a Panic Attack

Panic attacks can last as little as 5 minutes or up to 30 minutes. It is crucial to deal with the feelings of anxiety firsthand if you have a panic attack. Breathing exercises can help.

Strategies that help to prevent panic attacks include the following:

Medical News Today states that research on cannabis use currently focuses on adolescents who are more likely to use marijuana for the first time. Adults who are regular users offer us a better picture of who may get a panic attack as a result of regular use. 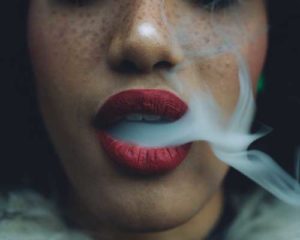 Up to 25 percent of people who use marijuana may become problematic users. Of this group, another quarter of users may have an anxiety disorder. People who have anxiety as children are more likely to use cannabis in problematic ways.

There are a few things problematic users have in common.

In an April 2018 article for Tonic, writer Madison Margolin described strategies that may help you prevent a panic attack while smoking cannabis. A few things Margolin says will help are:

Lower doses. Those who have gotten panic attacks or felt anxiety after ingesting cannabis in the past should proceed with caution.

Citicoline supplements. Marijuana temporarily decreases the levels of this supplement in the body. Citicoline is known for its role in regulating anxiety and mood.

Sedative strains of the drug. Some strains of marijuana may produce a more relaxing high as opposed to “buzzed” feelings.

The Cleveland Clinic says there is no way to prevent panic disorder. Instead, you can only employ strategies that help to mitigate symptoms when they occur. Up to 90 percent of people who are diagnosed with panic disorder can live rich lives if they get treatment. 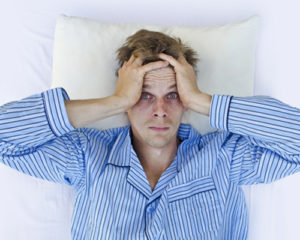 Unfortunately, most people do not seek help for panic disorder. The disorder is different from the occasional panic attack in the following ways:

Experimental and Clinical Psychopharmacology says that consistently using marijuana is associated with an increased risk of having a panic attack or panic disorder.

How to Handle a Panic Attack Safely

In a May 2018 article for Forbes, comedian Chris Allport was frank about what happened after he called 911 while having a panic attack caused by cannabis use. The dispatcher advised him to remember that it will pass and to drink water and breathe. Allport said the panic attack passed eventually.

Most people who call 911 because of an adverse reaction to cannabis report feelings of panic. The NHS says it is important to confront your fears head-on during a panic attack because it is the only way to learn that you will not be harmed.

Generally, 911 will not classify a panic attack as an emergency, but if you call them, they will oblige your request for an ambulance if you feel you need it. Though panic attacks are not dangerous, they are unpleasant. Having them frequently may also signify that you have panic disorder and need additional help.

Inevitably, people with panic disorders may still choose to smoke cannabis. Talk to a health specialist to diagnose a panic attack or panic disorder. You can then make more informed decisions about your drug use.