In recent years, America has been beset by substance use challenges: alcohol-related deaths are increasing, methamphetamine use is rising, and opioid overdoses claim more than 100 lives each day. Simultaneously, suicide rates have spiked since the turn of the century, a trend experts attribute to a lack of access to mental health resources. Yet, among industrialized nations, the U.S. is hardly alone in confronting these challenges. Drug overdoses have recently troubled England and Germany, and even countries lauded for their health care systems have struggled to provide adequate mental health services to their citizens.

We set out to study the ramifications of substance use and mental health disorders on an international scale, contrasting data from America to that of other developed nations. To do so, we analyzed years of life lost to various disorders in each country, as recorded by the Global Health Data Exchange or also known as the World Health Organization (WHO). Our findings reveal how the U.S. is particularly affected by substance use and mental illness and where other nations have succeeded (or failed) to address these public health issues in the past. To understand the tragic toll of these challenges in America and across the globe, keep reading.

Between 1990 and 2017, the U.S. lost more than 80 million years of healthy life to drug use disorders, over 10 times more than any other nation studied. That statistic isn’t merely a reflection of America’s large population: The U.S. far surpassed other countries in per capita terms as well. The gulf between America and other nations has widened considerably in the 21st century, largely due to a sharp rise in opioid deaths since the late 1990s. Yet, other drugs have also contributed to this grim trend. Deaths involving benzodiazepines climbed during the same period and fatalities resulting from cocaine and stimulant use have surged more recently as well.

In contrast to America’s growing troubles, some nations achieved remarkable improvement during the years studied. Portugal, which had the fewest healthy years lost to drug use in total and per capita, legalized drugs in 2001 and adopted an approach that emphasizes free treatment over criminal penalties. In 2017, Portugal lost 198 percent fewer healthy years to drug use disorders than the U.S., a powerful testament to its treatment’s life-saving potential.

In the U.S., men are more likely than women to use illicit drugs and die from an overdose, and our data suggest this gender gap holds elsewhere around the globe. In fact, men lost more years of healthy life to drug use in every single country studied. In some countries, however, interesting differences emerged between the genders. In Sweden, where drug enforcement policies are notoriously tough, the number of healthy years lost to drug use surged among men but climbed only modestly for women. In the ’90s, when heroin made headlines in Australia, the number of healthy years lost to drug use spiked for men. Among female Aussies, the rise during that period was significantly less severe.

Between 1990 and 2017, the U.S. experienced the greatest overall increase in healthy years lost to substance use disorders. In the chart below, Australia was the only country that came close. In recent years, the nation’s drug overdose death rates have neared or exceeded their peak in the ’90s. Two countries, France and the United Kingdom, actually improved marginally, with slightly fewer healthy years of life lost per capita than in 1990. Those statistics may speak to the dire circumstances of each nation 27 years ago when France was enduring an extended heroin epidemic and a similar pattern of rampant drug use was unfolding throughout much of the U.K.

If substance use disorders surge in a given country, one might logically anticipate a corresponding increase in healthy years lost due to drug use. But our findings suggest that these two statistics don’t necessarily rise in parallel. As mentioned above, France’s number of healthy years lost to drug use declined between 1990 and 2017, but substance use disorders actually increased 46 percent during that period. A similar pattern was evident in the U.K. as well. These counterintuitive data could be attributable to these countries’ treatment policies: In 1995, France dramatically increased access to buprenorphine, a move credited with reducing overdose deaths by 79 percent over the next four years.

In the United States, however, drug use disorders have increased by 259 percent since 1990. This massive increase likely stems from several concurrent factors, including the aggressive marketing of potentially addictive prescription opioids such as OxyContin beginning in the ’90s. Methamphetamine use also surged twice during this 27-year time frame—first in the 2000s and then again in the years since 2011. These trends coincide with yet another concerning development. Benzodiazepine prescriptions have increased substantially since the turn of the century, with a corresponding increase in overdose deaths.

In addition to illicit substances, alcohol consumption can have alarming public health consequences. In Russia, for example, drinking has been consistently linked to lower life expectancies. Among the wealthy nations analyzed in this project, the U.S. once again topped our list for total healthy years of life lost due to alcohol problems with an annual economic cost of approximately $1 trillion between 1990 and 2017. Researchers note markedly elevated drinking rates among certain segments of the American public in recent years. Women, minorities, and older adults are all drinking more often and more heavily than in decades past, causing some experts to declare that an alcohol crisis is at hand.

In per capita terms, however, Germany sustained the greatest number of healthy life years lost per 100,000 residents. While the ramifications of its drinking are still alarming, the country has seen improvement since the mid-’90s: Germans are increasingly opting for healthier alternatives to their country’s most celebrated product, beer. The opposite trend emerged in the United Kingdom, where healthy life years lost increased dramatically between 1990 and 2010 before leveling off in recent years. Concerns about drinking have prompted large-scale public health initiatives, such as a “Dry January” campaign involving millions of Brits each year. In France, similar calls to reduce drinking have been met with pushback from citizens who regard wine as a national treasure.

In several nations, reductions in healthy life years lost seem mostly to benefit men. In Germany, for example, men saw a substantial and sustained improvement since 1995, whereas the health consequences of drinking for women remained relatively steady between 1990 and 2017. A similar progression played out in Sweden and Switzerland over that period, with steep reductions in healthy life years lost for men and only modest declines among women.

In other nations, however, women sustained increasingly large losses due to their drinking over the time frame studied. For female residents of the U.K., the number of healthy years lost due to alcohol soared, although on slightly different trajectories in each country. Some researchers attribute these trends to increasing gender parity in Western cultures, whereas women have historically been judged for drinking, the double standard around alcohol consumption may be disappearing. But in Australia, the nation with the greatest increase in healthy years lost to drinking overall, both men and women have incurred mounting health consequences since 1990. Policy experts have advocated an increased tax on alcohol sold in Australia, claiming that such a measure would also reduce related health challenges, such as obesity.

Mental health disorders exacted an enormous toll on the American public between 1990 and 2017, causing the loss of over 181 million years of healthy life and an economic cost of $7.6 trillion. Yet, Australia’s struggles in this area were even more pronounced from a per capita perspective, with over 2,300 healthy life years lost per 100,000 residents. This alarming trend has not gone unnoticed by the Australian public, with the nation’s young people voicing particular concern about the prevalence of mental illness and the scarcity of treatment resources. Australian men seem to be especially vulnerable to mental health disorders, with suicide rates roughly three times higher than those of women.

France, the Netherlands, Sweden, and Portugal had similar per capita rates of healthy years lost, with slightly over 2,100 per 100,000 residents. Among that group, however, the Netherlands had a distinctive trajectory, with rates rising in the early ’90s then declining through the mid-2000s. However, Japan was the most interesting outlier, with substantially lower per-capita rates than any other country. However, this finding may reflect a lack of data rather than excellence in care and prevention. Mental health issues continue to be heavily stigmatized in Japanese culture, causing many citizens to avoid treatment that they might otherwise seek.

In each nation analyzed, women lost a greater number of healthy years of life than men. Experts note that common mental health disorders—such as depression and anxiety—are more common in women, but caution that these differences may have cultural, rather than biological, causes. In some nations, men and women fared differently during specific periods. In Australia, for example, the number of healthy years that men lost due to mental illness declined substantially between 1990 and 2000. During that same time frame, women experienced a modest increase instead.

Australia also experienced the greatest overall rise in healthy life years lost due to mental health disorders from 1990 to 2017, followed by Switzerland. Interestingly, rates of mental health disorders vary substantially within Swiss borders: German-speaking regions have lower rates of depression than Italian- and French-speaking provinces. Canada, which experienced the third-highest overall increase, also has compelling geographical disparities. Researchers have found that citizens in the nation’s Western and Ontario regions are the most likely to undergo mental health challenges.

Our data indicate that economic prosperity is no panacea for public health challenges. Many developed nations have sustained massive losses of life due to substance use and mental health disorders.

Yet, in several respects, the U.S. faces exceptionally dire circumstances, with a particularly alarming rise in drug use disorders in recent decades.

These grim statistics demand a paradigm shift in our nation’s approach to these urgent issues. Progress toward effective solutions must begin on a conceptual level with the elimination of the stigma associated with substance use and mental illness in America.

If our findings prove anything, it is that these widespread disorders are a matter of medical need – not a moral failure.

On an individual level, people seeking treatment for substance use or mental health challenges require holistic and individualized care. People courageous enough to aim for change deserve effective, evidence-based treatments, including interventions designed to treat the physical and psychological dimensions of their difficulties. Delphi Behavioral Health Group offers clients individualized treatment for their substance use and mental health challenges, addressing the complex intersection of those disorders. Learn more about our services today to see how our facilities provide care of exceptional quality.

We collected data from the Global Health Data Exchange or also known as the World Health Organization (WHO) to understand how drug use disorders, alcohol use disorders, and mental health disorders affected the general population of different countries from 1990 to 2017. 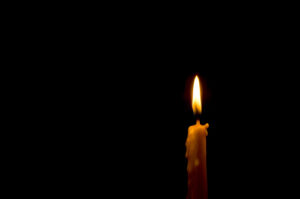 The countries chosen for this study are from CNBC’s 2018 Best Countries Report with the addition of Portugal. Portugal has been added to this study to compare and contrast the number of healthy life years lost for countries that have and have not decriminalized drugs.

To calculate the monetary value of healthy life years lost, we used the median age of 9/11 victims (39 years of age) and the U.S. median life expectancy (79.3 years old) as the basis for these calculations, and the average compensation for the loss of life, which is $1.7 million.

Lastly, we multiplied the total number of healthy life years lost for each disorder and the average yearly compensation of each 9/11 victim to determine the total dollar value lost as a result of every U.S. resident who has succumbed to these disorders.