Suboxone and Methadone: Differences to Be Aware Of

The U.S. Department of Health and Human Services (HHS) publishes that more than 2 million Americans battled opioid addiction in 2017 and that more than 130 people die from an opioid overdose every day in the United States. Opioid abuse, overdose, and addiction rates are considered a major American public health crisis.

Two of the most commonly used medications to treat opioid dependence and addiction are buprenorphine and methadone.

Buprenorphine combination products like Suboxone, which also contains naloxone, are also used. Both buprenorphine and methadone are opioid agonists. This means they activate the same receptors in the brain and act on its chemical makeup in similar ways, as opioid drugs of abuse, such as heroin or prescription painkillers like OxyContin (oxycodone).

The main difference between these drugs and other opioids of abuse is that they have long half-lives, which means they stay active in the bloodstream for longer times. Methadone has a half-life of between 24 hours and 55 hours, per the journal Pharmacy & Therapeutics (P&T), and heroin only has a half-life of a few minutes by comparison. Buprenorphine also has a long half-life of between 24 hours and 42 hours. The longer half-lives of both buprenorphine and methadone make them great candidates for opioid detox and maintenance therapy as they are going to remain active in the body for a day or so, meaning they can be prescribed less often and still manage to keep cravings and withdrawal symptoms minimized.

Suboxone also contains the opioid antagonist drug naloxone that can help to keep people compliant during opioid addiction treatment, as it prevents individuals from feeling high if it is abused. The main difference between the addiction treatment medications Suboxone and methadone is that Suboxone is a combination drug that also contains a medication to combat opioids’ euphoric effects.

Suboxone is a prescription medication dispensed through opioid treatment programs (OTPs) to manage opioid dependence in combination with counseling and therapeutic measures as part of a comprehensive opioid addiction treatment program. Containing four parts of buprenorphine and one part naloxone, Suboxone is prescribed as a sublingual film strip that is dissolved in the mouth.

The U.S. Drug Enforcement Administration (DEA) reports that buprenorphine products, which include Suboxone, can be prescribed by specially qualified medical healthcare professionals in an office setting per the Drug Abuse Treatment Act (DATA) of 2000. Buprenorphine is a partial opioid agonist, which means that it does work on the same parts of the brain as other opioids but not to the same extent. This means it is less likely to produce a euphoric high than other opioids. 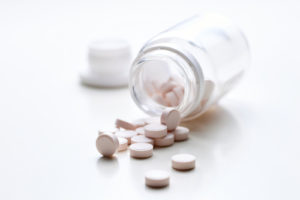 Buprenorphine also has what is called a “ceiling effect,” meaning that after a certain amount is ingested, it no longer activates opioid receptors. Naloxone actually works to kick opioids from opioid receptors in the brain, acting as an opioid antagonist. The naloxone in Suboxone typically remains dormant unless other full opioid agonists are introduced or if the Suboxone itself is abused via injection. If abused, the naloxone part of Suboxone will activate and can cause uncomfortable and challenging withdrawal symptoms.

Both the naloxone component and partial opioid agonist action of buprenorphine act as deterrents to abuse Suboxone. The DEApublishes that there were more than 9 million buprenorphine prescriptions dispensed in 2012 in the United States.

Methadone is also a medication that is approved by the U.S. Food and Drug Administration (FDA) to treat opioid dependence, and the prescribing information also reports that it can be used to treat pain as an analgesic. The pain-relieving component of methadone wears off much more quickly than the central nervous system depressant effects; therefore, it is not generally the first-line treatment for pain management. Instead, methadone is commonly prescribed through federally regulated clinics as part of a medication-assisted treatment (MAT) program for opioid addiction.

As an opioid drug, methadone binds to certain receptors in the brain and blocks pain sensations. It also increases levels of the neurotransmitter dopamine in the brain, thus altering its chemical makeup. Dopamine helps to regulate movement abilities, moods, and sleep functions. High levels of the chemical messenger can make a person feel happy, mellow, sleepy, and sluggish. Opioids are also central nervous system depressants that slow down autonomic functions such as breathing and pulse.

Methadone is prescribed in tablet form, as an oral or liquid solution, and as a dispersible tablet that is dissolved in liquid, the U.S. National Library of Medicine (NLM) publishes. Methadose and Dolophine are brand names for methadone. The DEA reports that in 2013, there were close to 4 million prescriptions of methadone dispensed in the U.S.

Both methadone and Suboxone can be beneficial as part of an opioid addiction treatment program. There are pros and cons to both; therefore, there can be times when one might be preferable over the other. The opioid antagonist component of Suboxone makes it a great medication for helping people stay off illicit opioids long-term, but that same component can precipitate withdrawal if taken too early in treatment. For this reason, methadone or pure buprenorphine is typically preferred during an opioid detox program until full opioid agonists are completely out of the system.

Both methadone and Suboxone may be abused. The National Survey on Drug Use and Health (NSDUH) indicates that 0.3 percent of the American population misused a buprenorphine product in 2016 while 0.1 percent misused methadone. Suboxone is likely misused less than single buprenorphine products due to the addition of naloxone.

The risk for overdose when abusing methadone is slightly higher than that of buprenorphine since methadone is a full opioid agonist as opposed to a partial one. While methadone may be abused as an opioid drug for the associated euphoric high, Suboxone is more apt to be misused in an attempt to avoid withdrawal between other opioid doses or for a slight buzz.

Suboxone has been dubbed “prison heroin,” as it has been known to be smuggled into jails and prisons taped to the pages of children’s books or coloring pages. Both Suboxone and methadone are tightly controlled and regulated as potential drugs of abuse with addictive potential.

Overall, the main differences between methadone and Suboxone are as follows:

Suboxone is often considered the safer alternative to methadone for opioid addiction treatment; however, the choice between the two is highly personal and should be made with the help of trained professionals. Both Suboxone and methadone use have potential side effects. Both should be administered as part of a complete addiction treatment program that also includes therapeutic methods and close supervision.