Suboxone is the combination of two drugs buprenorphine and naloxone, both opioids that work in very different ways. Buprenorphine is a partial opioid agonist, meaning that it has very minimal effects when compared to other opioids like heroin, fentanyl, or oxycodone, which are full opioid agonists. The difference is that when a full opioid agonist binds to opioid receptors in the brain or the central nervous system, it activates them completely. This induces the strongest euphoria and the greatest degree of analgesic properties in the shortest period of time.

A partial opioid agonist, on the other hand, only partially activates the receptors. The euphoria is negligible compared to that of stronger opioids. There may not be a full blockage of pain, and the time of onset is considerably longer. Buprenorphine is designed to have these effects.

The Substance Abuse and Mental Health Services Administration points out that this lowers the risk of buprenorphine being abused, and it can also reduce the severity of opiate withdrawal effects. This latter characteristic also holds when the patient goes without buprenorphine itself because the person is unlikely to develop as significant physical and psychological dependence on the buprenorphine as they might on a full opioid agonist.

Naloxone is a pure opioid antagonist. Unlike full or partial agonists, antagonists block receptors from binding to other opioid molecules. Antagonists can even displace opioid molecules that had already bound to receptors, and this is why naloxone is used to reverse an opioid overdose in progress. The administration of the naloxone releases the receptors from the opioids that were threatening to shut down the body’s vital functions, primarily breathing.

Naloxone actively undoes the effects of full opioid agonists, but this can be a double-edged sword. For those who have a severe addiction to opioids, simply administering naloxone can exacerbate opiate withdrawal effects, which are already considerably painful and distressing. This is why naloxone is given with a partial opioid agonist, to ease the transition away from full agonists and move toward a need for lighter and relatively safer opioids.

Suboxone has been dubbed “the drug that could combat the heroin epidemic” by The Washington Post. This is based, in part, on the results of studies like those published in the Journal of the American Medical Association. In 2008, a survey of 154 adults who were put on a 12-week Suboxone program showed much better outcomes regarding their use of other drugs (such as cocaine, cannabis, and other opioids) than patients who received standard treatment without Suboxone. One of the investigators in the study commented that the patients who received Suboxone had no complaints about sedation, which is usually the case when other medications for opioid treatment are used, such as methadone. Additionally, patients were content with the relatively milder narcotic effects of the Suboxone. They were able to stay awake and functional immediately after the treatment compared to how they felt with other forms of opioid maintenance therapy where the sedative effects lingered.

The Risks of Suboxone

Despite this, Suboxone is not without its own risks. In 2013, sales of Suboxone passed $1.55 billion, eclipsing Viagra and Adderall; that same year, the Drug Enforcement Administration reported that prescriptions of buprenorphine topped nine million. It speaks to Suboxone’s effectiveness, but also to the rising popularity of the drug among people who still have such deep-seated addiction problems. The New York Times writes about a 20-year-old man who overdosed on Suboxone. The friend who illegally supplied him with the drug was sentenced to 71 months in prison, claiming that he did not know Suboxone was a potentially dangerous drug.

In the same way that corrupt doctors and pharmacists sell unauthorized quantities of hydrocodone and oxycodone on a cash-only, no-questions-asked basis (so-called “pill mills”), there is also a black market for Suboxone. In the absence of comprehensive treatment programs, says the Wall Street Journal, many patients are compelled to try and take their recovery into their own hands, and there is always a dealer more than happy to make the sale. However, without proper care and guidance, individuals are merely setting themselves up for psychological dependence on another drug even if the other drug in question is not as initially harmful as their original opioids of choice.

For this reason, some experts wonder if Suboxone has become too big. A writer in The Daily Beast questions if Suboxone has successfully displaced heroin in certain circles because getting Suboxone is still legal. Additionally, while heroin comes in distinct forms (white power, and brown paste), Suboxone is relatively easier to conceal and disguise.

The situation is such that the National Pain Report asks if the effectiveness and use of Suboxone will precipitate another drug epidemic. An addiction specialist and pharmacist said that the reality of having to even consider that a treatment drug can kick off another branch of the current drug epidemic was insane.

Can Suboxone Work by Itself?

The concept of receiving inadequate treatment is behind some hard questions being asked about the use of Suboxone. Patients who are merely put on a schedule of Suboxone will likely struggle to cope with the psychological causes and effects of their initial opioid abuse. Indeed, heroin has such a profound impact on brain functioning that research has shown that people in recovery still struggle with urges to use again, even years after maintaining abstinence.

For this reason, Suboxone will rarely, suffice as a sole measure of opioid abuse treatment. For the patient to have the best prospects for long-term recovery, they should receive mental health counseling as a natural continuation of medication-assisted treatment. Counseling will help the patient address the destructive behaviors that compelled the opioid abuse and give the patient the necessary coping strategies to keep Suboxone use in check.

Aftercare support groups like peer-led programs, some of them based on the 12-Step model of Alcoholics Anonymous, put the patient in contact with other people who are on the rtod of recovery themselves. Support groups give participants a safe space to share success stories, admit setbacks, and receive accountability and encouragement from those who have firsthand experience with the reality of opioid addiction and recovery with Suboxone.

Without the mental health and group therapy components, Suboxone therapy runs the risk of giving a person in opioid recovery a new opioid – one that is specifically engineered to be less addictive than a full opioid agonist, but without the proper guidance to maximize its potential.

As an opioid, Suboxone carries some side effects that share similarities with other opioids.

Even being a partial opioid agonist, Suboxone can still cause respiratory depression. When the opioid molecules attach to receptors in the central nervous system, they depress the CNS, slowing it down and causing the body systems it regulates to also slow down. This is why people taking opioids struggle with constipation as the opioids impede the regulation of the gastrointestinal system. Similarly, an opioid will inhibit activity in the central nervous system to the point where the breathing mechanisms also slow down. 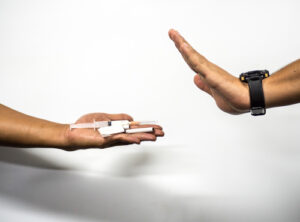 Respiratory failure is not simply a breathing problem. It describes a medical emergency where the lungs are not drawing in enough oxygen, which means that the many organs across the body that require oxygen to function are not getting the oxygenated blood they need. If left unchecked, respiratory failure can culminate in respiratory depression, which is when the breathing rate falls below safety standards. If left further untreated, this can result in respiratory arrest, which is when breathing completely stops. Individuals are in danger of falling into a coma, suffering irreversible brain damage (because the brain is not getting enough, or any, oxygen), and finally death.

Generally speaking, the more opioids are consumed and the stronger the opioids, the greater the degree to which the respiratory system is suppressed. As a partial agonist, buprenorphine/Suboxone will typically not endanger the patient’s breathing the way heroin or oxycodone might, but there is still a risk.

Taking too much buprenorphine, or taking it for too long, can similarly lower the threshold at which respiratory depression can take place.

In most circumstances, naloxone alone might be enough to reverse the overdose that usually starts the chain reaction of respiratory depression. As a pure opioid antagonist, naloxone removes the opioid molecules activating the opioid receptors to the point where they depress the central nervous system.

However, naloxone might not work if the overdose was started by a combination of other depressants. If a patient’s overdose was caused by buprenorphine, other methods of resuscitation might be required.

Respiratory depression occurs in up to 10 percent of Suboxone patients, making it the most common side effect of the drug.

Suboxone and the Law

Suboxone’s effectiveness in the fight against opioid abuse is undeniable, and so are the risks of overusing Suboxone, which is why the Drug Enforcement Administration lists it as a Schedule III drug in the United States. A Schedule III classification recognizes the legitimate medical uses of Suboxone, but there is a risk of developing a low to moderate physical dependence on the medication and a high risk of psychological dependence taking hold.

Buprenorphine was originally listed as a Schedule V substance and was subject to lenient government regulations. In 2002, the Department of Health and Human Services recommended to the DEA that buprenorphine be more strictly controlled because it had more to do with other Schedule III narcotics (such as certain amounts of Tylenol with codeine) than Schedule V drugs, which have a low chance of abuse and consist mostly of medications with small quantities of certain narcotics.

As a Schedule III drug, buprenorphine/Suboxone is not available to patients without a prescription. Unlawfully selling or buying it can land a person in jail, with thousands of dollars worth of fines. So loaded is the use of Suboxone that a patient would need “a very liberal psychiatrist” to prove that the drug can be used for other conditions, even one as serious as treatment-resistant depression.

That Suboxone engenders such stringent limitations speaks to the curious place it occupies. A drug that could theoretically be one of the best weapons in the fight against the opioid epidemic is itself potentially dangerous enough that illegally trading in it is a serious crime.