How Long Does PCP Stay in Your System? (Blood, Urine & More)

PCP is hard on the liver, which metabolizes it. Many factors can influence how long it remains in the body and is detectable in drug tests.

Factors that could affect how long PCP stays in the body include:

PCP’s many effects make it hard to gauge exactly how long it can be detected in a variety of drug tests. Some people report using a variety of strategies to get rid of the drug from their system faster.

An essay published on Thrillist explains self-reported methods for how some people choose to get rid of drugs in their bodies. These methods were used for drugs other than PCP. Though they may have moderate results for some people, the best way to pass a drug test is to abstain from drugs altogether or for long periods.

Drink a lot of water. This is one of the oldest methods used to pass a drug test. However, people with excess water in their urine tests may get tested via other methods if their results are inconclusive.

Use bentonite clay. Scientific data have not backed this method, and its use is only anecdotal. Bentonite clay supposedly sticks to drugs and causes a person to excrete them.

Consume pectin. This fiber is found in fruits. Some individuals have reported passing drug tests by taking a large amount of it.

How Long is PCP Detectable on Drug Tests?

These are the best estimates for how long PCP use can be detected on common drug tests.

Urine: The U.S Food and Drug Administration (FDA) says an individual can expect to get a positive PCP test result as soon as four to six hours after use. The drug may be detected in urine tests for seven to 14 days after use.

Blood: PCP is detectable in blood for 24 hours after use.

Saliva: The drug may show up on saliva tests for one to 10 days following use.

Hair: Most drugs are detectable in a hair follicle test for up to 90 days after use.

These are rare with actual PCP use, but other drugs are known to give a false-positive result for PCP, according to a study published in Clinical Toxicology (Philadelphia). These drugs include:

Phencyclidine (PCP) was initially intended to be used as an anesthetic, and it was invented in the 1950s with this intention. Doctors chose to stop using it because of its many adverse aftereffects.

The drug was even used in veterinary procedures until it became illegal in the United States in 1978. No longer available for use as a legal drug, PCP became a popular street drug in the 1970s. It is only available through unlawful means today.

It is known by various names on the street, such as rocket fuel, an elephant tranquilizer, angel dust, Supergrass, Wack, Killer Weed, and Embalming Fluid.

PCP is sold as a white powder, a liquid, pills, and tablets. However, some sellers use dyes to create PCP tablets in different colors. Users also add PCP to their cigarettes, marijuana leaves, or mints.

Medscape reports that PCP’s estimated half-life is 17.4 hours, but longer estimates put its half-life at one to four days. The effects of PCP begin quickly and could last for hours after taking it.

Because of its effects, PCP is considered a hallucinogen, specifically a dissociative anesthetic. People often take PCP so that they can become detached from their environment. Effects of PCP are known to last as long as two days if large doses are taken.

PCP is fat-soluble, and traces of it remain in the brain and body fat. This means PCP accumulates in the body and could cause even more visible effects in people who use it repeatedly.

Though PCP causes many symptoms, the dosage can influence how easy it might for a person to overdose on the drug. The following symptoms are associated with different dosage levels: 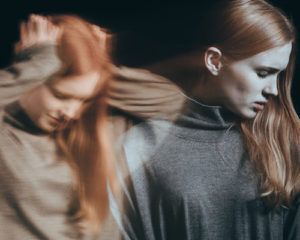 Taking PCP in doses of more than 20 mg (milligrams) can cause some of the drug’s more dangerous symptoms. Becoming addicted to the drug is easy.

Since some of it remains in the body after most of it is flushed out, it can be detected on drug tests more easily than drugs that are not fat-soluble.

Dependency and tolerance are also common with PCP. This means a person will have to take more PCP to get the same effects that they did when they took less. PCP’s accumulation in the body also means it takes longer for the body to get rid of it.