There is no denying that heroin is an incredibly dangerous drug. In the midst of the opioid crisis, heroin abuse has resulted in tens of thousands of overdose deaths, accounting for nearly 16,000 deaths in the United States in 2016.

The high chances of a fatal overdose are certainly frightening enough, especially when considering how often heroin is cut with the deadly synthetic opioid analog fentanyl. However, even if someone avoids overdosing, the long-term effects of heroin can cause serious, potentially fatal issues both physically and psychologically.

Heroin addiction has the power to take a healthy person and leave them crippled with severe health problems, vulnerable to infectious diseases, and with potentially permanent damage to their brain functioning and major bodily organs.

Overdosing on heroin is a danger that should never be taken lightly, but it is also incredibly important that people understand the long-term effects of heroin abuse and how addiction can destroy your body and your brain without ever experiencing an overdose.

How Does Heroin Addiction Affect the Brain and Body?

Heroin addiction works by fundamentally changing the chemistry of your brain over time, targeting the brain’s opioid receptors, and disrupting key functions within the limbic system, which is the pleasure and reward center of the brain.

The brain naturally creates opioids, which are neurotransmitters that perform a variety of different functions, but mainly are responsible for pain and stress management, blocking the nerve signals carrying these feelings from reaching the brain.

What heroin does once it enters the body is mimic the opioids naturally produced by the brain to bind to and activate the brain’s opioid receptors. This process stimulates the receptors into overproduction, which creates a flood of excess opioids that overloads the brain, dulling the sensation of pain and creating intense feelings of sedation.

The influx of opioids creates extremely strong blocks around both the spinal cord and the brain stem to keep pain signals out, even those caused by severe injury. The opioids in the brain stem also slow down breathing, which is where opioids get their cough-suppressing effects, as well as the onset of drowsiness.

The secondary effects of heroin are centered on the limbic system. And while the primary effect of the excess opioids is masking pain, what heroin does to the limbic system is crucial in the process of rewiring the brain so that it becomes dependent on heroin use.

Within the limbic system, a neurotransmitter called dopamine controls emotions, cognition, and how we process motivation and reward. The limbic system uses dopamine, and the feelings of euphoria and pleasure it provokes in the brain, to train you to perform actions that essentially help keep you alive. Dopamine is released in response to things like rest, nourishment, social connections, and things that make you happy.

Heroin stimulates the levels of dopamine in the limbic system, creating a strong rush of euphoria. The brain recognizes the release of dopamine as a reward for a performed activity. And, because the feelings of intense pleasure provided by heroin are so much stronger than a natural dopamine response, the more you use heroin, the more it pushes out every other activity that might produce dopamine.

This is how heroin can take over your life, becoming the driving force behind all of your decisions because now nothing else can provide the same feelings of pleasure as heroin. This is also because, as you continue to abuse heroin, your brain will produce less of its own dopamine, and the brain’s opioid receptors will also become less sensitive, requiring more heroin to activate them.

This tolerance to heroin is also what makes the brain and body depend on it as you need more heroin to achieve the same effects as before, and also causes the intense symptoms of withdrawal when your system is deprived of heroin.

What are the Psychological Effects of Heroin Addiction?

The long-term psychological effects of heroin can cause a whole host of problems when it comes to brain functioning. Heroin can permanently alter the brain in ways that cannot be reversed, even after someone has stopped using. The long-term effects of heroin on the brain mean that the longer someone abuses heroin, the less likely their brain will ever function like it did before they became addicted.

One of the long-term effects of heroin addiction on the brain includes the deterioration of white matter in the brain, which can cause:

Long-Term Effects of Heroin on the Brain

Another result of long-term heroin addiction is that when someone is not using, they are plagued with intense psychological withdrawal symptoms, including:

If you already have a mental health disorder, heroin addiction is only going to make its symptoms more difficult to bear, magnifying feelings of depression and paranoia, and antisocial behavior. The magnitude of the psychological effects of heroin addiction means that even if you do not overdose, you may never be the same person you were before becoming addicted.

What are the Physical Effects of Heroin Addiction?

While the psychological effects of heroin addiction are not to be minimized, the physical effects of heroin are as wide-ranging as they are damaging, working to destroy the body from all sides. It starts with a general decline in personal hygiene and addressing basic needs like eating properly and getting enough sleep, in other words, things that used to release dopamine but now pale in comparison to what heroin can provide.

Some physical effects of heroin addiction on the body include:

Physical Effects of Heroin Use

Long-term heroin addiction can also lead to major organ damage, including liver or heart disease and damage to the kidneys. Another physical effect of heroin addiction is a significantly weakened immune system that can lead to frequent infections that can have a much greater impact on your body, as your immune system will be unable to fight off even minor forms of bacteria.

But it doesn’t stop there.

The different ways that heroin can be abused also affect the kinds of potential health problems you can expect to experience. Smoking heroin long-term can lead to serious lung problems that greatly increase the likelihood of contracting pneumonia or tuberculosis, which is made all the more lethal due to how heroin depresses breathing.

If you choose to snort heroin instead, the long-term physical effects include chronic sinus problems and nosebleeds, and a total loss of sense of smell and taste. You could also tear a hole in the tissue that separates your nasal passages, and even cause the total collapse of your nasal cavity.

But the most common form of heroin use by far is via intravenous injection. Injecting heroin can lead to inflammation in the lining and valves of the heart and collapsed veins. 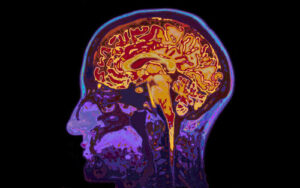 “It’s also important to remember that when you inject heroin, you are rarely getting just heroin. The additives that heroin is frequently cut with to keep it cheap can cause clots to form in your veins and arteries, clogging them and potentially causing a heart attack or stroke.”

There are also secondary physical dangers to intravenous use, including an increased risk of contracting hepatitis, HIV, or other bloodborne diseases from sharing needles with infected individuals.

If there’s one thing that the debilitating, potentially fatal physical effects of heroin illustrate, it’s that the consequences of addiction can reach far beyond the danger of overdosing.

Start Your Journey to Recovery Today

If you or someone you care about is currently struggling with an addiction to heroin, waiting to seek out addiction treatment can have catastrophic physical and psychological consequences.

Delphi Behavioral Health Group can help get you connected to the professional treatment and resources you need to help you or your loved one escape the weight of addiction. Our addiction specialists are available 24/7 to help you take the important first steps toward recovery, whether it’s finding a treatment program, verifying your insurance, or answering any questions or concerns you might have.