How to Avoid a Lethal Outcome (Death) During Heroin Withdrawal

Heroin addiction is part of the current opioid epidemic that has swept across the United States. In 2017, the U.S. Department of Health and Human Services (HHS) declared the opioid overdose crisis a public health emergency. In 2016 and 2017, 15,469 people died from a heroin overdose; 886,000 people used heroin, and 81,000 of those people used it for the first time. On average, more than 130 people die every day from opioid overdoses.

The National Institute on Drug Abuse (NIDA) explains that heroin is derived from morphine and can be injected, sniffed, or smoked. The effects of heroin are felt when it enters the brain and binds to opioid receptors that are involved with feelings of pain and pleasure. People use heroin for the high it produces, which can be described as a surge of euphoria and pleasure.

Additional side effects of heroin include:

Side Effects of Heroin

More severe side effects that are commonly observed in people who have a long-term history of heroin use include:

Severe Side Effects of Long-Term Heroin Use

In addition to the above possible adverse side effects, people who inject heroin put themselves at an increased risk for contracting hepatitis C or HIV through shared needles. It is also possible to overdose on heroin.

In the case of overdose, a person’s breathing is suppressed to where it slows down significantly or even stops. If death does not occur, an overdose can still cause permanent brain damage or coma.

Anyone who decides to get sober once an addiction has set in will most likely go through a withdrawal period. Whether you have been using heroin for a long time or had a night of heavy use, you are likely to experience withdrawal symptoms when you stop using. Typically, symptoms start to appear between six and 12 hours after last use. They will probably be the worst after one to three days and then taper off over the next five-to-seven days.

Some people may be through the withdrawal phase after a week, but others may experience post-acute withdrawal symptoms (PAWS) that can last up to two years after substance use has stopped. People in recovery from opioid addiction, such as heroin, often experience PAWS for many months. Typical symptoms of PAWS are insomnia, anxiety, depression, and lowered impulse control.

Withdrawal symptoms will be experienced differently by every person and to different degrees. Common heroin withdrawals symptoms include the following:

For the most part, heroin withdrawal will not kill you. The severity of withdrawal symptoms will vary depending on the length of drug use, type of drug use, and physical health. It is almost guaranteed to be an uncomfortable period, but most people will get through it safely, especially if being monitored by medical professionals.

Some people, however, who have had a serious heroin habit for many years and are not in good physical condition are at a greater risk of experiencing more severe withdrawal symptoms, such as seizures. If you are in this group and attempt to detox on your own, you could be putting yourself at great risk. 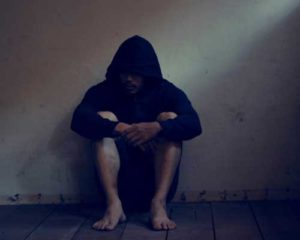 It is possible to die from heroin withdrawal if withdrawal symptoms become severe enough. Severe vomiting and diarrhea can lead to dehydration and elevated sodium levels in the blood, which can, in turn, lead to heart failure. For this reason, seeking medical help to get you through the detox process is the safest thing to do.

You may also be putting yourself at risk of experiencing dangerous withdrawal symptoms if you attempt to rapidly detox on your own. The body may not be able to adjust quickly enough to such an extreme change as removing heroin from your system. The safest way to detox is to receive a gradual detox or tapering plan from a medical professional.

How to Safely Get Through Withdrawal

Withdrawal from heroin must be done cautiously and under medical supervision, whenever possible. While life-threatening withdrawal symptoms are not likely, complications can endanger life. Quitting heroin suddenly, like alcohol or benzodiazepines, can be very dangerous. Most addiction treatment programs begin with a medically assisted detox period to see clients safely through this phase of treatment.

Medication-assisted treatment (MAT) provides a safe way to detox. It uses medications to safely get people through the withdrawal process. The medications help people to stop using heroin by reducing cravings and withdrawal symptoms. However, the medications do not produce the same addictive high that heroin does. These medicines can’t address the emotional withdrawal symptoms or behavioral symptoms of addiction, but they do help the body physically adjust to the drug exiting the system.

NIDA explains that medications have been developed to help get people through the physically challenging withdrawal period that can prevent people from getting sober. Lofexidine, buprenorphine, and methadone are three drugs that have been approved by the U.S. Food and Drug Administration (FDA) for the use of assisting people through the opioid detox period.

Studies have found that people who participate in medically assisted detox experience greater positive treatment outcomes than people who do not receive any medical assistance during this period. Not only do they get through the detox period with less physical discomfort, but they also have higher abstinence rates following treatment.

“People who receive medically assisted detox are safely taken care of throughout the detox process and are more likely to refrain from substance use when they exit their treatment programs.”

The Most Vulnerable Period

When someone is undergoing heroin withdrawal, they are in a very vulnerable place. Emotionally, the withdrawal period is extremely challenging. Individuals must ignore intense cravings to use heroin while also likely dealing with feelings of anxiety, depression, and general dissatisfaction with life.

Heroin withdrawal creates a physically vulnerable period for the individual as well. Beyond just being uncomfortable, withdrawal symptoms can be dangerous to overall health. Fortunately, treatment programs are well prepared to provide medical assistance and care to see you safely through the detox process and onto your personal journey of addiction recovery.