Kratom is a controversial herbal supplement that produces symptoms similar to opioid medications. It is native to Southeast Asia and derived from the leaves of a tropical evergreen tree. People have used it as a pain reliever, a stimulant, and a treatment for opioid withdrawal symptoms.

Kratom advocates the plant’s healing benefits, saying it can ease several health problems such as fibromyalgia, back pain, and carpal tunnel, to name a few. But federal authorities say kratom offers no medical use and that it comes with health and abuse risks that have initiated past attempts to ban it. The DEA has sought to make it a Schedule I drug, which would ban the substance. Some states and cities have banned the substance, according to a Pew Research Center report.

The U.S. Food and Drug Administration (FDA) started taking a closer look at kratom in 2016 after it noticed an increase in the shipment of the dietary supplements and bulk dietary ingredients that contained kratom or were kratom itself. According to the federal agency, some observers are concerned that kratom can cause toxicity in multiple organ systems and that consuming it can lead to nausea and constipation among other health problems.

In November 2017, the FDA  issued a public health advisory about the risks associated with kratom.

Part of its statement reads, “There’s clear data on the increasing harms associated with kratom. Calls to U.S. poison control centers regarding kratom have increased 10-fold from 2010 to 2015, with hundreds of calls made each year.

Although kratom addiction is uncommon, especially when taken in small doses, it does have the potential to become habit-forming. There have been records of people developing tolerance and dependence on kratom when taken in high doses for an extensive period of time.

Kratom is scientifically known as Mitragyna speciosa and has been used as traditional medicine in Southeast Asia for hundreds of years. Kratom leaves can be dried and crushed, chewed, smoked, or boiled as tea. Users also take it in capsule or tablet form or as a liquid. Kratom leaves also can be boiled over some time and the remaining contents can be used as an extract.

The difference between kratom and other opioids is that they bind to these receptors versus the mu-opioid receptors. Kratom is considered safe in small doses. However, it can produce undesirable effects in larger doses. Kratom addiction is a result of consuming this drug in large quantities for a long period of time.

Despite its similarities to opioids and their effects, kratom is also used as a stimulant because of its mood-enhancing effects. Kratom use leads to an influx of serotonin and dopamine, causing an increase in mood and a decrease in anxiety. There are concerns that the supplement can be abused for its mild euphoric properties.

The DEA has reported the results of a study that found that people with Thai kratom addiction who chewed the kratom every day for periods between three to 30 years had developed a dependence on it. “Long-term use of kratom produced anorexia, weight loss, insomnia, skin darkening, dry mouth, frequent urination, and constipation,” the DEA reports.

The Pew Research Center reports, “Animal studies have shown that kratom use may lead to addiction. But user surveys indicate that although the herb can be habit-forming, withdrawal symptoms are no worse than those encountered when quitting coffee, sugar, or certain herbal supplements. Withdrawal symptoms, which typically last three to four days, include muscle aches, cravings, a runny nose, restlessness, and mood swings.”

When used in high doses, kratom users likely feel sedative effects. Some kratom users have taken it to reduce cravings for opiates/opioids and manage pains that come when reducing and/or stopping use. Kratom has also been sought out as an alternative to using oxycodone, hydrocodone, and heroin. While this practice appeals to some users, the reality is that they may be substituting one drug dependence for another.

Although the psychoactive drug kratom typically goes by and is widely recognized by this name, there are alternative names such as:

How Addictive is Kratom?

The DEA still has kratom in its crosshairs, continuing to monitor research and case studies as they are released to determine whether or not the drug’s reported positive effects outweigh the negative, or vice versa.

As of this writing, both the DEA and FDA have not released a statement regarding the fate of kratom. They have not disclosed which way they may be leaning in terms of whether or not it will be identified as a Schedule I drug as the U.S. Department of Health and Human Services (HHS) recommends or allowed to remain easily accessible online, at truck stops, and in some cafes.

The recommendation prepared by HHS is a valuable part of the process, according to DEA and FDA representatives, but there is not yet an indication of which way the hammer will fall. Though the rates of death reportedly caused by kratom use are relatively low in the United States, kratom addiction is wreaking havoc in Thai villages and other Asian countries.

On the other hand, the anecdotal evidence is mixed. Many people report that using a low dose of kratom helped them to manage PTSD symptoms, anxiety, or the withdrawal symptoms associated with opioid addiction detox with huge success. They call it a lifesaver and swear they had tried everything and nothing had worked.

Others report that their family members began using the drug for the same reasons — to manage an ongoing mental health issue or to maintain abstinence in recovery — and ultimately died of kratom poisoning when they took too much or inadvertently overloaded their system over time.

“In places where the drug is readily accessible, there are high rates of abuse and addiction. Emaciated bodies, teeth rotted from chewing the leaves, and delusional and often erratic emotional states define the life of kratom addiction in other parts of the world.”

While it may be true that with careful and minimal use kratom may be beneficial in certain circumstances, it is also true that abuse and chronic use can lead to a fatal overdose.

What are the Signs of Kratom Addiction?

Kratom addiction can be easy to spot if you know the signs. If you or someone you know is abusing Kratom, they will display symptoms such as:

When it comes to kratom addiction, these signs are the most common. Since kratom is notorious for building tolerance and dependence, anyone using the drug in excess will display these symptoms early in their drug use.

What is Involved in Kratom Addiction Treatment?

Kratom addiction will require a medical detox as the initial stage of treatment. Detoxification facilities are important to anyone suffering from addiction because they create a safe, effective environment to rid the drugs from the body. Detoxing from kratom can be uncomfortable, which is why it is imperative for you or someone you know to attend a medical facility.

During a detox program, you will be given medications to combat the symptoms of withdrawal. Although this is the first step of recovery, it is the most important. Without removing the drugs from the body, the recovery process is impossible. Detox usually lasts anywhere from three to 10 days. During this time, the medical staff will be as accommodating as possible to ensure your safety, comfortability, and success in further programs.

After detox, you must attend a residential facility to continue the recovery process. Residential programs typically last anywhere from 30 to 90 days and involve a much deeper look into the disease of addiction. This treatment program is important because it allows time away from the drugs or dangerous environments and it also allows you to learn how to cope with life without the use of drugs.

Residential should then be followed by an outpatient program that offers a less intense level of therapy. These can last anywhere up to nine weeks; however, you will only need to attend one to three days a week for a couple of hours. Transitioning into society after a long-term kratom addiction can be difficult, which is why continuing treatment is imperative for success. In outpatient programs, you will be living and working outside of a treatment facility while also having the accountability of professionals and peers.

Another form of support for kratom addiction is attending 12-step meetings or individual therapy. These effective tools will aid and guide you to success during your recovery process.

How Dangerous is Kratom?

Although there is little evidence supporting kratom addiction to be dangerous, there are a few risks associated with the overconsumption of this drug. Kratom does have a high potential for abuse and it also can result in an overdose if used in large quantities.

In 2016, there were hundreds of calls to police regarding near-death experiences due to exposure to kratom. Although there are a few reports stating kratom is, in fact dangerous, a PBS article states,

“For now, kratom is legal but considered a drug of concern. Online shops and brick and mortar stores selling kratom are doing so legally.” 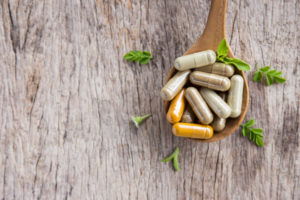 Since the drug is so new and there are few studies conducted on the effects it has on the brain and body, the legality of kratom is currently undecided by the Drug Enforcement Administration (DEA).

However, several states are beginning to pass legislation controlling its use. If you use kratom, you never really know what you’re getting, and that possibility alone contributes to the number of kratom-related issues.

A study confirms the idea of kratom helping opioid addiction to be dangerous and ineffective. People have sought out this drug as a cure for opioid addiction, however, in this case, and presumably, in many others, it was ineffective and lead to negative consequences—ultimately resulting in the individual seeking professional help.

About Paige Hohmann: Paige is a writer for Delphi and has dedicated her career to creating well-researched content so that those that are in search of treatment can find the help they need.