The Dangers of Buying Heroin Online

Many people who abuse heroin or other opioids are turning to online sources, assuming that buying directly from the manufacturer could be safer. Unfortunately, they are still likely to get a tainted, diluted, or different product, which puts them at risk of death.

Heroin is one of the most dangerous and addictive opioid drugs in the world. The United States has struggled with several epidemics of heroin abuse and addiction, starting when the substance was synthesized from morphine in the 19th century.

The original intent of heroin was to replace morphine, which had led to an epidemic of opioid addiction after the Civil War. Unfortunately, the faster action of heroin led to a quicker high, and that proved to be more addictive. That led to an overdose faster than morphine.

The current opioid addiction and overdose epidemic in the U.S. started with new prescription opioids, like hydrocodone and oxycodone, being prescribed more widely for lower levels of pain. The  U.S. Centers for Disease Control and Prevention (CDC) reports that, between 1999 and 2017, about 700,000 people died from drug overdoses, of which 68 percent involved an opioid drug. On average, 130 Americans die every day from opioid drugs, including heroin and, increasingly, fentanyl.

Since 2010, heroin has been the leading cause of opioid addiction and overdose death in the country, but since 2013, illicit fentanyl has caused more of these overdose deaths. Many people who struggle with addiction to heroin end up suffering overdoses due to the presence of fentanyl in the drugs they buy. There are many other heroin additives, but fentanyl has been the most dangerous.

The Rise of Illicit Drugs Online

In May 2018, a new Global Drug Survey reported that more people were turning to the “dark web” and other online resources to get illicit and intoxicating drugs. About 10 percent of the survey’s respondents reported that they had used darknet markets to purchase substances like heroin in the past year. The United States ranked third for residents purchasing from illicit drug companies online, with about 17 percent of respondents saying they bought drugs through special servers and browsers that masked their internet protocol (IP) addresses. 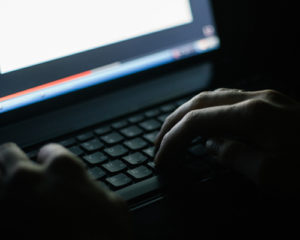 Acquiring illicit opioids online is incredibly simple. A 2017 U.S. Senate investigation by staffers reported it was possible to simply use a search engine, enter a phrase like “heroin for sale,” and then pay with digital options, ranging from Bitcoin to PayPal to Western Union. The drugs would then be shipped through the mail — likely from another country and crossing several state lines, which constitutes several federal crimes — and arriving at one’s door a few days later.

While the Senate investigation looked into fentanyl, buying nearly any drug from websites that are not even involved in the dark web was shockingly easy.

While surveys report that getting illegal and dangerous drugs online is easy, many people believe it is safer than purchasing street drugs, but this is not correct. People buying drugs online rather than in person are at lower risk of physical or sexual assault, but they are at higher risk of having their identities and financial information stolen. They are at about the same risk of abusing the wrong drug, a drug cut with inert adulterants, or a drug cut with other dangerous drugs.

Heroin is most often mixed with inert substances like the following:

These may not cause a toxic reaction, but when injected intravenously or snorted, they can cause blood clots or other risks that may lead to a stroke or heart failure. Heroin may also be cut with dangerous substances like:

Dangerous Substances Heroin May Be Mixed With

Many of these drugs cause minor reactions in people who take them. For example, drinking a cup of coffee may make you feel slightly more awake or alert due to the caffeine, but you will not overdose on this substance alone. However, combined with heroin, these drugs may interact with each other in physically dangerous ways, triggering an overdose.

Heroin may also be cut with laundry detergent, rat poison, or other white or off-white powders that look like the drug. Additives mean that a drug dealer can sell you less of the substance and make more money. Meanwhile, you are at risk of poisoning, overdose, and death.

If you buy these drugs online, you may assume that you are receiving a purer substance, as you may think you are buying directly from the drug manufacturer. However, many illicit drug manufacturers will lie about what they have produced because they want your money. With the rise of illicitly produced fentanyl, which is very cheap to make, more people who sell “heroin” are actually selling fentanyl, which is about 50 times more potent than heroin.

The risk from fentanyl has become so great that some states and charities are issuing heroin testing kits, so people who struggle with addiction to heroin can tell if they have received a drug that contains a more potent opioid. They can then either get rid of it or dose themselves accordingly.

With more people overdosing on opioid substances than ever before, and fentanyl being the primary cause, harm reduction groups advocate for wider use of testing kits like these. Reducing opioid overdoses from laced heroin, including heroin bought online, can improve health outcomes and allow people struggling with addiction time to get treatment through evidence-based treatment programs.

If you struggle with heroin addiction, there is no safe way to use this drug. Even if you use testing kits to ensure the purity of the substance, heroin addiction will lead to escalating abuse and an elevated risk of overdose and death.

Fortunately, many addiction treatment programs use the latest scientific understanding of addiction to providing medically supervised detox, including medication-assisted treatment (MAT), so you can taper off opioid abuse and become sober at a pace that works for you. Entering a rehabilitation program gives you access to behavioral treatments through group and individual counseling, so you can change your behaviors around intoxicating substances and learn how to manage triggers for substance abuse like stress.