Obsession and Addiction: Is There a Difference?

Addiction and obsessions are commonly confused with one another, and it’s important to note that there are distinct differences between the two. Distinguishing the difference between the two is often a challenge, and an individual may believe they’re behaving obsessively when it’s addictive. Understanding the distinction between the two will determine the form of treatment necessary.

Addictions and obsessions may appear the same on the outside, but the root causes are different. For example, a person who gambles and spends ten dollars a week on lottery tickets can be addictive, obsessive, or both. The obsessive portion of this behavior is betting at the same store. The addictive part is dreaming how the money is going to be spent, what they’ll buy, and who benefits from winning. The dreaming is active, exciting, and consumes an entire day of thought.

These are two behaviors that require help, but knowing the difference is critical for treating them. Let’s take an in-depth look at the two.

An obsessed individual will be dominated by thoughts of their obsession. This may be one of an infinite number of things, including working out, an idea that people are out to get you, a person, or an inanimate object. Obsessions may also come from places of fear, and these behaviors can result from an individual’s fear of changing. For example, if you feel that your husband is going to leave you, you’ll start obsessing over his every movement.

Obsessions will bring out thoughts or ideas that are consistent, which is problematic to your everyday living when the obsession is all a person can think of. When a person is obsessed with someone else, they will talk about their desire to whoever they can. The obsessor will text or call the person hundreds of times a day, hang hundreds of pictures on their bedroom walls, or even worse, stalk the person – this can be dangerous.

Like other psychological terms, the word obsession has been made to seem like it’s related to someone who is overly passionate. On the contrary, however, passion is a positive result of a person’s love, desire, or urge. Obsession is far beyond that, and when a person suffers from obsession, they’ll behave irrationally to the point it causes disruptions in their life. While passion has a positive connotation, obsession should be considered harmful.

Passion is a way to find happiness in your life, whereas an obsession is finding purpose and joy in one thing. However, addiction is dependent on the execution and dependency on a single drug or behavior.

An individual’s well-being may be disrupted by obsession as their thoughts will be consumed by it. However, in some cases, a person with an obsession can control it to the point that the person they’re obsessed with has no idea. For example, a woman can be obsessed with her best friend’s husband without anyone knowing.

Obsession may be diagnosed as a severe mental disorder when coupled with compulsive behaviors and thoughts, as you’d find with OCD. Obsessive-compulsive disorder is a neurological disease filled with unwanted compulsions and repetitive thoughts that dominate their daily lives. It causes them to have difficulty functioning in the world.

Obsession can turn violent, and it is dominated by desires, ideas, thoughts, and daydreams. It’s described as the domination of unreasonable emotions that preoccupy an individual’s daily life, causing an outpour of irrational behavior. It causes them to dwell on someone or something to a point where everyday living is not possible. Obsessions don’t always lead to addiction, but they do require help. 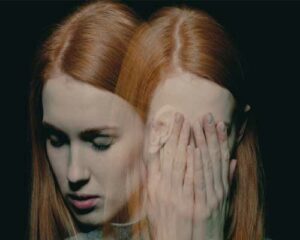 Addiction is viewed as a means of finding a way to escape reality or the person’s perceived reality. Those addicted to drugs or alcohol might use their addiction when they experience high stress levels, which could be something as simple as waking up in the morning. Addiction will cause the person to lose complete control over something, even when they know the dangers they might face. Unfortunately, they’re unable to stop themselves from moving ahead with it.

Addiction is broken down in two different ways – action or drug. Drugs are something you can ingest, while action must be performed, such as gambling or shopping. Despite the difference, addiction causes harmful problems to the person addicted and those around the person. Addiction can have serious ramifications, and in some cases, be fatal. Someone who has reached a level that is considered addiction needs treatment.

The definition of addiction has become increasingly challenging because of the general population and the media describing overindulgence as addiction. For example, a person who loves sugar will be described as addicted to the substance, but this waters down the term into daily terminology, causing it to sound less severe. Harmless indulgences are not addictions, and it’s essential to separate the two.

Addiction is the continued participation in a substance or activity that alters or changes an individual’s mood despite the consequences. It may seem broad, but a person can be addicted to working, shopping, pornography, or gambling. It also helps to describe the abuse of alcohol, pain killers, heroin, or other substances that a person who is addicted thinks about at all times.

As addiction progresses, it will turn into a physical and psychological dependency toward that addiction. There becomes a tolerance, and the person in question must increase their participation in that addiction to chase the high. When a person starts off drinking a few beers, it can slowly progress into drinking a 12-pack a night, or a heroin user takes a higher dose until they overdose.

Not only will their tolerance increase, but upon cessation of the activity or drug, they’ll experience miserable withdrawal symptoms. An addicted person can become psychologically dependent to the point where they believe they can’t live without it and ponder suicide.

Addiction, in its simplest form, is when pleasurable experiences are sought after despite their cost. It’s a compulsion that starts to interfere with daily routines and responsibilities. It gets to a point where the individual must engage in a particular action or ingest a drug to function normally despite how it affects school, work, personal health, or their relationships. Those around the person can only watch in horror unless the individual decides to get help.

What Causes Obsession Or Addiction?

Despite how far physicians and scientists have come, a lot is still left to be learned about the two topics. Although obsession does not evolve into addiction, addiction may start with obsession. Some predispositions factor into why someone becomes obsessed or addicted, including:

Neither addiction nor obsession is a topic that should be taken lightly. They can both be equally as dangerous and cause harm to the person in question and those around them. If you’re struggling with any of what was discussed above, it might be time for a professional assessment.  A doctor will help you determine your next course of action.